A reader reacts to my recent Asimov's novella, "The Stars Do Not Lie" — They liked it.

Me Translate Funny One Day — How does humor translate? (Via .)

How to weaponize office supplies — Because zombies! (Thanks to Lisa Costello.)

True Blue Stands Out in an Earthy Crowd — The color blue, nature and us. (Via my Dad.)

Denny's to Launch a Hobbit Menu Full of Hobbity Food — The End Times are upon us! Fly, you fools! (Thanks, I think, to Jersey Girl in Portland.)

Convincing Women in China They're Too Hairy — Creating inadequacies to sell people products. (Via .)

That's Hot! Beetles Dance on Poop Balls to Keep Cool — I've been on dates like that.

Flatly wrong global warming denial — Climate change denial is like virtually every other major position conservatives take these days. Wrong on the plain face of facts, unsupported by historical experience or future trends, and unpopular with people who have to actually experience the problem. So they lie.

The Gospel according to Obama — “No Christian says I believe in Jesus Christ and I reject the Bible,” Cass says. “These progressives who say they’re Christians are liars. They’re using Christianity as a guise to advance their own agenda.” Projection much, conservative America? (Snurched from Slacktivist Fred Clark.)

The Fraud of Voter Fraud — Ta-Nehisi Coates on current GOP efforts to steal the forthcoming election through wholesale voter suppression at the state level. The Republicans have said effect that it is better to deny hundreds of thousands of (likely Democratic) votes than allow a single fraudulent vote to go through. Note that there have been exactly thirteen cases of documented voter impersonation fraud (the kind of fraud these laws are allegedly intended to address) in the past decade, nationwide. On the other hand, registration fraud (not addressed by these laws) has been pursued wholesale, mostly by GOP groups. Republicans have also flatly stated that the new voter ID laws will deliver the election to Romney. Tell me again how this is a sincere desire for clean, fair elections? Move along, citizen. Nothing to see here but liberal bias.

Gay GOP group: Vote for Romney, he hates you — The bizarre endorsement of the Log Cabin Republicans. That has the be the weirdest group in the conservative movement, bar none.

The Women in Mitt Romney’s Polygamous Heritage. Part Two. — Again, history, not politics. Though the timing of the posts remains curious to me, especially considering the largely conservative, largely apolitical blog they're appearing on.

All Of Mitt Romney's Fancy Lady Policies In One Handy Flowchart — Obviously subject to change depending on whatever new and different highly principled, severely conservative stance R. Money has taken in the last hour or two. (Thanks to Lisa Costello.)

Richard Mourdock: God at work if rape causes pregnancy — This is profoundly disgusting and immoral, not to mention profoundly cruel and ignorant. Why is any sane, humane citizen voting for the Republican party when the GOP endorses and encourages this kind of rhetoric? (And if you don't believe me on that, go read their national and state party platforms.) Both conservatism and religion in America today have become pathologized, and everything that is wrong with them is on gaudy display right here. This is not some lunatic fringe commentator on a Web site. This is a Republican senatorial candidate talking, echoing what we've heard from other major GOP candidates. The Democrats had the sense God gave a goose, they'd hang this statement around Mitt Romney's neck and every downballot GOP candidate in the United States. Are you proud of your Republican party?

?otD: Have you sailed the wide accountant sea? 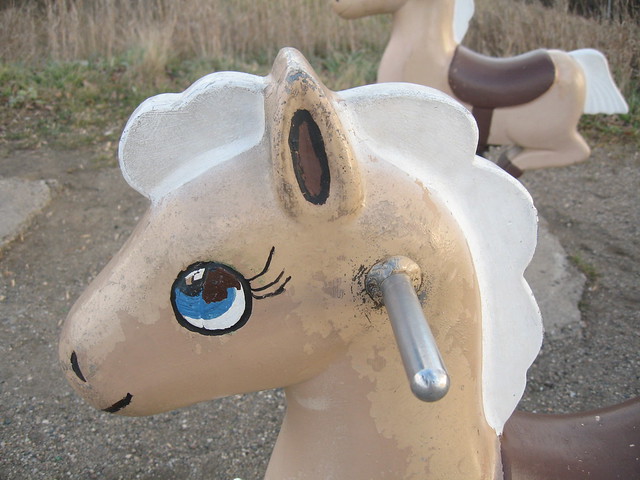 If you read my blog via RSS feed, and you're experiencing any problems such as delayed updates, please let me know. Trying to track down a possible issue/bug.

I'm a big fan of Apple hardware, and a moderate fan of Apple software. (And no, I don't like their walled garden ecosystem either, but I choose to put up with it for the slick, highly convenience of the devices, the incredibly low maintenance load on me, and the intra-Apple cross-platform integration.) I'm also generally a fan of Apple's customer service and repair policies. I've had a couple of questionable experiences over the years since my first Apple Macintosh 512K in 1985, both of which were eventually resolved favorably.

(The obvious exception to the above is the Google Maps/Apple Maps fiasco in iOS6, but I don't want to rant about that here. That's not the point of this post. But as long as I'm on the subject, hey, Apple, give us back our God damned Google Maps.)

Over the weekend, 's 3+-year-old MacBook Pro had a total hard drive failure. 99%+ of her data has been recovered, due to good backup hygiene and me being able to image the failing disk before it went completely kerflooie, so this is a significant inconvenience rather than a major disaster. Team E— was kind enough to take the laptop into the Pioneer Place Apple Store here in Portland on Monday.

I don't have a big issue with a nearly four-year-old machine losing a hard drive. And yes, it's out of warranty, even with extended AppleCare. What I do have an issue with is that the same hard drive was replaced less than a year ago, near the expiration of the computer's AppleCare contract. I asked if a less than one-year-old hard drive could reasonably be expected to fail, and if the part was warranteed separately based on its installation date.

Well, no, and no. Repair parts are warranteed for ninety days from installation.

I mean, too bad for me. I'm not going to start writing complaint letters to customer service or anything. But new-in-box hardware from Apple comes with a one-year warranty. I would expect the same from OEM replacement parts installed by Apple.

It is a rare disappointment for me from a company that I've always equated with both admirable hard quality and excellent customer service.