Why We Need Impossible Worlds

One of the best 'worst placed ads' ever — Hahah. (Via David Goldman.)

Many With Incurable Cancer Think They Can Be Cured — Majority of Advanced Cancer Patients Believe Chemotherapy Can Cure Them. My admittedly limited experience of oncologists and oncology N.P.s (six doctor and seven or eight N.P.s with whom I've had at least one consultation) is that they talk around the mortality issues far more often than not. I assume this is a technique to avoid inducing bleak depression, but it also feeds the very human need on the patients' part for wishful thinking about outcomes.

How to eat a Triceratops — Tyrannosaurus tore the head off armoured prey to reach the tender neck meat. (Via Lisa Costello.)

Geoengineering Could Be Essential to Reducing the Risk of Climate Change — Using technology to cool the planet may be the only way to deal with the greenhouse gases already in the atmosphere, argues scientist David Keith. Lies. Lies from the pit of hell. Pay no attention to Hurricane Sandy, that's just a liberal put-on.

Climate scientist gets compared to Jerry Sandusky, files libel suit — Michael Mann—of the iconic hockey stick graph—is fed up with being called a fraud. A flipside view of one of the core elements of conservative antiscience idiocy. In many ways, the focus on Mann is a product of a very odd failure of logic. The basic outlines of anthropogenic climate change—the greenhouse effect, rising CO2 levels, a significant rise in global temperatures—are all so well understood they could basically be considered factual. But somehow, many people who doubt that humanity has played a role in driving the climate have become obsessed with the potential that natural variations have caused the recent rise in temperatures.

Is voting like sex? Lena Dunham’s first time with Obama

It Stands to Reason, Skeptics Can Be Sexist Too — I spoke out about sexual harassment among atheists and scientists. Then came the rape threats. Sigh. The thing about being a liberal-progressive is that we're not supposed to be fucking sexist Neanderthals. Those are cherished conservative values enshrined in party platforms and pulpit sermons that we on the more-or-less-Left allegedly stand against. Sadly, there are assholes in every spectrum of life. (Via .)

Condoleezza Rice backs Mitt Romney on women's issues — “I am quite comfortable that those who talk about a ‘war on women’ are not just engaging in hyperbole, I think it’s far worse than that,” she said. “It is condemning people who are going to be reasonable and who are going to take into account the views of whom they don’t agree.” Have you been living in a cave since Clinton's election, Dr. Rice? Describing the GOP as reasonable and taking into account the views of whom they don't agree (sic) would be laughable if it weren't so dangerously delusional and pathetic. Conservatives have been openly pursuing a scorched earth policy for over two decades. Women's health, sexual and reproductive rights have been squarely in the center of their target the whole time.

Republicans Rally Around Richard Mourdock — So rape really is part of God's plan? Stay classy, conservative America. It's what you do best.

McCain says Mourdock endorsement up in the air — Huh. A Republican doing the right thing. Even a stopped clock tells time twice a day, I guess. And oops, never mind, McCain's already back on board with Mourdock. That was fast, even by the usual standards of GOP flip-flopping. I guess he actually read his own party's platform, which says exactly what Mourdock said, just in nicer language. Ah, the justly famed principled consistency of conservatives.

A Fan Letter to Certain Conservative Politicians — John Scalzi makes the key point about the senseless cruelty of the Republican party as usual much more effectively than I could ever hope to.

Tina Fey tells off Republicans Todd Akin, Joe Walsh and Richard Mourdock — Another response to the senseless cruelty of the conservative worldview. What I don't understand is why anyone is surprised by this? Akin et. al aren't saying anything the GOP hasn't been loudly proclaiming for years. Congressman Ryan has sponsored bills in the House requiring exactly this kind of victim blaming and acquiescence. It's been in every GOP party platform for years, and was strengthened for the 2012 election cycle. These are just Republicans saying what their party has said for the past two decades and more. Maybe the difference is that this time people are listening?

McCain: Powell ‘harmed’ his legacy by endorsing Obama — “General Powell, you disappoint us and you have harmed your legacy even further by defending what is clearly the most feckless foreign policy in my lifetime,” McCain said Thursday on the Kilmeade and Friends radio program. Apparently John McCain doesn't remember the Bush administration. That's okay, neither does anyone else in the likely Republican voter base.

Robert Bork? John Bolton?? 9 Advisers Who Have Romney's Ear — Want to know what a Romney presidency would look like? Check out these guys' records. (Via my Aunt M.) 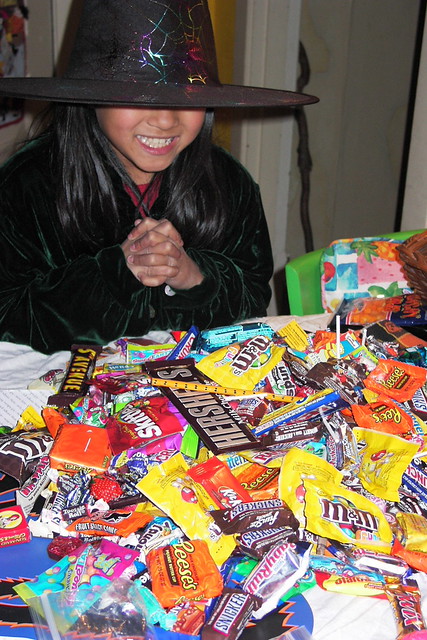 Though it's no particular anniversary for me, today I have session three of series three of my chemotherapy. Not to mention a serious discussion with my oncologist about this Vectibix-induced skin rash, which appears to be spreading to the palms of my hands. I find that enormously concerning.

This will be the twenty-seventh chemotherapy session I've had in the past two and half years. Inspired by ' recent post on his diabetes, here is something of an accounting.

To quote Jim, I've "talked about the disease before", because yay education and knowledge! Those entries are available by clicking on the cancer tag.


Like Jim, I am very grateful to be in a position where I’m able to get reasonably good health insurance, as well as for living at a time when this disease is somewhat manageable, as opposed to being a rapid death.

A cure would be nice, and I'm surfing the leading edge of research and treatments, but I am at the mercy of the metastasis lottery, which given the number of cancer presentations I have experienced thus far will almost certainly continue to recur until the cancer comes back in an untreatable location, or we've run out of treatment options.

Now it can be told. Audible.com is acquiring a third volume in the Hugo Award nominated and Audie Award winning series of original audiobook fiction, METAtropolis. The new volume, METAtropolis: Green Space, is mostly set in around the turn 22nd century and explores the long term consequences of the issues and trends raised in the first two books. This new audiobook will be edited by me and Ken Scholes, and include series alumni Elizabeth Bear, Tobias Buckell, Mary Robinette Kowal and Karl Schroeder, as well as adding Seanan McGuire. Ken and I will also have stories in the new book.

And for my own part, here's a little bit of WIP from the initial draft of my piece.

Turning around, Bashar set the lettermail opener back down on the assistant’s desk. He smiled again, ignoring the panicked reek of sweat and urine. Exasperation was long gone from the twit’s face. “My apologies, son. I didn’t get the memo about which way the wind is blowing.” He gave the assistant a sharp nod. “Let me know if you need the name of a good dry cleaner.”

The security squad let him walk out of the office uncontested. Bashar was pretty sure this was against the new orders. He’d take his courtesies where he found them, however. His accesses hadn’t been shut off yet, because he passed through two staffed checkpoints and three automated ones without further challenge.

Bashar didn’t start breathing easily again until he was outside under an overcast Seattle sky. As easily as he ever breathed these days. His skin warmed quickly even with the cloud cover – the UV filter tattoos covering most of his body were doing their work, converting waste energy to radiant heat, much of which was being trapped by the thermal battery fibers in his clothing. Who needed an ozone layer when you had tattoo guns and micron-scale engineering embedded in your transparent ink?