Peanut Butter Takes On an Unlikely Best Friend — Um, maybe. (Thanks to Dad.)

Why Apple's reorganisation spells the unification of iOS and OS X — A prospect that does not please me, personally. I use and respect both OS's, but they do different things.

Finding Ways to Delete Regrettable Posts from the Internet — It’s possible—though not always foolproof—to get embarrassing things taken down. Voluntary data-labeling standards could make it even easier. Ministry of Truth, Internet Division.

Climate silence: It’s the right, stupid — I'm not sure I agree with the specifics of this analysis, but in general, he's spot on. (Via Slacktivist Fred Clark.)

Climate models get smarter, but uncertainty just won't go away — You might expect the progress made during the intervening five years would greatly narrow the uncertainties since the last report. If so, get ready for disappointment. A pair of researchers from ETH Zurich has compared the results from AR4 with the ones that will be coming out in AR5, and they find that the uncertainties haven't gone down much. And, somewhat ironically, they blame the improvements—as researchers are able to add more factors to their models, each new factor comes with its own uncertainties, which keeps the models from narrowing in on a value. Uncertainty is what happens when you rely on reality for your observations instead of ideology or faith. This, of course, will be seen by denialists as evidence for their crackpot views, as faith-based thinkers are trained to certainty rather than ambiguity. Meanwhile, the storm doesn't discriminate by ideology, so conservatives may as well relax and enjoy God's plan for them.

Changing evangelical responses to homosexuality — The problem with proclaiming moral absolutes is that it becomes very difficult to evolve your position. (Via Slacktivist Fred Clark.)

A Message from The Greatest Generation (NSFW) — An absolutely hilarious NSFW get out the vote video, from a liberal-progressive perspective.

Smoke-Free Laws Are Saving Lives — I grew up in the era when if you asked people to put out a cigarette, you were just as likely to be laughed at and have smoke blown in your face. It's nice to see "smoker's rights" finally dead and buried.

The predatory providence of ‘pro-life’ Richard Mourdock (part 2) — One again, the Republican party has amply demonstrated that Calvinism is a rot and stain on the soul of America.

Using the threat of cancer to promote chastity is not ‘pro-life’ — Nope, it's a disgusting abuse of a serious problem and knowing bearing of False Witness. It's amazing how many Bibles in America are misprinted without the Eighth Commandment.

Chris Christie Praises Obama For Hurricane Sandy Preparation — I'm sure by tomorrow the Romney campaign will have walked this back somehow.

Romney Ridiculed ‘Rising of Seas,’ Pledged Deep cuts to FEMA (Videos) — That's conservative stewardship of the national interests right there. Remember the Bush administration's response to Hurricane Katrina? Nah, neither do any likely Republican voters. I wonder if Federal aid for Sandy should be limited to Blue States. How would that fly with the Tea Party?

NSA Analyst Proves GOP Is Stealing Elections — Not that this is precisely news, given a number of public comments along the way from Diebold officials and others, and a stunning lack of judicial review of electronic voting irregularities. More like no one cares, not even Your Liberal Media. (Snurched from Steve Buchheit, who got it from Teresa Nielsen Hayden.)

Historians: Romney Makes Nixon Look Like An Open Book — So, do you think Your Liberal Media would have let Obama get away with withholding the tax returns? R. Money sure rode it out okay.

Romney Surrogate Reassures Ohio Voters: Mitt Won’t Repeal Roe v. Wade — This is what we call a "lie". Which it is pretty much be definition, coming from the Romney campaign. Luckily for R. Money and the conservatives, likely Republican voters and undecideds apparently have the memory span of land snails, and Your Liberal Media is too polite to call this lie out for what it is, so this lie will stand in the mind of Ohio voters.

The Strength of Political Tribalism and the Weakness of Fusionisms

?otD: Are you safe and dry? 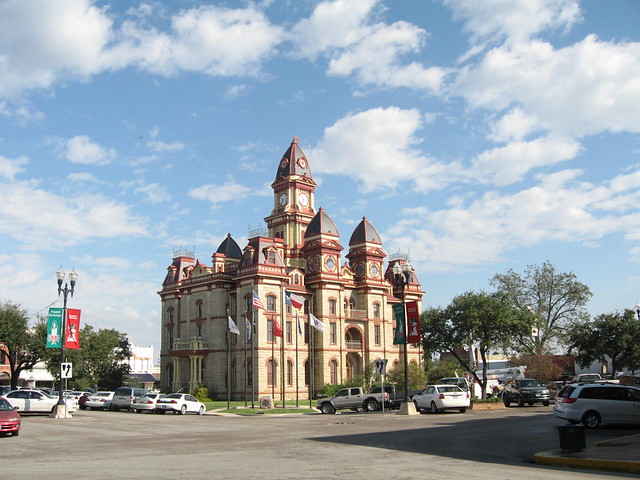 Got nothing done yesterday but Day Jobbery, a Nuelasta shot, and mail-in voting. Which for a post-chemo Monday is actually pretty darned productive.