Personal request for a signal boost or desperately searching for Danielle — Jamie Lee Moyer is looking for a relative likely to be found in the Pacific Northwest.

Review of "The Stars Do Not Lie" by Jay Lake — A reader who almost exactly got my intention for the story.

Dark Quest Books is giving away a copy of River at Goodreads — In which I have a story.

What was that all about? — Roger Ebert on realism in film (and by extension, story telling in general).

A Zombie Is a Slave Forever — Zombies and colonialism.

How I Lost Faith in the “Pro-Life” Movement — Unfortunately, as with most counterfactual conservative hobbyhorses, the people who most need to read this never will, and the few that do will likely reject it. (Via .)

A vote for the future or for the past? — Two Americas are facing off in next week’s election. By their makeup, the Democrats are bound to move, if haltingly, into the future, while the Republicans parade proudly into the pre-New Deal past — some of it mythic, lots of it ugly. The differences could not be clearer. The only people who long for that past are those who do not remember it accurately enough.

Obama pronouns again — I don't expect these facts to have any impact on Mr. Portnoy's complaint — it's not for nothing that the site is named "Hot Air" — but I continue to be surprised that apparently rational adults continue to publish obvious falsehoods about well-defined numbers that are easy to check. We are talking about conservatives here, who already know that the "facts" and the "data" have a liberal bias, and therefore their gut feelings trump any amount of reality.

Romney bought $5k of food for people to “donate” back to him at phony “hurricane” rally — Stay classy, conservative America. It's what you do best. And don't forget to accuse Obama of politicizing the hurricane!

Chris Christie Probably Really Doesn't Give a Damn About Presidential Politics Right Now — This is what happens when a Republican forgets politics and remembers to care about actual outcomes for real people the government is responsible to and for. A very, very rare sight these days, not likely to be repeated by any living conservative.

Top Five Signs of Capitalist Dictatorship in the Romney Campaign — The mainstream media and even Democrats have been slow to call Mitt Romney’s deliberate falsehoods “lies.” But after just calling them what they are, it is also important to analyze their meaning. Lies on Romney’s scale do not simply show contempt for the intelligence of American voters. They show contempt for democracy, and display some of the features of capitalist dictatorship of a sort that was common in the late twentieth century. Mohammad Reza Pahlevi in Iran, Alfredo Stroessner in Paraguay, Park Hung Chee in South Korea and P.W. Boetha in South Africa are examples of this form of government. Capitalist dictatorship has declined around the world in favor of capitalist parliamentarism, in part because of the rising power of middle and working classes in the global South.

?otD: Do you remember Zion? 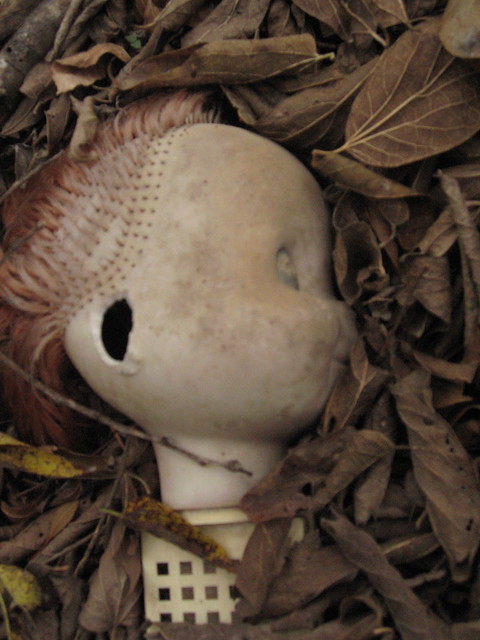 If I were a theist, I would want to believe in a deity who was better than me.

A deity who showed me how to love what I want to hate.

A deity who showed me the good in others, rather than reflecting my own fears in the faces of others.

A deity who expected me to see the world around me rather than denying it.

A deity who was above my prejudices and dislikes, and lifted me above them as well.

A deity who trusted me rather than testing me.

If I were a theist.

When Republican Senate Minority Leader Mitch McConnell said after the 2010 mid-term elections, "The single most important thing we want to achieve is for President Obama to be a one-term president", he was saying in so many words that conservatism as a political movement depends on destructive non-cooperation. Not vision. Not purpose. Not legislation. Not advancing a governing agenda or meeting American ideals. Just destructive non-cooperation.

When Republican Senator Lindsey Graham said during this year's Republican National Convention, "We’re not generating enough angry white guys to stay in business for the long term", he was saying in so many words that conservatism as a political movement depends on anger and resentment. Not ideas. Not ideals. Not vision. Not philosophy. Not plans for the future. Anger and resentment.

When the Romney campaign ran an auto industry based ad in Ohio this week that flat out, knowingly lied about about job outsourcing, a GM spokesman said, "At this stage, we're looking at Hubble telescope-length distances between campaign ads and reality. That's the Republican Party lying for votes because they can't win on ideas, on vision or on merits.

We live in a country where the most recent experience of conservative government was the most enormous economic disaster since the Great Depression and the most destructive foreign policy disaster since the Vietnam War, where conservatives running today are lying about almost everything they stand for, and bragging about doing so, where conservative ideas have so little merit they can't be discussed in detail prior to the election, and still the Republican Party is very close to winning this thing.

It's through the looking glass, living in the GOP's post-truth world. Once again, given that millions of my fellow citizens seem to prefer outright, knowing chicanery to political reality, maybe we are getting the government we deserve. But I can't help think we deserve a hell of a lot better than what the modern Republican Party is offering us — anger and resentment and lies and deception. They're not even pretending any more. And it's working for them.

All of us, even the most severely conservative, deserve better than this.

If you care, vote.