Author D&D Video Now Available! — From Epic ConFusion. In which I played a minor and transient role. (I don't actually appear in the video itself to the best of my knowledge.)

Apple pulls Samsung 'apology' statement from UK site - but where's the replacement? — Classy, Apple. Classy. Speaking of thinking with your dick, how's that whole Google Maps/Apple Maps thing working out for you?

New Yorker Sean Bailey accused of pulling gun in gas line — Thank God for the NRA and the Republican Party. How else would this poor man have been able to defend his essential liberties by pulling a gun in a gas line except for conservative America's brave defense of every citizen's right to threaten with deadly force when they feel inconvenienced? Feel safer now?

Businessweek Hurricane Sandy Cover: 'It's Global Warming, Stupid' — Bloomberg Businessweek editor Josh Tyrangiel tweeted, "Our cover story this week may generate controversy, but only among the stupid." (Via my Aunt M.)

Politics 101 BC: Voter Fraud In The Ancient World

The States with the Riskiest Voting Technology — Some states—including swing states—are more vulnerable to glitches that could tip the election. But the lack of a paper backup means such errors can go undetected.Gee, I wonder which party always seems to benefit from this confusion. Would that be the same party that has major backers who also happen to manufacture electronic voting systems?

Broward elections supervisor explains changed vote tallies — Oops. Minority votes wiped out in Republican dominated Florida. What are the odds, given the squeaky clean and fair reputation of the GOP?

Late Super PAC Ad Buy Urges African Americans In Ohio To Vote Republican Because Lincoln Freed The Slaves — Because, um. Nope. I got nothing. Wow.

Either I Win or You Cheated — Fundamentally, that's been the conservative view since at least the election of Bill Clinton. On the right, voter fraud is an actual issue, and voter-ID laws are endorsed by basically every organ of the conservative movement. On the left, the notion that Bush stole Ohio was debunked by Mother Jones. The difference between left and right isn't the lack of appetite for intrigue and conspiracy. It's that the left has a partisan press, whereas the right has a partisan press office.

Together We Stand, Divided We Fall — This article is interesting, but with too much pretense of balance. False equivalency rides again, as it so often does in Your Liberal Media when straining for an appearance of balance in the face of all facts. Obama was so exciting in 2008 because he not only promised to transcend this divide, but actually seemed capable of doing it. He's since given up, and Romney isn't even saying he'll try. In other words, Obama is responsible for the scorched Earth intransigence of the GOP and conservatives' twisted notions of unilateral bipartisanship? I really don't think so.

Election predictions from the sub-Christian religious right — Election predictions from the sub-Christian religious right. In case some of you wonder why I think conservatives, and especially religious conservatives, are crazy. Literally, clinically, pathologically crazy. No human being with even a decently tenuous grip on reality could possibly believe this crap, yet millions of Americans hang on these words as if their lives depended from them. And there is never any accounting after the fact for the never ending depth and degree of conservative wrong-ness. They just all go on to the next wave of fear and panic without ever stopping to think, "Hey, I was wrong every single time I believed this crazy thing about liberals in my lifetime, maybe I should reconsider." 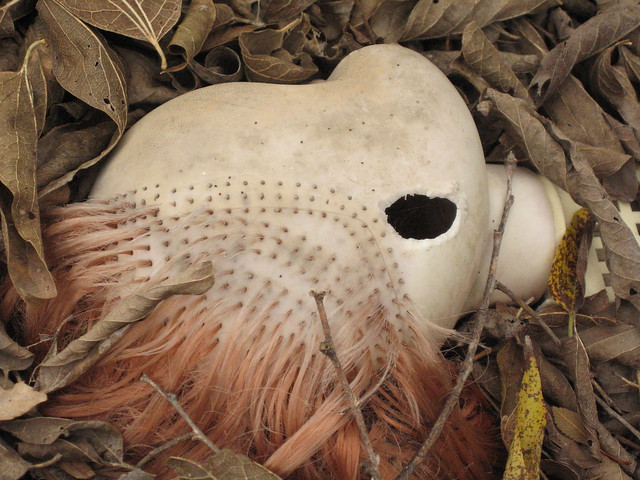 Yesterday's post on theism [ jlake.com | LiveJournal ] produced some nice, civil discussion in comments on both sides of my blog. I appreciated that. I did want to elevate a couple of remarks from comments to highlight just a little further.

Me, on losing my religion:

The initial crack in my unquestioning childhood theism was when I was 6(ish) and found myself in Sunday School wondering why we were celebrating Passover as a miracle, when thousands of little boys were being killed. Not that I phrased it that way at the time, of course, but that was the thought. That was not the deed of a loving God.

I realize that for someone who holds Christian faith, part of the challenge and mystery is reconciling the inherent contradictions in scripture and God's message. Some people reconcile this through denialism, claiming Biblical inerrancy and asserting that it is a human failing, not God's, when contradiction is perceived. Others reconcile this through acceptance. Others yet through lifetimes of fearsome logic chopping. All of that is fine with me. I quarrel with no one else's faith, not at its roots. (Faith in politics is of course another matter entirely.) But it seems to me a lot like acquiring a taste for Scotch, which to me is like drinking paint thinner. Why would I want to go to all that trouble for something that doesn't make sense to me in the first place? Personally, I cherish my rationalism.

, on the self-reinforcing logic of faith:

Well, as I was told growing up, he is what he is whether you believe in him or not.

Wow, does that fail the pink unicorn test hard. Nothing like self-reinforcing nonsense passing as logic.

The pink unicorn test is essentially an Internet version of Russell's teapot. Put simplistically, it says faith claims aren't provable, and therefore aren't subject to external logic. My point to was that claim made to them as a child has no meaning outside its own hermetically sealed internal logic, and is therefore meaningless beyond whatever meaning the believer chooses to assign to it.

I don't find those the least bit contradictory. Frankly, anyone who does is deeply confused in their thinking, or possibly has never heard of majoritarianism.

First of all, my recent Asimov's steampunk lost colony religious novella, "The Stars Do Not Lie", has been acquired by Gardner Dozois for next year's edition of Year's Best Science Fiction. I am quite pleased, and also more than slightly boggled to be included at novella length. I'm pretty familiar with word count budgets in anthologies, after all.

This is a small glimmer of good news in what has otherwise been a discouraging couple of years for me in my career. Cancer and its discontents have cut my overall productivity by at least half. My mortality odds combined with my treatment paths mean I'll likely not write very many more books in my lifetime — two if I'm a little lucky, maybe a few more if I'm a lot lucky. Even short fiction is a real challenge. I expect to be able to finish "Rock of Ages", my METAtropolis: Green Space novella, before my brain fries out completely, but I won't likely write any more new fiction before June of next year.

All of this means the Sunspin project is two years behind schedule. It means due to productivity issues and a lack of ability to respond to market requirements, I'll be pretty much losing my shelf space in the Tor stable after Kalimpura is published. It means my short fiction output has tumbled to handful of stories a year. It probably means my career is never really going to come back, unless we beat some serious odds and put this cancer down and I have some years of run room to build back up to my old pace of writing.

At the same time, my social and public role in the field continues to diminish. I'm not at World Fantasy Convention right now due to chemotherapy. I won't make any convention or public appearances between now and Memorial Day of 2013 at the earliest. Depending on how quickly and vigorously my cancer comes back after this round, my window for future appearances may be slim to none.

I've said off and on having cancer is like dying by degrees. The disease drives everyone around me to distraction, desperation and beyond. It saps my energy, my time, my parenting, my writing, my ability to love and live. It's eroded everything from my publishing career to my sexuality.

Loss. So much of my life is loss.

Yet still I write. Still I celebrate my successes, such as this YBSF nod. Still I plan future projects and seek creative ways (such as collaboration) to get existing projects to market. Because as sad and dire as this all makes me feel, I don't give up.

I just wish I didn't have to fight so hard to retain less and less every year.