The Jedi return - again — Another on this week's nerd rage.

Before Salem, There Was the Not-So-Wicked Witch of the Hamptons — Why was Goody Garlick, accused of witchcraft in 1658, spared the fate that would befall the women of Massachusetts decades later. (Snurched from Slacktivist Fred Clark.)

The Most Spectacular Mutation in Recent Human History — How did milk help found Western civilization? Interesting article, though I found the sneeringly casual dismissal of the reality of severe lactose intolerance rather off-putting. (Via Daily Idioms, Annotated.)

Myth Busting Ain’t Easy – The Science of Correcting Misinformation — An article with implications in both politics and culture. (Via .)

Judge: NASA firing of JPL employee wasn't due to intelligent design advocacy — Employee's firing was due to job performance, not religion. Huh. Reason actually prevailed in an American court? Strangely enough, the ID idiot claimed religious discrimination. Funny about that. Conservatives claim ID is an intellectual position, not a religious one, until they need protection of the law.

Chart: Almost Every Obama Conspiracy Theory Ever — A handy chart to the sheer, raw lunacy you can find every day in Republican Congressional offices and FOX News households across America. Insane. Just insane. (Thanks to Lisa Costello.)

Hyping Benghazi Madness, Right-Wing Projects Its Darkest Obama Fantasies — Benghazi has entered the realm of churning, right-wing myth making. (Think Waco and Vince Foster). The story has become completely detached from reality, and the twisted narrative feeds off itself with constant misinformation that's repeatedly presented as 'fact.' This process is powered by Fox News and the burning desire within the GOP Noise Machine to portray Obama as a monster who is at war with the United States.

Cass: 'You Can't Be a Christian if You Don't Own a Gun' — Yet another reason I can never, ever be a conservative. Because insanity like this is part of the package.

Nonpartisan Tax Report Withdrawn After G.O.P. Protest — "The reduction in the top tax rates appears to be uncorrelated with saving, investment and productivity growth. The top tax rates appear to have little or no relation to the size of the economic pie," the report said. "However, the top tax rate reductions appear to be associated with the increasing concentration of income at the top of the income distribution." Gee. A cherished conservative principle, flatly wrong on the face of a nonpartisan analysis of the historical record. Unpossible. Good thing the GOP is having it suppressed. Wouldn't want those liberal "facts" and "data" coming to the attention of voters.

Republicans Tip world off to covert CIA Role in Libya — So the Republicans playing politics with the complex situation on the ground in Libya, a country that overthrew its government a little over a year ago, has revealed the names of friendly Libyans working with the US embassy, and has outed the covert CIA operations in Benghazi. Stay classy, conservative America. It's what you do best. Besides, I'm sure this is Obama's fault.

Romney: Elect Me Or House GOP Will Wreck The Economy — “You know that if the President is re-elected, he will still be unable to work with the people in Congress,” Romney said. “He has ignored them, attacked them, blamed them. The debt ceiling will come up again, and shutdown and default will be threatened, chilling the economy.”. Yo. R. Money. You have your causation backwards. The people in Congress will still be unable to work with Obama. Not the other way around. Remember the GOP's top priority, forcing him to be a one term president? Post-truth campaigning scores another win.

The Blackmail Caucus — Paul Krugman on the GOP's protection racket politics. [I]t’s reasonable to worry that Republicans will do their best to make America ungovernable during a second Obama term. After all, they have been doing that ever since Mr. Obama took office.

A Romney Travels to Russia, but on Strictly Friendly Terms — What is R. Money's son doing going to visit "our No. 1 geopolitical foe"? After all, Republicans are about nothing if they're not about principle. Oh, wait, that question answers itself.

Machiavelli on the Romney campaign — Yep, this. (Snurched from Slacktivist Fred Clark.)

Why Do White People Think Mitt Romney Should Be President? — If there's one thing white people have learned from decades of being targeted by campaigns, it's that someone, somewhere, is trying to cheat them. This is the idea behind Romney's 47 percent remarks in that appearance—America is divided between regular, productive folks and the people who are victimizing them. There's that conservative narrative again, all about political ideals and good government.

What Happens If Romney Loses? (II) — Conservative commentator Daniel Larison with some more interesting thoughts the implications of a possible Romney loss in the general election.

A Romney Win Represents A Breakdown Of Democratic Accountability — But as a matter of morality or patriotism, the Republican strategy has been a disaster because it has demonstrated more clearly than at any time since the secession crisis that a political faction can put their ideological aims ahead of the basic well-being of the country and not necessarily be punished for it by voters. I also liked this part: So this doesn't mean that Republican politicians are deliberately putting their own interests ahead of the country's. It is obvious that they have done exactly that in these past four years, but the process by which that happens is not direct. Rather, people manage to convince themselves that their own interests and those of the country just happen to converge. So for example, by holding the line against everything President Obama wants to do, they are saving the country from socialism or some such, even though their actions produce higher unemployment in the meantime. Which if course makes sense if you (the putative Republican politician) embrace nonsensical ideologically driven lies such as Obama's alleged socialist threat. Given the GOP's general and quite deliberate unmooring from reality over the past decade or so, this has become sadly normal. (Snurched from Slacktivist Fred Clark.)

?otD: Is everybody working for the weekend? 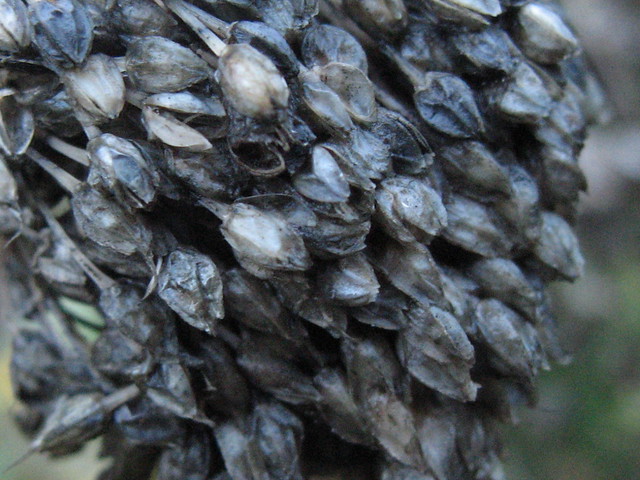 As the headline says, by my current standards, this has been a phenomenally busy week. I've had visitors — dropped in while passing through on a trip from her home in Germany; likewise and Mr. Beth graciously took the time to visit whilst in Portland on a family errand. Yesterday I managed to get out to lunch with J.A. Pitts, which also constituted the sum total of my appearance at OryCon for the year. (As an aside, will be at OryCon most of today and tomorrow, hanging with the Pitts family, so if you're a friend or fan of hers, say hello.)

Today is the November babies birthday party in my family. Lisa Costello and I will be off to Benihana with Mother of the Child, (a/k/a my Mom), (a/k/a my sister), the Niece, Dad and (step)Mom to celebrate birthdays for the Niece, (step)Mom, as well as my brother back east. The venue was chosen by the Niece, and represents rather an excursion for me in my current state. Afterwards, we'll come back to Nuevo Rancho Lake for cake and presents.

Tomorrow morning, Lisa Costello and I are having early brunch with Jersey Girl in Portland and her visiting family members. After that, I'm hoping to catch the first matinee of Cloud Atlas [ imdb ], but looking at the movie's run time (172 minutes), I'm not sure that's a smart move for me. I hate to miss it in the theaters, though.

Anyway, that represents an exhaustingly overscheduled week for me by current standards. As Lisa Costello observed yesterday after my lunch with John, I really am an extrovert. I was physically wrung out but mentally and emotionally energized by being out in the world.

This chemo-induced introversion is for the birds.