11 Hilarious Photos Depicting How Wives Should Undress in Front of their Husbands, Circa 1937 — Wow. Hahahah. (Via Lisa Costello.)

Missing gamma rays were abducted by light from the first stars — The story is serious astrophysics neepery, but I love the headline.

The Party of Strom Thurmond: Not all X are Y, but all Y are X — Slacktivist Fred Clark with a lengthy roundup of links documenting Republican racism in their own words. (Well, except for one link, which is satire.) Yep, if you vote Republican, this is what you're voting for, woven deep in the fabric of your party and its candidates. Not some wild strain at the margins, but core conservative cultural DNA. Are you proud of your Republican party?

Poll: Most Republicans believe in demonic possession — Meanwhile, less than half think humans are responsible for climate change. Lunacy. Literally so. In half the American electorate. Couple with flat denial of objective reality. I weep for our country.

Romney, Obama turn bipartisan — at least in their pitches — Gee, we know what happened the last time Obama tried that. Scorched earth opposition from the GOP and their top priority being making him a one term president. Not jobs, not national security, not the economy. Stonewall partisanship. On the other hand, we also know what kind of bipartisanship we had under Bush. So who do you believe?

Top Ten Coming Disasters: Romney’s America 2016 — A little bit over the top, but most of this follows quite logically from GOP positions (and whatever can be distinguished from Romney's constantly flip-flopping rhetoric — BTW, remember when Kerry ran for president and Republicans hated flip-floppers? Nah, neither do they.), and wouldn't actually be considered disasters by American conservatives.

?otD: Voted yet? Or are you waiting for tomorrow?
Bonus ?otD for non-USAnians: Who would you vote for if you were a US voter? 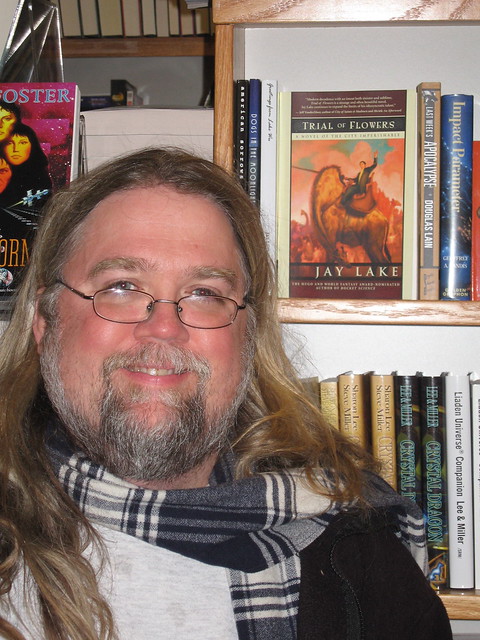 As discussed, yesterday I did not go to the movies. This turned out to be wise, as my GI had a few nasty things to say around that morning. That actually started while Lisa Costello and I were out at early lunch with Jersey Girl in Portland and her visiting family. So I stayed home with Lisa and Jersey Girl and laid low. Mostly we watched Chitty Chitty Bang Bang [ imdb ], which I am old enough to have on VHS. Weirdest. James Bond. Movie. EVAR. Though it does include Dick van Dyke uttering the immortal line, "You'll find a slight squeeze on the hooter an excellent safety precaution, Miss Scrumptious."

(If you're unfamiliar with the Chitty Chitty Bang Bang/James Bond connection, consider this: The original book was written by Ian Fleming. The screenplay was written by Fleming and Roald Dahl, along with two others. Albert Broccoli produced. Desmond Llewelyn has a minor role, who also played Q. The story features a magical car, an improbably named female love interest, a shadowy Eastern European dictatorship, and some weird sex. Yes, in a Disney movie. With Dick van Dyke as James Bond. Not to mention Benny Hill as a manic depressive toymaker and Phil Collins making an uncredited appearance as a child actor. Watch the movie with all this in mind and prepare to be amazed. It's like all the James Bond plot cards turned 15 degrees out of true.)

Yesterday afternoon, the Neulasta pain came on. In a weird place — my upper arms and upper back. (This is not consistent with my own historical experience of this drug's side effects.) I felt if I coughed or choked. This morning it is also in my lower back. What causes this is bone marrow growth blooms placing pressure on the bone from the inside. It expresses as a sharp, intense pain that can approach crippling, though in truth this is more annoying that crippling.

Something worth remembering, depending on how the election plays out tomorrow. In 2000 Bush lost the popular vote (0.5MM less than Gore) but won the Electoral College. This was just fine with the GOP back then.

I am absolutely certain the justly famed intellectual consistency of the conservative movement will prevail should Obama win tomorrow on the same terms. After, conservatives are about nothing if they're not about principle.

This is a repost of something from several years ago, because it seems highly relevant to tomorrow's election

So much of conservatism and libertarianism thought seems to rely on the myth of the Golden Age. This is the basis of William F. Buckley's famous declaration to "stand athwart history, yelling Stop" — the idea that things were better than they are, and that change is dangerous. It's a fundamentally emotional proposition, that strikes me as driven more by fear than any sense of opportunity or growth.

In this morning's link salad I included a wonderfully idiotic bit of Golden Age myth making, courtesy of The Edge of the American West. Which reminds me of a woman I worked with years ago, back in the mid-1990s.

She was about 30 at the time, divorced, living with her boyfriend who worked shifts in emergency services. She was an art director at the ad agency where I ran IT and production. She lived in a conservative exurb of Austin, attended an Evangelical megachurch on Sundays, and came in every Monday grumbling about how liberals were ruining America, about the Clintons and their crimes, and whatever else her preacher had railed about the day before from the pulpit. Her constant theme was how much better things were in the 1950s when the streets were safe, everybody had jobs, and America was powerful and secure.

I finally got fed up with this and asked her how much she knew about the 1950s. Did she know anything about the African-American experience in those days? What about other non-whites? The unemployed? When I pointed out that in the 1950s she wouldn't have had the job she did because it would have been given to a man who needed to feed his family, and that she wouldn't have been allowed in the door of her church as a divorced woman living in sin with another man, she got upset with me and said that wasn't what she meant.

She wanted the good parts of the myth of the Golden Age without having to acknowledge or accept the prices people paid for them. I'll bet good money this woman today is a Sarah Palin fan and a Tea Party member, because that's the depth of thinking I see from conservative America even now. Not all conservatives everywhere, but from those in political power and those with media voices.

I still think about her sometimes, because how the heck do I, as a liberal-progressive, even get her to see where her own thinking goes awry? She's like those Christians who demand literal subservience to Biblical truth, except for the inconvenient parts. There's no logic or coherent philosophy, only wishful thinking wrapped in justification.

Some of it is education and worldliness. One reason academia and journalism are so stereotypically liberal is people in those disciplines generally have to look at the world critically and think about the facts on the ground; at least if they're going about it properly. It's difficult to maintain my friend's level of denial and wishful thinking while engaging in intellectual honesty. Contemporary conservatism is a lot more about denial and wishful thinking than it is about intellectual honesty — look at the issues that drive votes: evolution denial; gun fantasies; fears of gays; climate change denial; magical thinking on taxes.

How to address that? Surely not through my rantings. But I'm not sure how to be more thoughtful in the right ways.

Added in November, 2012: The really weird thing about conservative longing for the past is it skips over their own recent political history quite conveniently. Anybody who cares in the slightest about fiscal policy, national security, defense, jobs or the economy cannot possibly want to return to the policies of the Bush administration, which manifestly failed on all those fronts by any objective measure. Yet this is precisely what Romney is running on — a return to and intensification of those same failed policies.

From a related post in 2007, I also produce this squib, which I believe has a lot of relevance to current conservative attitudes:

mentioned in comments to one of my recent posts a bumpersticker which read "Imagine the world without liberals." I think that's a fabulous idea. You'd also have to imagine a world where women didn't have the vote, couldn't own property, couldn't get divorced without their husband's full agreement, where there were no protections from or recourse for domestic violence, where there were no weekends, 40-hour work weeks or paid vacation, no child labor laws, no workplace safety standards or workmen's comp, no clean air and water requirements, and a whole lot of other evils of liberalism. ETA: All of which were strongly opposed by conservatives, many of them with outright violence in their day.

I think even the most dyed-in-the-wool Bush conservative would just as soon enjoy many of those benefits.

The conservative movement, especially the Tea Party, really are the People's Front of Judea, aren't they?