The world was so true, so logical. Until it wasn’t. — In which I am quoted.

Man shoots four co-workers, two fatally, at Fresno poultry plant — Gunman opens fire during his shift at Valley Protein, killing two execution style and wounding two more before running from the building and shooting himself. Thank God for the NRA and the Republican party. Otherwise the shooter wouldn't have been able to engage in his defense of essential liberties so effectively. Too bad about those other people that died, but their deaths are a small price to pay for you to have a gun in your nightstand, aren't they?

How Astronauts Vote From Space

America's voting system is a disgrace — Politicians of one party do not set voting schedules to favor their side and harm the other. Politicians do not move around voting places to gain advantages for themselves or to disadvantage their opponents. In fact, in almost no other country do politicians have any say in the administration of elections at all.

Voters report problems with long lines, confusion over voter ID law — {Allegheny] County officials received a complaint shortly before 10 a.m. Tuesday that Republicans outside a polling location on Maple Street in Homestead were stopping people outside the polls and asking for identification. Every vote the GOP suppresses is one step closer to a Romney White House. Hence all the voter ID nonsense in the first place. How come the same people who are willing to let dozens or even hundreds of innocents be executed to preserve the integrity of the death penalty are so eager to suppress hundreds of thousands or millions of votes nationwide to protect the integrity of the voting process from less than a dozen incidents of fraud?

Hundreds of Pinellas voters get robocall from supervisor of elections saying Election Day is Wednesday — The Pinellas County Supervisor of Elections is a Republican. By astonishing coincidence, these accidental problems almost always seem to benefit the GOP. I'm sure every single one of these dozens (and possibly hundreds) of occurrences is an isolated incident that indicates no pattern of voter suppression whatsoever by the major party that has publicly dedicated itself to voter suppression nationwide.

1,600 pastors broke law by backing political candidates in sermons — Yep, those law and order types on the American right.

Why Sarah Palin should endorse Obama — Red states generally receive more federal spending than they pay in taxes. In 2005, Alaska received $1.84 in spending for every $1 paid in taxes). Other red states fared just as well, for instance: North Dakota ($1.68), Alabama ($1.66), Kentucky ($1.51), Oklahoma ($1.36). Blue states tend to pay more in taxes than they receive in spending. This is easy to solve. Conservative governors should refuse Federal spending in excess of their own states' tax contributions.

A Big Night for Gay Marriage—and for Equality — Good News from Maryland, Maine, and Washington State. As GOP consultant Alex Castellanos said on CNN: “The Republican party can’t be the party that thinks one of the biggest problems is that there’s too much love in the world.” Too bad. You are exactly that. And voters have affirmed once more that hate is not a family value.

Senate Election 2012 Results: Democrats Gain Seats In Upper Chamber — It looks like all the real GOP mouth breathers on the Senate ballot lost. That's a step in the right direction.

Claire McCaskill Shuts That Whole Senate Thing Down — [T]here's going to be a lot of talk tomorrow about race tomorrow. But it needs to be said that the GOP's retrograde positions on gender, and general ignorance of human biology, has evidently cost them a shot at the Senate.

The Long Shadow of the Bush Era — Conservative commentator Daniel Larison on a major reason why anyone with a political memory extending back more than four years didn't vote for Romney.

The Lesser of "Who Cares?" — Scrivener's Error is cranky about the election results, from the left.

Top Ten Wish List Progressives should Press on President Obama — Obama does not have progressive instincts, and prefers to rule from the center. This impulse is wrong-headed, since the center didn’t man his campaign offices or make phone calls for him. Ruling from the center means taking his base for granted while reaching out to relatively conservative constituencies. This tactic is why we don’t have a single-payer health insurance plan. Yep, Kenyan Muslim socialism in action.

?otD: How's the weather where you are? 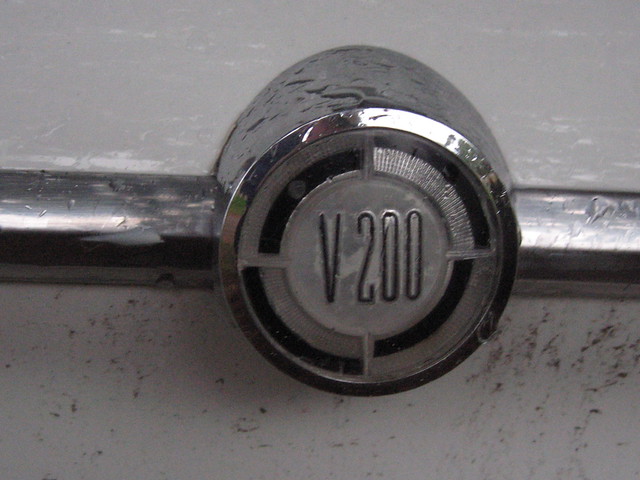 As for the election, color me amazed. I went to be early last night (thanks, chemo), right after Pennsylvania had been called for Obama, and so really didn't know anything until I woke up this morning. The polling trends notwithstanding, I was not optimistic.

I have a few small observations.

Second, the GOP forgot that generating angry white guys also generates angry brown people and angry women of every color. They also can't read a census. White men, angry or otherwise, are not a majority of voters.

Third, I'm beyond boggled that Mitt conceded gracefully. The lesson Republicans learned from Bush v. Gore1 was that if conservatives can cloud the popular vote sufficiently, a partisan judiciary will hand them the presidency regardless of legal merit. The Supreme Court's own shame-faced disclaimer that their ruling in Bush v. Gore could not be considered as future precedent2 confirms this right on the plain face of the facts. I have been assuming all along that the voter ID laws and early voting shenanigans in GOP-controlled states nationwide were efforts to provide enough smokescreen for a legal challenge, should Romney not emerge with a clear electoral victory.

Apparently last night somebody did an emergency character transplant into the profoundly mendacious and opportunistic Romney, because he didn't go down the Bush road. I'd like to say good for him, but I flat don't believe this was for any moral or patriotic sensibility. Not given Romney's extremely well documented track record. Someone was cutting their losses.

Finally, as I said to Lisa Costello last night, leftists and liberal-progressives are afraid of a Romney presidency precisely because of what Romney himself said he would do as president. Conservatives are afraid of an Obama presidency precisely because of what they themselves imagine he will do. That difference right there pretty much sums up the difference in political worldviews.

Meanwhile, as a good liberal-progressive, I'm confident that Obama's black helicopters will be at my house shortly to seize my guns, enforce Agenda 21, and make me gay marry my neighbor. That's why we re-elected him, right?

1. If you don't know who John Ellis is and the role he played, then you really don't understand what happened in the 2000 election, nor are you fully aware of the breathtaking depth of the Bush campaign's political scam.

2. See the Bush v. Gore article on Wikipedia. I can't link directly to the relevant subsection, but search for the word 'precedent'.