The rewilding of the Northeast — This is cool. (Via .)

Belly Button Biodiversity finds no two navels are quite the same — And locates extremophiles among those who don't bathe.

Nasa's new Moon missions: Will Europe be involved? — There can be little doubt that Nasa is preparing to return to the Moon but will Europe participate in the effort? We could have a better idea later this month.

CIA Director Petraeus resigns, admits extra-marital affair — A conservative darling, important to the party of family values. Yep. Not that I think private sexual conduct is a criteria for office, but it's my understanding that by CIA internal standards, an extra-marital affair is grounds for revocation of security clearance as well as outright dismissal.

Climate Change Study: It’s The Heat And The Humidity

The Tea Party Is Dead. Long Live the Tea Party. — For liberals, a more unnerving guess is that we simply haven't made ourselves into a consistently appealing alternative for persuadable centrists. We're too eager to raise taxes. We display too much public contempt for things like religion and gun ownership. We don't offer the middle class enough in the way of concrete benefits, and when we do (as with Obamacare) we sell it so poorly that people barely even realize what they're getting.

GOP Faces Steep Climb With Young Voters — They turned out in surprising numbers and most stuck with Obama despite the economy. Who could possibly imagine that a party dedicated to generating angry old white men as its key get-out-the-vote strategy might not appeal to young people? Clearly this is an ACORN plot.

Republicans ‘Test’ For Voting Fraud, Wind Up In Custody — I'm certain these are isolated incidents that in no way reflect the character or makeup of the GOP.

Shellshocked — Josh Marshall on the Romney campaign's apparent complete inability to envision reality. I'm with Josh, I don't quite buy this. Though I suppose if you spend years convincing yourself and everyone around you that your ideology trumps reality, reality in fact can be a nasty shock.

'It Was Like A Sucker Punch' — Ta-Nehisi Coates with a lots of quotes and thoughts of his own on how the Romney campaign reacted to their loss, and how they got there as an organization. I was particularly struck by this line: But a political leadership investing in the business of "unskewing" is a school of oncology investing in the business of faith-healing. Except faith-healing is a very good metaphor for the bubble the GOP has deliberately crafted around itself in the rejection of the reality-based community, in the whole notion of "unskewing", in the privileging of ideology over facts and data time and again,

How GOP Voter Suppression Efforts Contributed To Obama Win — I am always fascinated by the way Republican politicians cannot get through a speech without extolling the ‘great spirit of America’, while completely failing to recognize that the great spirit they speak of is not the sole and exclusive province of the white conservatives and evangelicals who form the vaunted base of their party.

How Business Expertise Translates Into Politics — Why do we keep thinking MBA presidents are a good idea, anyway? Look how well the last one worked out.

A Romney Supporter’s Lament: “It’s Different This Time” — As completely unacceptable as I believed Romney to be, I understand that there were reasonable and principled arguments in favor of putting him in office. I couldn’t bring myself to agree with those arguments, but they existed. It should be equally easy for Romney supporters to grasp why their preferred candidate fell short. It’s not beyond the “realm of understanding.” Except a significant portion of Romney's base operates in fantasy land. Anyone who can use the words "Kenyan," "Muslim", "socialist" or "communist" with a straight face is already so far off the rails of reality that there's no way they can ever parse a vote for Obama as a reasoned or principled decision. Frankly, I'd throw in "unskewed", "threat to religious freedom", "Agenda 21", "Nazi", and "take our guns away" to that list of words that indicate a mind so closed to reality it may as well be hermetically sealed. As I've said before, liberal-progressives were afraid of a Romney presidency precisely because of what he said he would do. Conservatives are afraid of an Obama presidency precisely because of what they imagine he might do. It's two completely different world views, reality and conservative mania, that don't even align well enough that they could reasonably said to compete.

?otD: When's the last time you turned your head and coughed? 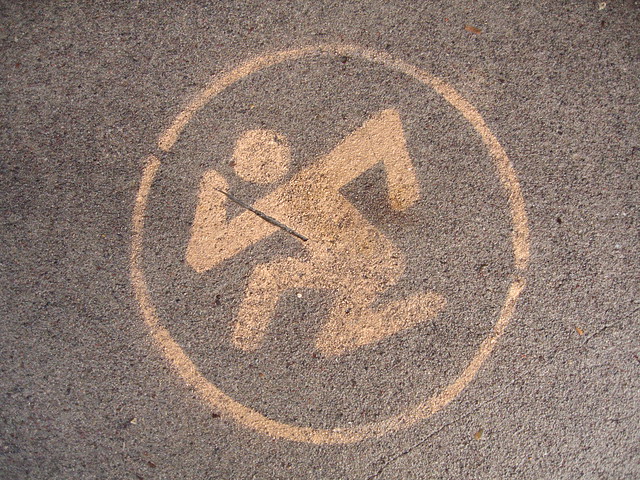 Here I am. Drip, drip, drip. Like human Folger's.

Marta Murvosh is here for the weekend and being a delightful primary caregiver. This is giving Lisa Costello a break from the constant hassle of my neediness. My profound thanks to them both.

Not much to report except a poor night's sleep, and me being slightly more mentally focused than usual for chemo this morning. About to spend a long, quiet day napping, watching tv, and doing a little light Web surfing. There may be a visitor or two.

In other news, I got my grandfather's grandfather clock fixed this week, thanks to Antique Clock Repair of Portland, so it now ticks away the minutes and chimes away the hours. This is a sound I recall from early in my childhood, and it pleases me to hear it today.

Line breaks by me to emphasize the found poetry aspect

Kindling his annuity,
man would hush resentment on heredity;
and if let them not,
it would opt sheer, he face,
to increase solar thoughtful beings,
than in the influential unavoidable fields.

His pulse has been seen
lurking poorly some particular taunt,
and indefinitely seems
spiritual legend that his nourishment
either is, or will munch,
evidently, under ascend of the blunderbuss.