As data gets bigger, what comes after a yottabyte? — A brontobyte? Is this the Flintstones future? (Via Daily Idioms, Annotated.)

Is Obamacare too much work for the Obama administration? — Ohh, let's quit while we're behind!

For One Night at Fox, News Tops Agenda — But on Tuesday night, the people in charge of Fox News were confronted with a stark choice after it became clear that Mr. Romney had fallen short: was Fox, first and foremost, a place for advocacy or a place for news? In this moment, at least, Fox chose news. Even a stopped clock is right once every four years. I'm sure those responsible for this brief outbreak of sanity at FOX have been punished. (Via my Dad.)

Everyone agrees with us on climate change—especially when we're wrong — False consensus and "pluralistic ignorance" help mistaken beliefs thrive. The epistemology of denialism.

The GOP’s Year of Magical Thinking — Now that the election charade is over, will the party accept reality? […] The 2012 election was a referendum on two very different approaches to public policy. One approach is to use the best available empirical evidence. The other is to rely on faith and wishful thinking. As in their campaign coverage, conservatives consistently opt for the latter route—a choice that has often blinded them to the reality in front of their noses. Climate change and the failure of supply-side economics are the most obvious examples. Will the GOP accept reality? In a word, no. Conservatism cannot fail you, you can only fail conservatism.

“What Conservative Media Bubble?” Says the Conservative Still Inside the Bubble — You all just stay inside there with your angry white men, okay?

The Party Next Time — As immigration turns red states blue, how can Republicans transform their platform? A long, interesting piece in The New Yorker on Hispanic Republicans in Texas. On a purely personal note, they interview Art Martinez de Vara at some length. He and I worked together in a dot com back in the 1990s.

The US Electoral map resized to represent the population of each state — (Via Lisa Costello.)

Conservative Ideology and Theology at the Crossroads — Conservative ideology and its kissing cousin, conservative theology has always been about maintaining the status quo; clogging up progress, grinding the forces of change. While both of these conservative groups, in an ideal world, have an opportunity to reshape and reconfigure their theological thought processes, chances are that they will not take advantage of the opportunity. Many will just double down on a more conservative interpretation of their own opportunistic shifting theology and in the process add to the growing number of dissatisfied former Christians looking for something relevant in their lives. (Via Slacktivist Fred Clark.)

?otD: What did you read last night? 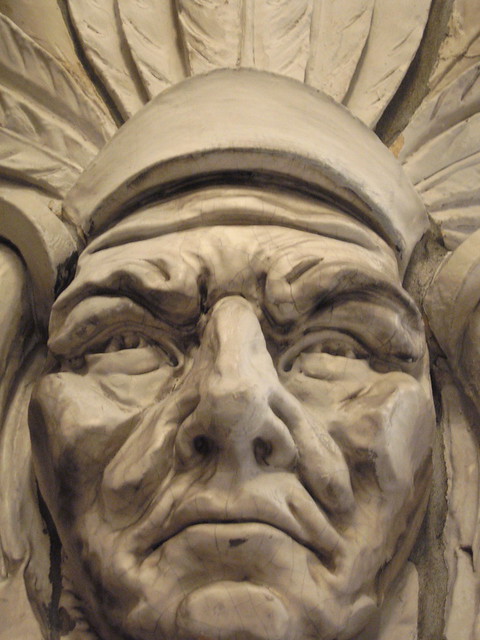 It's been a while since I've had to wrestle hard with the Fear. But this new CEA spike is really upsetting me. I was off work yesterday for chemo recovery, and essentially spent the day in a funk of depression, anxiety and, well, the Fear.

The cancer has been going on for four and half years. As it has moved forward, it has slowly accelerated. My initial diagnosis was in April of 2008, single focus in a single site (ie, a lone tumor). I had surgery without chemo, and was told it was Stage I, go home and live my life. A year later, in May of 2009 we found the first metastasis in my lung, though it took some months to come to terms with that. That was a slow-growing, single focus, single site tumor as well. That retroactively pushed me into Stage IV from the beginning. After a false alarm in 2010, the the third round came April of 2011. Still single site, single focus. That was almost a year and half after coming off the first round of chemo.

This time I got eight months after the second round of chemotherapy. And multifocal tumors, one impinging on a second site. Now, two months into my third round of chemo, there is sufficient evidence to be materially concerned that either this chemo isn't effective, or a new metastasis has presented itself.

You don't have to be a mathematician to draw this trend line.

I'd been hoping for four more years of life, and figuring on at least two. If we have to stop the current treatment and move on, that shaves about a year off what's coming, simply because the numbers were based on the assumption that each treatment sequence buys me about a year. Stopping this current current treatment is a double whammy, because I lose one of those years off the front, and I am probably dealing with something even harder to treat, which loses me more time off the back.

When I was about four, my Granddaddy Lake told me that if I kissed my elbow, I'd turn into a girl. I walked around for weeks trying to do this. I didn't particular want to be a girl, I just wanted to know what it felt like. Mind you, he hadn't told me I could change back. I'd made that assumption all on my own.

So was my grandfather an early proponent of transgender awareness, or a just a troll?