Monopoly Is Theft — The antimonopolist history of the world’s most popular board game. Weird, interesting article on social and business history. (Via Lisa Costello.)

Apple Store Floor Space Remains the Richest Land in Retail — Wow. I'm not so keen on the whole small, overcrowded aesthetic of Apple Stores, but it does lend them a certain frantic busy-ness. (Via .)

Motives Questioned in F.B.I. Inquiry of Petraeus E-Mails — I was especially struck by this: That agent, who had previously pursued a friendship with Ms. Kelley and had earlier sent her shirtless photographs of himself, was “just a conduit” for the complaint, he said. He had no training in cybercrime, was not part of the cyber squad handling the case and was never assigned to the investigation. But the agent, who was not identified, continued to “nose around” about the case, and eventually his superiors “told him to stay the hell away from it, and he was not invited to briefings,” the official said. The Wall Street Journal first reported on Monday night that the agent had been barred from the case. Later, the agent became convinced — incorrectly, the official said — that the case had stalled. Because of his “worldview,” as the official put it, he suspected a politically motivated cover-up to protect President Obama. The agent alerted Eric Cantor, the House majority leader, who called the F.B.I. director, Robert S. Mueller III, on Oct. 31 to tell him of the agent’s concerns. So a case that wasn't being handled politically got politicized by the paranoia of a conservative FBI agent (himself a sender of shirtless photos, and therefore a model of conservative moral probity) who had been directly ordered to cease and desist?

The Arab Reading of the Petraeus/Allen Affair: Jill Kelley is Gilberte Khawam, a Lebanese — Huh. I wonder why the American Right hasn't run screaming with this? Would seem to fit conservative paranoias quite nicely.

Conservative Leaders Reject Secession Talk In Wake Of Obama’s Election — Considering that the red states in general spend a lot more Federal tax revenue than they take in, I don't see how they think this makes any sense.

Republicans have no excuse for exec branch filibusters — They never did before, either, but that didn't stop them.

Push Expands for Legalizing Same-Sex Marriage — Sometimes arrant bigotry doesn't win. Sometimes we are better than our hatreds. While there are a number of conservative positions I can see the merit of (regardless of my own opinions), opposition to gay marriage has never been anything but screaming bigotry combined with political opportunism. None of the dire predictions about what would happen where it was enacted, or the disaster that was supposed to the repeal of Don't Ask Don't Tell have come true. Not a single one. Just conservative hysteria, trolling for votes. And like all conservative hysteria ever, completely free of accountability after the fact for the massive wrong it represented.

?otD: What do you with a drunken sailor? 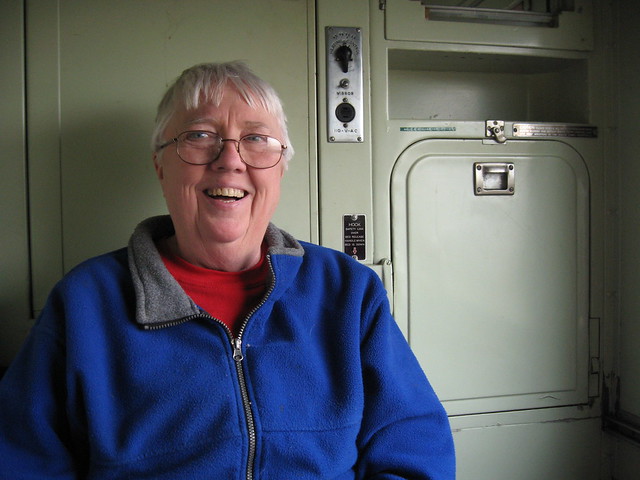 You may shop as usual. No need to return to your homes.