No Miles For You! — Another triumph for airline customer service. Go, Delta.

Kior ‘Biocrude’ Plant a Step toward Advanced Biofuels — A Kior plant in Mississippi will start shipping fuel made from wood chips as planned as it chases large-scale production. I've long wondered why this wasn't a much higher engineering and business priority.

Ireland and Abortion: Cruelty disguised as piety, cowardice misrepresented as principle. — In which the forced pregnancy movement conclusively proves that dead babies are more important than live mothers. You people are disgusting. May you rot in your own hell.

Romney Co-Chair: Voter ID Would Have Won Us Wisconsin — Confidential to GOP in America: If voter suppression is the only way you know how to win an election, maybe you need to find some new ideas.

Bobby Jindal rejects Mitt Romney’s ‘gifts’ theory — Not something you'll hear me say very often, but good for Governor Jindal. Hey, Money Boo Boo. It's called government providing services to citizens. Unless you consider the carried interest deduction a gift as well, you're just back to your 47% framing. Which betrays both a profound ignorance of the social contract, and a profound indifference to that social contract. Thus the wretched and miserable true character of Mitt Romney re-emerges.

?otD: How closely held are you? 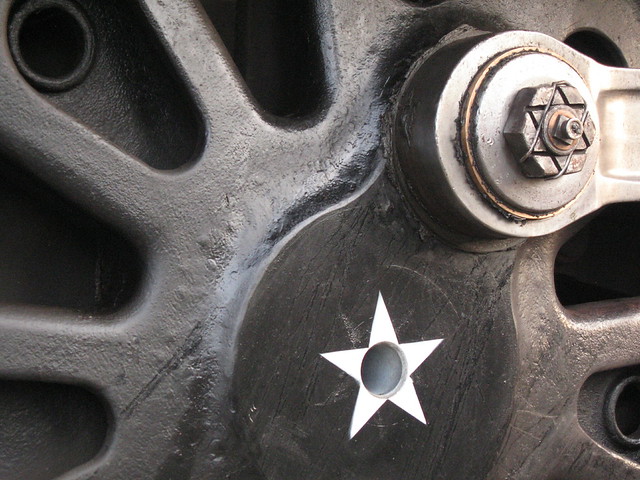 Conservatism "stands athwart history, yelling Stop, when no one is inclined to do so." — William F. Buckley

I've been thinking a bit lately about why I'm not conservative in the political or cultural sense. I don't mean why I'm not a Republican — given the toxic mess the modern GOP has evolved into, I hope that should be painfully self-evident to anyone not ideologically committed to the party line — but in a larger, more general sense.

Certainly there are a number of signature political and cultural issues that I feel strongly about. I'm not sure they're inherently issues that ought to fall along a divide between conservatives and liberal-progressives. The anti-intellectualism of climate change denial and evolution denial are more artifacts of how the GOP has approached its electorate than anything that should arise naturally from divergent political views. There is literally no legitimate argument for evolution denial except religious vote pandering. The legitimate political argument over climate change ought to be over solutions and approaches, not endless nitpicking over evolving data sets and climate models and cynical hairsplitting.

Likewise women's health and reproductive health. If, like evolution denial, you take the religious vote pandering out of the equation, it's not clear to me why any conservative worthy of the name would consider government intrusion into the doctor-patient relationship a worthy political goal. I grant that there is a principled stance in opposition to abortion, but there are far more rational approaches to dealing with that problem than the endlessly self-contradictory contortions of the American right on contraception, sex education and reproductive rights. Again, increased government intrusion into private life doesn't strike me as a worthy political goal for anyone of a genuinely conservative bent.

Setting those issues aside, which shouldn't really be conservative shibboleths anyway, it would be reasonable of me to favor a small government approach comprised of fiscal prudence and a careful fostering of opportunity through the classic (or at least stereotypical) American values of hard work and self-reliance. And in truth, I couldn't argue much with that ideal. The devil, of course, is in the details. What constitutes "small" government? What kind of fiscal policy is "prudent"? How best do we foster opportunity?

If those were the arguments we were having in American electoral politics, I might be voting quite differently. Then again, I might not. What I am never, ever voting for is Bible-based hatred, knowingly distorted educational policies, discrimination again women and LGBTQ people and people of color, deliberate distortions of science and policy to protect entrenched business interests, the further restriction of class mobility and upward concentration of wealth, and the politics of fear and paranoia — all things that Brand Republican has worked very hard to proudly stand for during my entire voting life.

So, well, here's me not being politically conservative as the conservative movement in America has defined itself in this era. I'm not interested in generating more angry white guys. That strategy is a political dead end and a social disaster that poisons the wells of this country for everyone regardless of their political affiliation or gender or ethnicity.

But culturally? I think the real issue is that William F. Buckley was flat wrong. History moves whether we wish it to or not. Times change regardless of our fears. The old days were never as good as we like to pretend, and today is never as bad as it seems. The Myth of the Golden Age is older than the golden age itself. Even Cicero said, "Times are bad. Children no longer obey their parents, and everyone is writing a book."

The proper response to the change of history isn't to stand athwart it yelling "Stop!" The proper response is to grab the reins and direct progress as best we can. To change, to move forward, is both inevitable and desirable, at least as our civilization is constituted today. To pretend otherwise is to deny reality at its deepest level, and to deny oneself the opportunity to help guide that future.

I cannot be a cultural conservative, because I believe too firmly in tomorrow, and not enough in yesterday. The nature of change makes no other response rational. Conservatism is a fear response to change, a way of saying, "things cannot possibly be better than they were". Me, I'm wired for hope that things can always get better.