When an early camera caught a future president watching a dead one — Nice little piece of history, other than the thinly veiled Obama snark at the end.

Two preaching giants and the 'betrayal' that tore them apart — There's a glaring hypocrisy at the heart of this story, all but ignored by the reporter, around the senior Stanley's divorce. As a Southern Baptist pastor, Charles Stanley has spent a lifetime condemning others for their divorces. But when divorce happened to him, Charles Stanley wanted forgiveness. Very typically Christianist, very typically conservative; to condemn others for the same things you justify in yourself.

When Right-Wing Christians Stopped Thinking of Women as People — You'd be surprised at Christian denominations' positions on abortion in the 1970s. It is amazing how conveniently God's eternal and unchanging word can morph to fit conservative political strategies.

Mind-Blowing Bill O'Reilly Moment You Must See — Bill O'Reilly warns on FOX: "There are entire media operations that exist solely to promote ideology." Really? Can any human being with detectable brain activity be this unselfaware? Irony is dead, buried, rotted and forgotten. Confidential to conservative America: This is the kind of thing that confirms to the reality-based community that you really are nuts.

If you are 27 or younger, you’ve never lived through a colder than average month — Nope. No climate change whatsoever. Nothing to see here, citizen, move along.

California Tackles Climate Change, But Will Others Follow? — Remember kids, being conservative and thus exempted from the reality-based community, Red States don't have climate change. So buy that Gulf Coast beachfront property now! And good luck with those liberal hurricanes.

Willard's Last Gaffe? — And if it's OK for business to pursue its self-interests through government, why is it such a terrible sin for ordinary citizens to do so? Why is dependence on government just fine for corporations but dirty words for common people? That is a question Romney, and today's Republicans generally, can't answer. It's what makes him, and them, unfit to govern this country.

Top farm subsidy areas overwhelmingly supported Romney — Farm subsidies which benefit conservatives are an essential Federal program and aren't wasteful at all. Healthcare for all Americans is a gift trolling for votes, and therefore mere political waste. If you agree with this, you may be a conservative.

Paul Ryan's Wisconsin neighbors supported his opponents — Dude lost his home district. Tells you everything you need to know about the GOP presidential ticket, doesn't it?

Wrongness — Scrivener's Error on the wrong-ness of the GOP, and why we still need them. I was essentially making this same point a few days ago.

?otD: Last night, did you sleep at all? 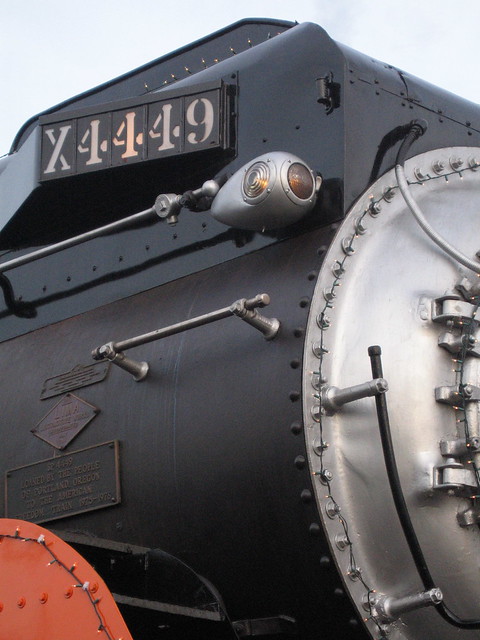 My relationship with food is being inflected ever further by my course of chemotherapy. At this point, most things taste like they're wrapped in plastic. (Or worse.) Over the last few days, my taste buds have rallied a bit, but the general trend has been downward. Given that this is my third pass through chemotherapy, I'm pretty familiar with the phenomenon. That doesn't make it any more pleasant or desirable.

This morning, thanks to the good offices of Lisa Costello, I am making a rare non-medical expedition from the house to go cheese shopping at Pastaworks on SE Hawthorne. I think my taste buds can handle a little bit of subtlety right now, given the current aforementioned rally. I'd like to score some Sottocenere al tartuffo, about my favorite cheese in the world. Sometimes they have it, sometimes they don't. This is preparatory to having a very small fondue party tomorrow here at Nuevo Rancho Lake. Again with the tasty and savory.

But the real obsession this week has been with burgers. I don't actually want to eat one just now, but I've been thinking about them. A lot. A few days ago I paged through Food & Wine's Best Burgers in the US slide show with great longing. I was fondly recalling my short story, "Two All-Beef Patties", with its increasingly improbable burger recipes. I've been imagining various combinations of ingredients and toppings to make at home.

And last night, I dreamt of burgers. Giant racks of them in a restaurant kitchen. All shapes and sizes, topped with everything from guacamole to onion rings to lardo-and-Sottocenere al tartuffo. Steaming hot. Greasy. Meaty. Savory. Spicy. Cheesey. Delicious.

I dreamt of meat.

Chemo destroys a lot of things. First and foremost, the fatigue drives me insane. Second most challenging after that, the perpetual GI disruptions. And there are so many other losses, from sexual dysfunction to a profound and endless emotional peevishness. On that list, food aversions and loss of appetite don't actually rate all that high, but they are still a special misery all their own.

Dreaming of hamburgers, I miss my appetite and my sense of taste.