My Little Lord Of The Rings — Because your brain might not hurt enough yet today. (Via .)

Google working on returning missing December to Android 4.2 users — A bug in the Android 4.2 'People' app has removed December as an option for users trying to input birthdays or other events in a contact's information. Really? That's hilarious, at least when seen from a distance.

Translation as cryptography as translation

?otD: What shall we talk about this week? 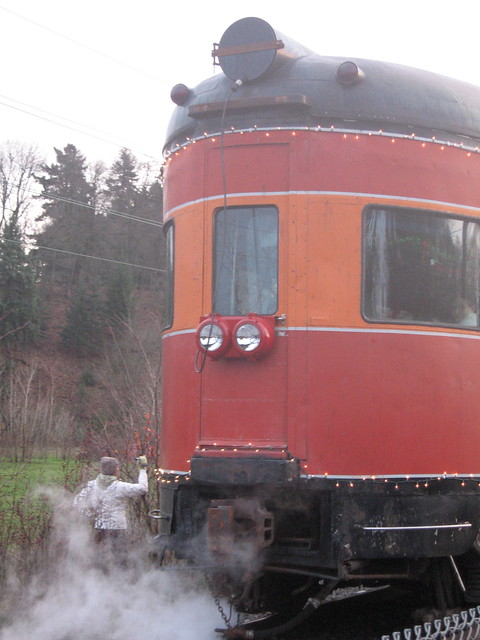 Yesterday was a pretty good day. We had a small family-and-friends fondue party. describes some of the hilarity here on her Facebook page. Fondue pickles, not for the win. Also, has been introducing me to White Collar [ imdb ], which so far (early in season one) has been much smarter and wittier than I usually experience series television as being, with no flying snowmen yet. (A few have hopped through and done the high jump, but they haven't kicked me out of the show to date.)

Overnight, I had the most indescribable dreams. I woke after every REM cycle, though I managed to sleep well enough during the course of the night that I'm not starting today pathologically exhausted, as happened to me last Monday. I dreamt about everything, sometimes all at once, from the zombie apocalypse to pizza to Bridezillas to media takeovers to pizza to endless struggles alongside to pizza to staff meetings at work to pizza to cancer to real estate to pizza. A fair amount of anxiety of the obvious sorts was mixed into the oneiric stream, but a lot of it was just the detritus of my subconscious on parade. Big time.

This morning, Lisa Costello is taking me to have the CT scan to follow up on the elevated CEA levels. Tomorrow, I go in for related bloodwork. Wednesday, I see the oncologist. My scanxiety is always an issue, as in uncertain moments such as this I tend to fixate on the essentially mechanical event of the scan itself, rather than the later-to-be-forthcoming data once the radiologist has read my scan and my oncologist has reviewed the results. The usual reality at my clinic is they release everything to me pre-appointment so I have time to read and process the report, but that's not a consistent behavior. So I may know more (to my relief or to my horror) as soon as this afternoon, or I may not know anything until I walk into the consultation room Wednesday afternoon.

So I continue quietly terrified for now.

In my post right after the election [ jlake.com | LiveJournal ], I observed:

Apparently last night somebody did an emergency character transplant into the profoundly mendacious and opportunistic Romney, because he didn't go down the Bush road. I'd like to say good for him, but I flat don't believe this was for any moral or patriotic sensibility. Not given Romney's extremely well documented track record. Someone was cutting their losses.

I believe I have more insight into Romney's character than you do, and I think you're wrong about his motivation. I think he conceded gracefully because that's what a presidential candidate is supposed to do when beaten. Even Richard Nixon knew that.

As I said at the time:

I am certain you do, actually, without argument. My insight into Romney's character comes entirely from the conduct of his campaign. Which did not encourage me to think well of him in the slightest, given everything from his 47% remarks to the profoundly and knowingly mendacious Jeep-to-China ads. The person who said those things and approved those ads is not a person anyone could reasonably assume to be of solid character.

That campaign legacy is Romney's public character, regardless of who he might be as a private person.

Again regardless of his private character, Romney's statements since the election have done nothing except confirm my abysmal assessment of his public character. The gracefulness Eric attributed to Romney the day after the election has been completely absent from the combination of entitled peevishness and sheer ignorant malice emitting from Romney since. At this point, even conservatives ought to be awakening to how close we came to electing Mr. 47%, and the degree of his fundamental disdain for ordinary working Americans of all political persuasions.

"What the president's campaign did was focus on certain members of his base coalition, give them extraordinary financial gifts from the government, and then work very aggressively to turn them out to vote, and that strategy worked."

"It's a proven political strategy, which is give a bunch of money to a group and, guess what, they'll vote for you. ... Immigration we can solve, but the giving away free stuff is a hard thing to compete with."

I won't bother reiterating the analysis made over and over again by commentators on the left and right about the so-called "extraordinary financial gifts". Romney's clear assumption is that tax cuts for the wealthy and items like the carried interest deduction are not "extraordinary financial gifts", but rather that they're prudent fiscal policy, while doing things like working to provide universal healthcare to all citizens regardless of economic class or political affiliation represent a giveaway the government can ill afford. That's a very typical conservative viewpoint, to believe that government benefits to their preferred interest groups are critical Federal programs, while government benefits to their disfavored interest groups are wasteful public spending. That's why student loan interest rate abatement is "mooching" but farm price supports are not. Students tend to vote Democratic, farmers tend to vote Republican.

Except government doesn't work that way. It's not about punishing people you disagree with or who vote the wrong way. It's about enabling both individuals and society as a whole to progress and prosper.

This ignorant disdain of the social contract and the role of government in the lives of its citizens is completely consistent with Romney's 47% remarks, and very far off the moderate tone he pretended to adopt during the late stages of his campaign while desperately trolling for votes from the political center. I won't even go into the "stupid-or-evil" dynamic inherent in his fact-free and untruthful reference to the Limbaugh-FOX talking point about "free contraceptives." Either Romney knows he's lying, as he has countless times before; or he doesn't know he's lying because he's dangerously embedded in conservative epistemic closure — which would you prefer for president, profoundly dishonest, or proudly ignorant of reality?

Romney's post-election remarks are not a continuation of graceful concession. These are not the words of a statesmanlike politician contemplating the reasons for his election loss. This isn't even consistent with the good character we might expect from a junior varsity sports team that lost their playoffs.

This surliness is sheer, old fashioned frustrated entitlement. This is the stereotypical shallow lack of self-awareness of the extremely wealthy being played out on the national stage to the deepening embarrassment of Romney's own party. This is Mitt Romney's wretched character being imprinted as his shameful public legacy as surely as Sarah Palin and the Tea Party are John McCain's shameful public legacy. Oddly, much of the GOP is coming to agree with me on this.

If Mitt had simply gone quiet after his surprising concession speech, I might have reluctantly come to agree with Eric's assessment. But he chose to speak up, to rationalize and justify and condemn; and once again perform one of his endless pivots. At least his Republican primary opponents, who had the political qualities and intellectual depth of the Seven Dwarves without their personal charm, possessed the courage of their convictions. The only conviction Mitt Romney is demonstrating now is his conviction that he deserves more than the rest of America, simply for the magnificence of his existence.

But then, we knew that all along. That's why he lost, remember?