The Rise of Literary Genres — Science fiction is the cockroach in the house of books: it survives on scraps and never goes away. Occasionally, as in the work of HG Wells and JG Ballard, it becomes sublime. (Thanks to , a/k/a my mom.)

Mars got its water from the same place as Earth — What? On sale at Costco?

Finding a direction of time in exotic particle transformations — Entangled B mesons show that time has an arrow on the smallest scales.

Seattle’s ‘creepy cameraman’ questions our comfort with being watched — This is interesting and strange.

This Newspaper Editor’s Statement on Why He Doesn’t Like Female-Starring Movies Is Just… I… I Have No Words — Wow. Just wow. And this person's knuckles apparently lift far enough from dragging the ground to operate doorknobs and (presumably) vote Republican. (Via Lisa Costello.)

Manchester lawyer facing federal child pornography charges arrested by FBI at courthouse — Biron is associated with the Alliance Defending Freedom, a group of lawyers who, according to their website, are committed to keeping “the door open for the spread of the Gospel” by advocating for “religious liberty, the sanctity of life, and marriage and family.” In Concord, she worked with the ADF in defending a Pentecostal Church on Mountain Road in its tax fight against the city. Yep, it's definitely secular liberals that are the problem in America. Ask any conservative. Say, this one.

World Bank envisions a 4°C future — Its conclusion? Please, let's not do this. Wow, even those raging socialists at the World Bank have fallen for those liberal "facts" and "data". What the hell is wrong with these people, paying attention to objective reality when there's perfectly good conservative ideology to answer all their questions in a way that wins Republican votes?

All Eyez on Him — GOP Senator Marco Rubio: At the end of the day, I think there are multiple theories out there on how the universe was created and I think this is a country where people should have the opportunity to teach them all. I think parents should be able to teach their kids what their faith says, what science says. Whether the Earth was created in 7 days, or 7 actual eras, I'm not sure we'll ever be able to answer that. It's one of the great mysteries. Um, no. That is as profoundly stupid as Bill O'Reilly saying you can't explain the tides. This answer of Rubio's is either the vapid anti-intellectualism of someone who can't pass 8th grade introductory physical science, or it's the willful ignorance of someone pandering to Christianist idiots. In either case, the answer renders him completely unfit for office. Not that this will bother any GOP voters in the slightest, since the issue at hand is those liberal "facts" and "data" about the reality-based world. (Note that I don't care if he knows the exact age of the Earth, I don't know the exact age of the Earth. Rather, it's the way he answered the question as if empirical science and misguided faith were objectively co-equal on the plain face of the evidence to which I object.) Also, The Bad Astronomer really takes Rubio apart, and explains why this ignorance, willful or otherwise, is dangerous in a politician.

otD: WAre you waiting for the sun to come? 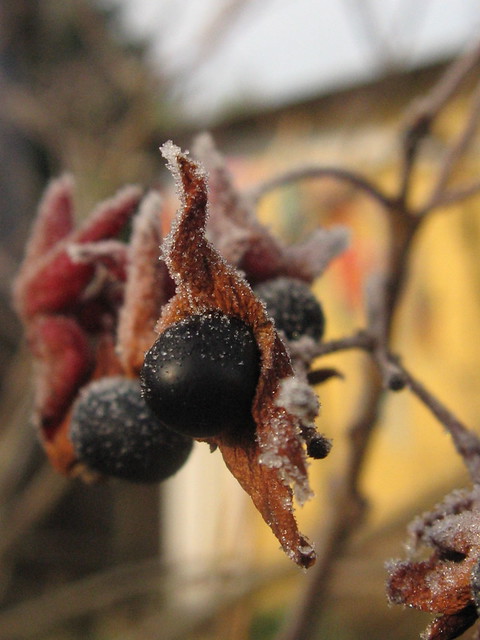 but...but...how do you then STORE all the books? My library is about 5,000 books large (I know intimately, as I've been in the midst of a move), and I re-read constantly, and I use the library for items I'll only read once or before I buy something from an author to see if I'll like it, simply because one does not have the SPACE.

I've probably owned 15,000 or 20,000 books in my lifetime. There have been three major culls starting in the year 2000, and I am now down to rather less than 5,000 in my house. But I have a pretty big basement. Space isn't really the issue. (Two of the three culls were connected to relocation and not wanting to move hundreds of pounds of books.)

Well, and there some books I think a person should just have, my own version of the science fiction essentials.

Which leads me to a few questions for you guys reading this.

2) Is there a reason (space, personal philosophy, funding) that your collection is the size it is?

3) Why do you keep the books you keep? (Bibliomania is a perfectly acceptable answer insofar as I'm concerned.)

4) What books do you consider essential?

I already more-or-less answered 1-3. Here's a very incomplete answer to 4), for me, presented in no particular order.


That list is grossly inadequate, even from my own reading experience, let alone all the books I haven't read. On cursory examination, I also note that this list is thin on recent or contemporary work, thin on women writers, and thin on writers of color. You can almost chart when I grew up by the titles on it.

What do you say?

No news on the CT yet as of Tuesday morning. If nothing else, I'll know by tomorrow afternoon.