A Christmas Memory (a little early) — A heart-wrenching post about childhood and his late father from my friend Jeremy Tolbert.

The Pilgrims Should Have Been Thankful for a Spirochete — A gruesome disease granted them uninhabited, cleared land and a sweet brook. (Via my brother.)

No link between full moon and mental illness — Not that this wasn't already understood, but it's a myth that will not die.

A Tsunami in Switzerland? Lake Evidence Says Yes — Huh. (Thanks to my Dad.)

The Case for Liberal Compassion Toward Allen West — I get the point of this article, but Rep. West is such a classic batshit Tea Party turd-in-the-political-punchbowl (he's the GOP representative who said he had a list of about 80 Communists in the Democratic caucus) it's really hard for me to feel much sympathy for him.

U.S. Deficit Shrinking At Fastest Pace Since WWII, Before Fiscal Cliff — Oops. That's bad for the conservative narrative, too. Luckily, this is only more of those liberally biased "facts" and "data", and can thus be safely ignored by GOP politicians, pundits and media figures.

Official: Changes to Benghazi talking points made by intel community — The intelligence community - not the White House, State Department or Justice Department - was responsible for the substantive changes made to the talking points distributed for government officials who spoke publicly about the attack on the U.S. mission in Benghazi, the spokesman for the director of national intelligence said Monday. See, that's more of those liberal "facts" and "data" that conflict with the conservative narrative. Don't expect this one to go away any time soon simply because reality doesn't align with the latest Republican faux-outrage. John McCain has to have something to rant about, and the conservative worldview is much more satisfying than the plain truth.

Three climate contrarians vie to lead House Science Committee — Actual grasp of science apparently not a top qualification for the job. Considering there are evolution denialists and Young Earth Creationists on that committee, yeah, no gasp of science whatsoever required to set science policy, and that for conservatives at least an outright hostility to both science and intellectual achievement is considered a big bonus. Luckily, we all know there's no problem electing willfully ignorant idiots to Congress. If there was, the entire GOP delegation would consist of three men and a dog, because the rest would be disqualified.

On Being the 'Stupid Party' — Contra Jindal, in American politics there is a substantial market for "stupid" -- one which the GOP has sought to corner. Which is what happens when you valorize anti-intellectualism, demonize science and sneeringly dismiss reality. 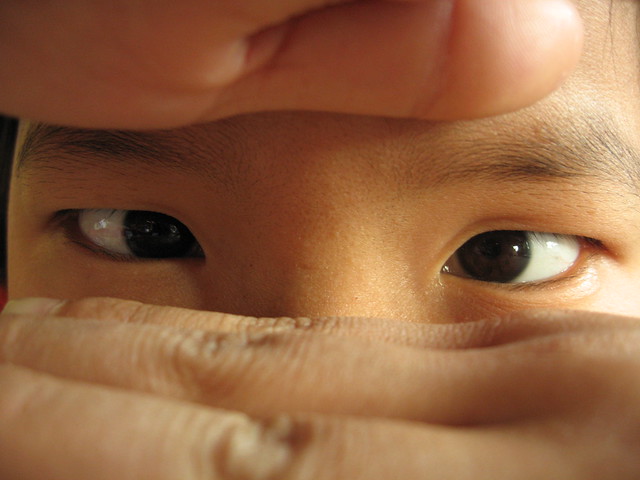 This is a lightly edited version of an email exchange between me and the editor working with my forthcoming book on writing process for Apocalypse Ink Production. I said a number of things I thought might be worth repeating, and with their permission, am doing so here.

> Here's the question I've had from the beginning but waited until I'd
> read everything there was to read cause I figured there was an
> explanation somewhere. Fred has always been something I understood,
> but did not know was a particular reference. I will admit to being a
> little disappointed that the name "Fred" wasn't something you'd come
> up with, as it seems to be reasonably rare for male writers to denote
> a male persona to the unconscious writer brain. Maybe it's a holdover
> from using the term "muse" but in my (albeit limited) experience it's
> more common for female writers to denote this as a male persona.

I copped the name Fred (indirectly) from Damon Knight. I find it occasionally useful to think of my writing brain as a separate entity, as it certainly sometimes behaves that way. I will note that the longer I do this, the less it feels separate to me. Sort of like developing a new personality and then integrating it?

I did seriously propose to a psychologist friend some years ago that he do EEG scans of writers in normal conversation, then do EEG scans of those same writers deep in their writing process. (This would require a fairly phlegmatic crew of subjects, a quality not often associated with writers.) I have this very half-baked hypothesis that the language centers engaged in writing fiction are different from the language centers engaged in ordinary discourse. Sort of like how different parts of your brain light up when speaking English rather than Spanish, or whatever. I hold up as my tattered shred of evidence the observable fact that for many authors, myself included, the syntax and vocabulary we use in fiction can be very, very unlike our commonplace speech patterns.

Which may, of course, be me saying the same thing twice.

> Do you think of Fred as being sort of an internal person or persona
> that does the story magic, or is it simply a four letter term to
> reference the not-quite explainable part of writing?

More the latter. I've never literally (or even hard-metaphorically) thought of Fred as a distinct internal persona. He's an aspect of my writing my mind, given some anthropomorphic character.

Some writers do talk about their characters telling them what to do. I've had that experience from time to time myself. I think very few if any of us take that literally. Rather, that's a special case of Fred talking to us.

What I do believe is going on, aside from the neuropsychobabble above, is that as with most people, the writer's subconscious mind is a lot smarter than the writer's conscious mind, within its given domains of expertise and experience. Good writing, writing with power, is of necessity tapping that deeper well. Otherwise it's just words on a page. The style, the intensity, the sweatiness, comes from reaching beneath and beyond the casual stringing of descriptive words and phrases.

It's a truism that the human mind functions on two levels as expressed in the classic model of logos and mythos. This is the basis of the Apollonian-Dionysian tension that has driven much of Western culture since pre-Classical times. We see it in everything from the psychoanalysts' description of the ego-id conflict to the dynamic between Spock and Kirk.

(Digression: one of the best expositions ever in popular media of this tension is the quartet of Terry Gilliam movies that starts with Time Bandits [ imdb ], goes to Brazil [ imdb ], then The Adventures of Baron Munchausen [ imdb ], then The Fisher King [ imdb ]. In Time Bandits, essentially nobody wins. Baron M. is about the triumph of Dionysian culture. Brazil is about the triumph of Apollonian culture. Fisher King is about an imperfect fusion between them that finally restores balance.)

First off, the CT scan came back good yesterday morning, for that value of "good" which says, "You still have three tumors in your liver, but at least you don't have any new ones there or elsewhere." So, yeah. I'll see my oncologist today, but at this point I don't expect any redirection of treatment. There is always room for surprise, of course, but the nastiest ones have been avoided for now.

The radiologist summarized it thusly:

Recurrent/metastatic tumor along the inferior margin of the prior right lobe resection is minimally decreased in size. Trace soft tissue attenuation along the gallbladder fossa appears unchanged in size. No new site of metastatic disease identified.

Given that my tumors grew 50% in the four weeks before this third course of chemotherapy began, that they are stable and/or minimally decreased nine weeks in is a distinct improvement. I'm not sure that we weren't looking for a more meaningful shrinkage, but that's a much smaller class of problem that was feared. I'll know more this afternoon.

But the fear. Oh, the fear of the scan. Abject, existential terror, to be more precise. And behind the fear, rage. Oh, the rage.

The really bad news in my life comes via CT scan. That's how all three of my metastatic outbreaks have been discovered, the first one literally by accident. (They weren't looking for anything of the kind on the CT scan that happened to reveal my lung metastasis.) When my terminal diagnosis comes, as it quite likely will sometime in the next few years, it will be via CT scan that we first understand the dreadful news. That's what I (and many others) were afraid of with this CT scan.

I am reminded of William Gibson's Neuromancer, in which The Dixie Flatline says, "Every AI ever built has an electromagnetic shotgun wired to its forehead." For me, the CT scanner is that electromagnetic shotgun wired to my forehead. Literally any time I slide into that giant plastic donut on the motorized bed, I am at material risk of a death sentence.

This is magical thinking, pure and simple. The CT scan doesn't actually have anything to do with the state of my cancer. I'm just potshotting the messenger. But the CT scan is when Schrödinger's catbox gets opened. The uncertain position and velocity states of my cancer collapse. A thing which was true by not known until that moment is now true and known. The pivot point of the plot is reached in that moment of spiralling radiation. Thusly, the CT scan becomes my focal point.

Imagine for yourself how you'd feel if once every few months you walk outside your home and knowingly wait for a sniper take a shot. Maybe the bullet spangs off the sidewalk and whizzes into the cold distance. Maybe it hits you in some not-quite-vital organ, requiring months of treatment and pain. Sooner or later, that bullet is going to hit you someplace that can't be treated. If you don't do your part and go outside for the shot as scheduled, the sniper will just surprise you with a shot through the window some random day, except then they'll use a much heavier caliber bullet.

That's my life these days. The metaphor is imperfect. The CT scan isn't the sniper, cancer is. But the CT scan is where I find out if the bullet hit the bone this time. And if I duck the CT scan out of fear, or its proxies denial and avoidance, the news will only be worse when it comes. Cancer undetected is cancer ascendant, after all. It almost never, ever goes away on its own.

How would you feel in this situation?

And to make matters worse, the time between hearing the gunshot and knowing where the bullet hit is measured in hours, or even days. In this case, I got the CT results about 24 hours after the scan.

It's fucking terrifying. And there's nothing to be done but endure. Ducking the CT scans would just mean we find the cancers more developed, therefore harder to treat and of even higher mortality risk. You can't run away from this sniper.

Abject, existential terror. How would you feel?

My therapist says I walk with death on my shoulder — he cribbed that from Carlos Castaneda. I think he means my awareness of mortality is immediate and pervasive, unusually so for someone of my age. (Born in June of 1964, 48 as of this writing, for those following along at home.) Maybe this is supposed to make me feel serene or wise or something. Which might be true, if I were a working class hero on a spiritual journey. Mostly it just makes me afraid.

Except even fear becomes boring.

The CT scans, the scanxiety, that's like a fear booster shot. Fear shifts from boring to immediate and agonizing.