New evidence of ‘chemo brain’ proves cognitive damage from cancer treatment isn't ‘all in your head’ — Duh. But yeah, i guess it has to be proven for doctors to believe it. (Via both and .)

Can Worms Alleviate Autism? — Autoimmune and allergic diseases are more prevalent in more developed countries where citizens are accustomed to better water quality and less contact with farm animals. Some researchers chalk this phenomenon up to the so-called hygiene hypothesis, which posits that the microbes and parasites that humans co-evolved with act to help keep our immune responses in check. The theory was spurred initially by observations in humans—that after anti-parasitic therapy, people scored higher on allergy skin prick tests, or that autoimmunity and allergies were more prevalent in more-developed West Germany than East Germany[.]

Language Is Shaped by Brain's Desire for Clarity and Ease — Using an artificial language in a carefully controlled laboratory experiment, a team from the University of Rochester and Georgetown University has found that many changes to language are simply the brain's way of ensuring that communication is as precise and concise as possible. (Via David Goldman.)

The Key to Science (and all learning) is...? — …being wrong and learning from being wrong. That's what happens when you base your worldview on "facts" and "data" instead of faith and ideology. First and foremost, you admit that you can be wrong, and that you can learn from it. Facts are far more forgiving that many people's version of faith. (Via Slacktivist Fred Clark.)

Let's Get Rid of Zero! — Denialism outside of a political/religious context. Math! (Via .)

Services Announce Recruiting Numbers for Fiscal 2012 — All four active-duty services and five of the six reserve components met or exceeded their recruiting goals for fiscal 2012, officials announced today. That means that repealing Don't Ask Don't Tell had no impact on recruiting. Yet another in the endless parade of histrionic conservative talking points that turned out to be nothing at all. But yelling about the evil gays sure helps generate more angry white guys, which is the keystone of the GOP's electoral strategy. Much easier to be hysterical than to look at the truth.

The Killing of Jordan Russell Davis — Ta-Nehisi Coates on a Florida man using his Second Amendment rights to his theoretical defense of essential liberties to murder an unarmed teenager with whom the man had picked a fight. Thank God for the NRA and the Republican Party, or that teen ager wouldn't now be dead for the crime of playing his music too loud. Guess he learned his lesson. More to the point, the shooter may well walk free because of Florida's NRA-sponsored 'Stand Your Ground' law. Feel safer now?

Movement Conservatives Foisted Romney on Themselves — Conservative commentator Daniel Larison on the history of the Romney candidacy.

GOP divide over Obama tax plan goes public — Ah, Grover Norquist. If you don't know who he is, you really don't understand the deep Republican irrationality on this topic.

?otD: What song do you want to dance to? 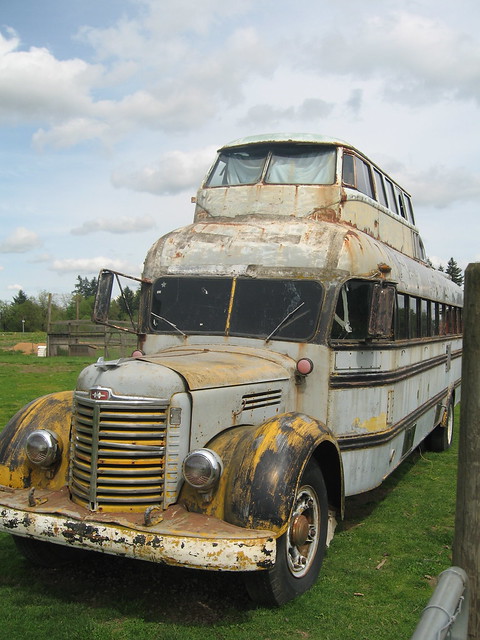 Back on the chemo train tomorrow, after a 'skip' week due to the Thanksgiving holiday. I always get my chemo on Fridays, due to the need to wear the pump for two days. I'm on the infusion a total of about 52 hours, and the last 46 hours are at home. So if I had chemo any other weekday, I'd have to take four days off work instead of two.

Think about that for a minute, btw. My entire medical treatment schedule is driven by the amount of sick time in my benefit package. Does that seem the best possible basis for treatment decisions? I'm not complaining about my employer, mind you — they have always been profoundly supportive through this process. It's just the American way. Life-and-death healthcare needs bend to financial and workplace considerations. That's how we do things in this country.

I've been seeing some bounceback. Everything from the consistency of my bowels to the return of my appetite to a weight gain that speaks of my metabolism beginning to recover to a significant reduction in my Vectibix/Doxycycline-induced skin problems. That will all get put paid to tomorrow morning.

This will chemo five of twelve in my third chemo series, and fifth of six pre-surgery. Speaking of the surgery, Lisa Costello and I got to discussing the surgical plan recently (such relationship conversations we have) and the question of how radical my surgical oncologist can be in approaching my liver. This in light of the apparent disappearance of the tumor Rumsfeld, and the apparent containment of the tumors Bush and Cheney. Just speculation, obviously, except for the point they made to me last summer that after two liver surgeries already they cannot make free with this one. As they said, I won't enjoy dying of liver failure any more than I'd enjoy dying of cancer.

So, for today, my liver and I are still on a tiny bit of vacation.

There's no objective reason for reality to have a liberal bias, but it most certainly does these days. When the GOP elected to pursue an anti-science, anti-education, anti-reality electoral strategy in their long term effort to generate more angry white guys, they explicitly and knowingly placed themselves outside of the reality-based community. That privileging of faith and ideology over objective evidence put conservatives on a permanent collision course with reality.

This wasn't done by people who were idiots. It wasn't done by people who didn't know what they were doing. Atwater, Ailes, Rove, et alia, knew exactly what they were doing, and they did it anyway. Votes in each electoral cycle were always a much higher priority for Republicans than either the long-term success of the country as a whole, or even the long-term success of their own party. In effect, they solved a short term problem — dissolving the old FDR-LBJ Democratic coalition, and maintaining the energy of that newfound base for the GOP — by letting someone else deal with the consequences much later.

The basic error was in cultivating conservative Christianists who (among many other toxic errors of thinking) place their faith in Creationism above the absolutely overwhelming evidence for the Theory of Evolution. This immediately privileged personal belief over objective reality. In the years since the GOP first began stirring the Christianist pot, that privileging of personal belief over objective reality has extended to other matters of science such as climate change denialism, as well to matters of ideology, such as the supply side economics myth that tax cuts promote growth.

None of these positions are positions that anyone comes to from an objective evaluation of the evidence. There is absolutely no evidence-based position for evolution denial whatsoever, that's just a matter of very theologically confused people mistaking private faith for external reality. The very slender potential evidence-based position for climate change denial collapses at even a cursory examination — the BEST project proved that decidedly, though it wasn't exactly in objective contention before Dr. Muller decided to test the data in line with conservative assertions about flaws in climate science and came to realize they were flatly wrong. The tax cut benefits promised by supply side economics have never materialized in the thirty years since Arthur Laffer invented the theory as a gag on a bar napkin, but the GOP is currently busy suppressing the evidence against one of their most important pet theories. (Obviously they learned from the BEST project what happens when someone takes an objective, evidence-based look at a core conservative idea that can't be defended on its own merits.) Talking about the Republican position on women's reproductive health as so clearly evidenced in this past election would take up half a dozen more blog posts, but suffice to say that in this most recent election cycle the GOP boldly proved on the national stage over and over again that cherished conservative beliefs about reproduction, contraception and pregnancy wouldn't pass muster in a reasonably well-run junior high school health class.

In other words, you have to have faith strong enough to ignore reality in order to hold any of these conservative positions. Which pretty much forces reality to have a liberal bias, as the natural world doesn't care what your pastor or Rush Limbaugh or the GOP party platform says.

There is no objective reason for reality to have a liberal bias. It does so because conservatives have painted themselves into an intellectual and philosophical corner over and over and over again. Both the conservative movement and the nation as a whole would be far better served by them coming to their senses, so our national arguments can be constructive ones about how to deal with what's happening in the world around us, rather than the endless, ridiculous culture wars the GOP has damaged our society with in an effort to generate more angry white men.

We can only hope, but I do not find much cause to do so.