Is This Grade School a 'Cult'? (And Do Parents Care?) — The Atlantic on Waldorf schools. has attended one since she was three and a half. (Via , a/k/a my mom.)

Crystals... made of time — Physicists: "Ignore the infinities and try this." Universe: "Not likely."

Teen bank robber from Nebraska brags about crime on YouTube video — The self-described ‘Chick bank robber’ flashed her stolen loot on video – now she faces time behind bars. Welcome to crime in the age of social media. (Via .)

Senate Republicans Block Ratification Of U.N. Treaty On Rights For The Disabled, Citing Impact On Home-Schoolers — Stay classy, conservative America. It's what you do best.

I think an awful lot of what passes for political discourse in this country these days works off that principle: There's money in making stupid people mad. — Votes, too. Hence the perennial GOP electoral strategy of generating angry white men. (Snurched from Slacktivist Fred Clark.)

FoxNews.com Columnist Attacks Bob Costas For Correctly Drawing Connection Between Guns And Murder — From the "la-la-la-la, I can't hear you" school of the obvious about the relationship between guns and violence. Why is the Second Amendment's guarantees of freely available instruments of murder so absolutely sacred to conservatives while the First Amendment's guarantee of religious freedom gets constantly shredded by the very same people? Compensating much?

Anonymous, Karl Rove and 2012 Election Fix? — Did Karl Rove's hack get hacked? A question I myself have asked. It would explain a lot about the last-minute expectations of the Romney campaign.

GOP’s McCain, Graham, Collins used same language as Rice to describe Benghazi attack — Both Rice and the Senators used the term “mob” to describe those who perpetrated the attack on our consulate and CIA station in Libya. None of them referred to terrorists, or Al Qaeda. Yet the Senators are now faulting Rice for not referring to Al Qaeda when the Senators themselves did not refer to Al Qaeda. More of that justly famed principled intellectual consistency from the American Right, I see.

?otD: Did I miss ruby Tuesday? 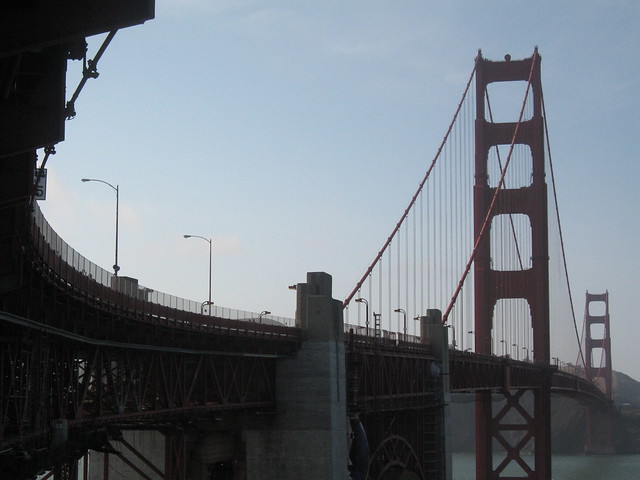 For dinner last night I had six Triscuits and five pills. Plus about four ounces of apple juice. An hour or two later, I choked down two sticks of Pocky. That's about how it went yesterday. Plus me spending over half an hour after work looking at pictures of pizza on the Internet and researching Portland pizza places I haven't yet tried.

Dreaming of food I cannot eat.

I had an exchange in comments yesterday with in which I tried to explain the current medication-and-diet regimen. Edited slightly for clarity, it goes something like this:

The dysfunction is essentially permanent, as I'm missing my gall bladder and my sigmoid colon due to surgical intervention. Ie, my fat metabolism is more or less random, and my colonic 'brakes' are missing.

Add on to this the cyclical symptoms from chemotherapy (14 day cycle) including extreme constipation (days 1 through 4 or 5), lactose intolerance (days 3 through 5 or 6), severe diarrhea (day 4 or 5 through day 6 or 7) and it's like driving a car on ice. Every tiny change produces a potentially huge overcorrection.

I'm more or less dealing with this set of epicyclic symptoms through next June or so, after which it will settle down to my usual post-surgical issues.

No booze, especially given that this round of tumors is in my liver.

I also forgot to mention the calcium contraindication in my am and pm medications, and the chemotherapy-induced magnesium deficiency which requires a third midday med schedule as the magnesium supplements are also contraindicated with my morning and evening meds, not to mention having potentially violent GI side effects in their own right.

Plus the heightened phototoxicity from the Doxycycline I take to offset the horrible skin problems from the Vectibix in my chemo cocktail.

To which their response (in part) was:

Jesus Christ - you need to change your name to "Job", seriously.

The crushing fatigue is the worst of the symptoms over time, but the food issues often depress me the most. I struggle with having cravings I cannot possibly address, and with being revolted by everything that I can eat. As anyone who's spent much time with me knows, I'm very food oriented. It's just another damned punishment.

Six triscuits and five pills. I could weep.

I have no patience for waiting, in line or otherwise. Sometimes you have to — airport security, for example — at which point I put on my big boy pants and deal. But I won't wait for a restaurant table or a movie ticket or at a music venue or a festival. My absolute limit for hanging around a restaurant to be seated is fifteen minutes, and that's mostly governed by my laziness in not wanting to go elsewhere. As I've often said, they could be hosting the Second Coming and free chocolate on the lawn, and I won't go stand around for it.

The only real exception for this is when I'm with a friend who really wants to do something, and I want to be with my friend. At that point, I'm not waiting in line, I'm spending time with a friend who happens to be doing something I wouldn't normally do. It's a mental shift.

This means there's places I like around Portland I very rarely get to eat at anymore. The Screen Door, for example, or Apizza Scholls, where it's incredibly difficult to get in unless you show up early and wait for them to open. I love the food at both places, but my life's too short to spend it hanging about for an hour to get a table. (And this ignores my current health issues, which make waiting in line almost literally impossible for me because I cannot stand in one place for more than a couple of minutes without needing to sit down.)

I can't figure out if this is utterly reasonable of me or an irrational tic on my part. I don't suppose it matters much either way. I'm happier not being frustrated by standing around, that's good enough for me.

Do you wait for things? What do you get out of it?