Andy Serkis: The actor inside a character's skin

The Keep Calm-O-Matic — For all your icon and avatar generating needs. (Snurched from the Velveteen Rabbi.)

Ladies Dressed as Appliances — Because reasons!

Hono­lulu after Pearl Harbor: A report published for the first time, 71 years later — (Via my Dad and my brother.)

Can you start the baby on soda too early? — It scares the hell out of me that anybody, ever thought this was a good idea. Also, the ad copy is hilarious is a dark way.

End-of-Year Follies (Again) — Scrivener's Error on, among other things, the Supreme Court's recent decision to review both the DOMA and Proposition 8 cases. He makes an interesting point that would have completely escaped me as a non-attorney.

Strong opinions on climate change are self-reinforcing — Don’t believe it’s real? You won’t see local effects. As George Banks said in Mary Poppins, "Kindly do not attempt to cloud the issue with facts." Which is pretty much the motto of the conservative movement these days, sadly for both them and the rest of us. Unfortunately, while its point is interesting, this article makes the far too common journalistic mistake of false equivalency, in attempting to appear balanced on a factual issue where there simply is no balance.

'Barack the Destroyer': Bryan Fischer's Grand Unified Theory of Obama — See. This is why the reality-based community thinks conservatives are crazy. Bryan Fischer is a major figure in a major conservative organization saying things that would embarrass a strung-out bus stop mumbler with their batshit, wall-eyed insanity. And millions of his fellow conservatives believe him. There simply is no liberal-progressive equivalent of this kind of widespread conservative paranoid lunacy.

Republican Staffer Khanna Axed Over Copyright Memo — This how conservative epistemic closure is perpetuated at the policy level. A GOP staffer writers a memo analyzing an internal conflict between Republican positions on free market ideals and copyright law. Instead of responding to the critique or reconsidering conservative positions on the issue, the staffer is fired at the request of upset GOP officials. This is not the response of a political party interested in evidence-based reality. This is the response of denialist ideologues. At least Republican are consistent. Conservatism cannot fail you, only you can fail conservatism. (Snurched from Steve Buchheit.)

GOP's politics unraveling before our eyes — As it approaches its rendezvous with the fiscal cliff, the Republican Party in Washington shows all the signs of a national nervous breakdown. I must confess that a lot of my schadenfreude in observing Republican disarray is colored by the unbearably smug Republican triumphalism we all had to endure during the heady days of the Permanent Majority. (Or as I like to call it, the Dozen Year Reich.) Which pretty much left me with a permanent bad taste in my mouth for the character of conservatives and their discourse. How'd that work out for you, Karl?

Arithmetic on Taxes Shows Top Rate Is Just a Starting Point — Yep. And budget math has never been the GOP's strong point. Not with actual, you know, numbers. They got addicted to fantasy math as a result of the supply side economics fairy and Bush era spending sprees. As Paul Ryan said, it's too complicated. Not only to explain, but to even perform. But then actual arithmetic is much like "facts" and "data", it almost never favors the conservative view, and therefore can be disregarded. 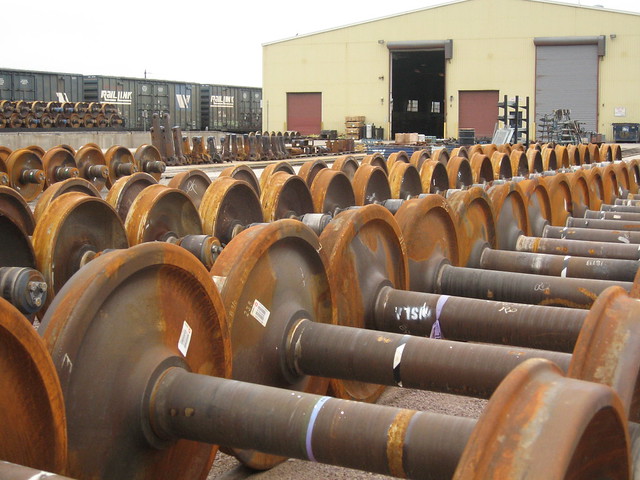 First of all, I am both humbled and uplifted by the response to the questions I posed yesterday questions [ jlake.com | LiveJournal ]. Chemo brain permitting, I shall be re-reading your comments today, and replying to at least a few of them. I should have something more coherent to say tomorrow, but thank you. Thank you.

Speaking of chemo brain, I had another long talk with Lisa Costello yesterday evening about a new phase of cognitive dysfunction I've entered over the past week or so. Basically, old emotional "tapes" are surfacing in my head, and I'm beginning to perseverate on them. This getting stuck on dead issues from my past is sadly familiar, as I went through it during the last two series of chemotherapy in 2010 and 2011. It's not dissimilar to what can happen to people with TBI (traumatic brain injury) or various forms of brain damage and brain tumors, albeit more mild and ultimately in my case transient.

As it happens, I track a number of side effects. This will come as a surprise to no one, but I have a spreadsheet. (I've been working in sales-and-marketing and/or IT since the mid-1980s, sue me.) My oncology team thinks this is a little weird, but they're also rather admiring of my spreadsheet. And many of those side effects are cognitive, including:

In case you're wondering, the spreadsheet tracks things like time of onset, duration, intensity and trending within each two-week chemo cycle.

It's all pretty damned frustrating, but this emotional perseveration on prior stress is galling in some particular ways. I find myself focusing on serious problems of the past, such as the ending of prior relationships, at times and with energy levels which are highly inappropriate. We're talking about stuff that's done and gone and dealt with, but I begin to re-experience the stress and emotional trauma as if they are current or recent events.

This in turn tracks with the general peevishness and narrowing chemo brings to me, both directly and as first and second order indirect effects.

So it all swirls together and becomes an even bigger problem. I am able to interpret most of my chemo side effects through the lens of cancer and its discontents, but this particular one feels like a character flaw to me. I'm well aware that I am being irrational and self-judgmental when I say that, and it's simply not true, but nonetheless, there you are. Fatigue isn't a moral weakness. Neither is lower GI distress. This stuff? I really ought to be a grown-up about it, and I'm beginning to reach the point where I just can't.

In this area, at least, cancer and chemotherapy are transmuted into what I wind up interpreting as an assault on my character.

Even deep in chemo I'm so verbal and glib that I can fool people, including myself, about how well I'm doing mentally and emotionally. I'm so good at falsifying affect that I don't realize I'm doing it.

And that is just scary.

So I begin the slide down another slippery slope, already steeped in regret and a burgeoning sense of dread for what it is to come.

Jersey Girl in Portland is laying on a birthday feast for Lisa later, and we are otherwise celebrating quietly at home. Because that's how we roll these days.

Go wish her a happy one!