Fuck Yeah SciFi/Fantasy WOC — Author Scott Lynch responds to a critic of the character Zamira Drakasha, a black woman pirate in his fantasy book Red Seas Under Red Skies, the second novel of the Gentleman Bastard series. Plus Anne Bonny. Duh. (Via .)

The Misty Mountains song from The Hobbit — This gets me every time, even in this European cover version from str8bvoices.

Notes After a Viewing of Red Dawn (2012) — The Mumpsimus is interesting. Long but worth the read if you're interested in either film criticism or politics.

'Bird Buggy' keeps noisy parrot quiet — and mobile — I for one welcome our new psittacine overlords. (Snurched from @jeremiahtolbert.)

Tennis star Novak buys up world's supply of donkey cheese at £400 a pound for new restaurant chain — Because… I got nothing. Except that I want to try it. (Via .)

Cafe Ginza: 1941 — I continue to be fascinated by this image, both for haunting historical reasons (note the date, and probable fate of all the business owners and families on this street), and for the curious details, like the name of the doctor on the sign in the right edge of the frame. Even the movie posters on the wall of the cafe are interesting.

Apple Maps 'is life-threatening' to motorists lost in Australia heat — Hey, Apple. Your Maps app is the Newton of this generation. Give it up already. Enough with the corporate dick waving. Can we please have our damned Google Maps back on the iPhone?

On "Otherness" at Christmas — The Velveteen Rabbi writes about being Jewish at Christmas. Highly recommended reading for any Christian who somehow imagines they are part of an imperiled religion in modern America. I think there's something profoundly valuable in the de-centering experience of recognizing that one's own paradigm is not the only paradigm. But I recognize that it isn't always easy or comfortable. And if it isn't happening in a reciprocal way -- where I recognize that my way isn't the only way, but so does the other guy; specifically, so does the person with the privilege of being in the dominant / majority position -- it can feel alienating and painful. Everyone else is having a great time and I'm outside the party -- alienating and painful. That mainstream experience is "normal," and I feel perennially "other" -- alienating and painful.

Same-Sex Issue Pushes Justices Into Overdrive — I'm extremely dubious of the assumption that the narrow ideologues on the Court's Right are going to place any emphasis at all on public opinion. They've proven time and again they'll place the conservative political agenda above either the national interest or the Constitution. Scalia's tortured reversal of a lifetime of his own legal reasoning in order to avoid supporting the Obama administration on the ACA ruling was just the latest example.

Likely Increase in Births Has Some Lawmakers Revisiting Cuts — The latest Health and Human Services Commission projections being circulated among Texas lawmakers indicate that during the 2014-15 biennium, poor women will deliver an estimated 23,760 more babies than they would have, as a result of their reduced access to state-subsidized birth control. And it's costing the state a lot of money in post-natal healthcare. Gee? Ya think? Obviously it requires a grasp of that nasty liberally-biased reality to understand the causal link between availability of birth control and birth rates.

Laura Ingraham Has the World’s Worst Imagination — Conservative commentator outraged at liberal-progressives doing with Obama exactly what she did with Bush. More of that justly famed conservative intellectual consistency in action. 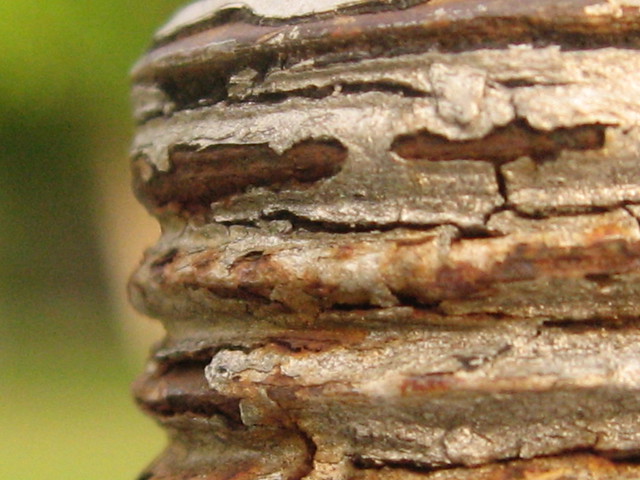 Had an unusual dream last night. It was very plot-oriented, and barely personal at all. Basically, my subconscious coughed up the first two-thirds of a movie or novel plot. This all started with a request from a Balkan nation for a technician to come service their repurposed Studebaker plant for which tooling had been purchased decades earlier. It involved a doctor at a teaching hospital in a Rocky Mountain city who was running a deep scam on research funds, and an Albanian immigrant community in that city which had a shadow culture running beneath the city's legal and social systems. There were disabled people involved in trying to crack the scam because they knew it was their interests that were ultimately being robbed. And cool driving sequences involving a BMW 2002tii roaring up and down steep mountain roads. Not to mention the scamming doctor urinating in the public pool, being hung by Christmas lights outside a restaurant, and some weird, White Collar-like planning around money drops and such like.

My dreams have not been so entertaining of late. It's kind of nice to see my old creative life-of-the-mind peeking through like an iceberg in drug-infused waters.

Saturday morning I made a post asking people about how they read my cancer blogging. [ jlake.com | LiveJournal ] The response in comments was surprising to me, in a very good way. As I said yesterday, I have felt both humbled and uplifted. There's a lot of thought-provoking stuff in there, at least to me.

One of my commentors said something that really struck me.

My uncle tells me he’s still reeling from the loss of his mother who died several months previous, and I say “that sucks” and I feel like the lamest person in the world that I don’t have better words than that. I care, and I hurt for him, but words fail. From what you have shared, I now think that no one grieves well and no one has magical comforting words. I feel like you have given me tools to approach my own grief and the grief of others honestly and without fear

That strikes me as a very important point. It's a lesson I learned mostly from my friend , with input along the way from , my Aunt M. and a few other folks. Not to be tendentious, it's a lesson about self-judgment and forgiveness and love.

At least here in mainstream American culture (the part I participate most directly in), we expect to be able to help our friends and loved ones, to make things better, when misfortune presents itself. At the same time, we flinch away from the unresolvable. In adverse circumstances, we can set up a tension within ourselves which doesn't have a worthwhile outcome. There are situations where no words will heal, no deeds will help. Cancer is one of those. Perhaps the most emblematic in a symbolic sense, but there are many other life events which can invoke the same conflicted responses.

Accepting that sometimes are there no better words is part of life. A strange, difficult part to be sure. To my way of thinking, the helplessness of the observer really can match the helplessness of the sufferer. We are all each other, after all. And I say this with the full cultural authority of someone who has made the rather odd choice to do his suffering very much in public.

All we can do is go on. Sometimes, all we can say is "that sucks".

The reminder that when he was my age, my dad was going through these things, and I don’t feel like I did enough to support him and my mom and my brothers.

I fear for my daughter in this. As you were young, so is she. Her need to grow and live doesn’t give her the focus on me that my parents and siblings and age-mate friends have. I desperately want her not to have to forgive herself later for what she feels she might not have done for me now.

I don't have much to add there, but it seems terribly significant.

Maybe the message is to understand the incomprehensible, and forgive the unforgivable.

Except I never have been very good at forgiveness.