Gunman opens fire at Oregon mall; Suspect, 2 dead — This is a mile or so from my house. Thank God for the NRA and the Republican party. Without their vigorous defense of gun rights, this shooter wouldn't have been able to pursue his theoretical defense of essential liberties by murdering people for Christmas in my neighborhood. Without widespread availability of firearms, we'd be living in a peaceful liberal hell, I'm just certain of it.

Why Being An Academic is like Being a Novelist, And Why That’s OK — In which I receive passing favorable mention as a Good Example.

Lice in the Locks of Literature — Christopher Priest on Robert McCrum's recent dismissive characterization of science fiction as the cockroach of genres. German author Cora Buhlert is amusing about this from a non-UK/USAnian perspective.

Spooky spirit stalks Imperial Schooner? — I've eaten at this place. (Thanks to my Dad.)

The Empire That Was Russia — The Prokudin-Gorskii Photographic Record Recreated. (Via Alexis.)

Jimmy Fallon on the Gadsden Purchase — These guys are obviousy planted actors, but this is still some pretty funny history trolling.

GravityLight: lighting for developing countries — This both technically cool and socially worthy. (Via Slacktivist Fred Clark.)

Threatening Snowglobe Administration Lifts Some Restrictions — So snowglobes are no longer considered an air safety risk? Good to know. I feel much safer now.

Earth's orbital cycles may trigger peaks of volcanic eruptions — 41,000-year cycle in the Earth's tilt matches up with peak volcanic activity. Didn't they make a disaster movie out of this?

Fake Metro Map of Montevideo — This article about faking the Uruguayan metro is quite interesting.

The man whose brain ignores one half of his world — A stroke left Alan Burgess with hemispatial neglect – an inability to pay attention to sensory stimuli on his left side (Via Slacktivist Fred Clark.)

Gene Regulation May Explain How Homosexuality Flourishes — Isn't this more or less another approach to the "gay uncle" hypothesis?

An Epi Phenomenon — While exploring the genetics of a rare type of tumor, Stephen Baylin discovered an epigenetic modification that occurs in most every cancer—a finding he’s helping bring to the clinic. This bit about inflammation leading to DNA methylation actually explains to me a lot about why colon cancer hit me early — I have a lifelong history of bowel distress and colonic irritation, and was diagnosed years before my cancer with IBS.

Black swans and blue tarantulas: ‘Without’ and ‘despite’ are not the same — Slacktivist Fred Clark on belief and evidence.

New global report on discrimination against the nonreligious — (Via .)

GOP mute as Supreme Court tackles gay marriage — Come on, Republicans. Where's that loud and proud bigotry you've built your political fortunes on over these past decades? Those angry white men won't generate themselves!

Roberts Donated Help to Gay Rights Case — You know, my opinion of Chief Justice Roberts couldn't be any lower if he was a Young Earth Creationist used car salesman, but if he votes on the side of equality and sanity in the Supreme Court's DOMA review, I will send flowers and chocolate to .

Scott Tranter, Republican Consultant: Voter ID And Long Lines Help Our Side — "A lot of us are campaign officials -- or campaign professionals -- and we want to do everything we can to help our side. Sometimes we think that's voter ID, sometimes we think that's longer lines -- whatever it may be," Tranter said with a laugh. That's the real innovation of Mitt Romney: Republicans no longer even bother to lie about their dishonesty and electoral manipulation. I'm old enough to remember when the GOP was all about "character counts". Too bad nobody in the GOP is.

Republicans Look To Break Their Fox Addiction — That would begin to get them out of the epistemic closure. Maybe a step in the right direction? Forgive me if I'm cynical about this one. 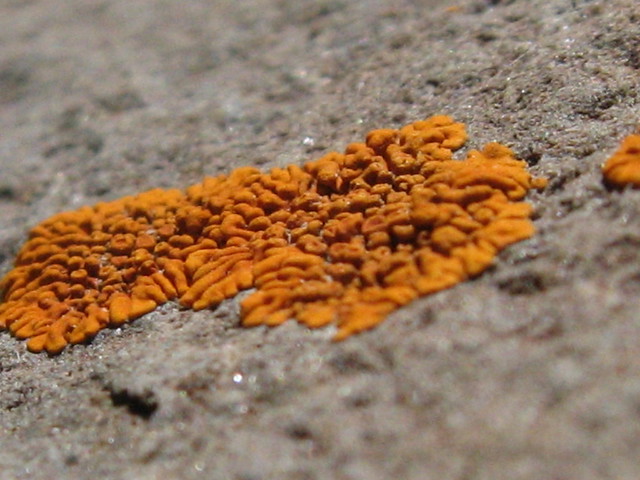 This happened last night a mile or so from my house, at the mall where I normally go to the movies, and where my family occasionally goes to restaurants or stores which are easiest found in shopping malls. In this case, no one in my circle of family and close friends, and so far as I know, no one in my circle of acquaintances, was involved. My personal degree of involvement consisted only of hearing sirens from time to time while the through street down the block from my house became badly snarled up with diverted traffic.

Now we're going to have the same, tiresome, never ending discussion we always have about our national obsession with firearms. "Guns don't kill people, people do." "Guns are only a tool." "Spoons don't make people fat any more than guns kill people." "Cars kill more people than guns do." "Guns make me safer." "Guns prevent far more unreported crimes than they cause." And my personal favorite, "It's not right to politicize such a tragedy by bringing up these larger social issues."

You know what? Shut the fuck up. People died. Because of guns. People who wouldn't have died if the shooter couldn't have acquired his firepower and accessories. It's that fucking simple.

I've never yet met a gun enthusiast who will admit to the simple proposition that if there were fewer guns in our society, there would be fewer deaths. Not a single Second Amendment enthusiast with the moral and intellectual honesty to agree that yes, their ownership of firearms is more important to them than the tens of thousands of people killed every year by suicide, homicide and other gun-related causes.

My life is worth more to me than your guns are. My life is not made safer by your guns. If you can't own that simple fact with its moral and social implications, you are a dishonest coward.

If you can own that simple fact, then you are a very different person than me. Because guess what? I value your life more than you value mine.

There's a lot of conservative "scholarship" about how firearms keep people safe and prevent crime. That work is only slightly more credible than Young Earth creationist "scholarship", a great deal of it being simply made up by a man working as a janitor at Yale who's still cited in NRA circles as an Ivy League researcher.

There's a lot of personal anecdote about how firearms have saved people's lives. I'll stipulate that even if each and every one of those is passionately true, it's still on a par with people who tell stories about not wearing seatbelts saved their lives when they were thrown clear of a fiery wreck. The objective data says otherwise, and I'll take data over anecdote every time. Especially when you're laying my life on the line.

No one comes to gun advocacy as a reasoned position based on careful examination of the evidence, any more than anyone comes to evolution denial, climate change denial or supply side economics based on the evidence. Gun advocacy is an emotional and ideological position desperately in search of an objective basis, just like its conservative kissing cousins. Like all of those fixations, advocacy of widespread private gun ownership is a patently absurd position when viewed from any perspective other than the purely internal.

Some people feel safer with guns. You scare the rest of us spitless. Yesterday afternoon, your sense of safety was bought and paid for by someone who dressed up, went to the mall in my neighborhood, and killed people to celebrate the Christmas spirit and his theoretical defense of essential liberties as protected by the NRA and the Republican party.

It's as simple as that. If the shooter didn't have access to a weapon, a tool whose sole purpose is killing other human beings, he wouldn't have killed and wounded nearly as many people.

We have social experiments running in countries all over the globe, from the UK to Australia, that show reduced firearms availability and increased firearms control reduces gun violence and death rates. This isn't even a remotely questionable proposition. Yet the gun lobby as a whole and gun enthusiasts in general go through intellectual and moral contortions that would shame a pedophile Jesuit crackhead in order to maintain that their beloved firearms are a right which cannot possibly be tainted by any whiff of sane social policy or moral considerations.

So, guns? Yeah. If I could, I'd mail every gun owner in the United States postcards every single day, showing a photo of that day's dead, their bio, listing their surviving family members, and the make of firearm that killed them. They'd be like baseball cards. Maybe then it would be real to you guys polishing your guns and feeling afraid of the wicked world, feeling safer with your home defense.

I know a lot more gun owners than I do criminals, and it's your culture of guns that enables those criminals to be armed in the first place.

If you're a gun enthusiast, you own those deaths as surely as the sun rises in the east. And I'll be amazed to see any of you ever admit that to yourselves. Congratulations, you've sufficiently controlled the social and political discourse such that none of the rest of us get a say in our own safety.

Meanwhile, people died in my neighborhood yesterday, paying with their lives for your gun rights. Just as people die in neighborhoods all across the United States every day.

[1] Be aware, in the comments section on this post I am unlikely to be my generally polite self to the usual specious arguments about why guns are harmless and wonderful. The social utility argument ("cars kill more people...") or the home defense argument ("my gun in my nightstand is more accessible to my sleepy self who just woke up than that wired-up burglar's is in his hand...") for example. Feel free to engage me where you disagree, but don't be stupid about it. I'm not willing to be moderate on this topic. Not today.

[2] I shouldn't even have to go into this, but some people will doubtless think it, or bring it up, telling me that I don't know what I'm talking about because I'm a stupid liberal hippie who's never touched a weapon. Yes, I'm quite familiar with firearms. I lettered in both riflery and archery in high school. I know range safety, and believe me, if I shot at you, I'd hit you. That makes me all the less interested in ever doing such a thing, or having such a thing done to me. In short, I'm afraid of guns precisely because I do understand them, not because I am ignorant of them.