Waterloo Productions will be following my chemo experience in realtime on Facebook this weekend — Come along for the ride, if you're curious.

Hydrated and delicious — Language Log with a long riff on "cringe words". We all have them, and it's kind of baffling unless you share the particular cringe. For me, the nicknames "Compie" and "Lappie" for computers are cringe words.

Write Your Own ‘Shatoetry’ and ‘Shatisms’ with William Shatner’s New iOS App — Presented without further comment, because basically none is possible. Well, except for the observation that "Shatoetry" is probably a cringe word. (Via Lisa Costello.)

Sandwich Monday: The Latke Double Down — Wow. Slightly reminds me of the über sondvich at Eastburn. (Via @ShellyRaeClift.)

Cheese through the centuries — Because cheese!

Model Warfare — BLDGBLOG on the history of art as a tool of warfare.

Indiana Jones Mystery Package — Abner Ravenwood's diary surfaces. Surrealist performance art on the hoof at the University of Chicago. I love this. (Via both and .)

Quantum networks may be more realistic than we thought — Delicate qubits survive long distances in quantum communication without a memory.

Recreational marijuana should not be top federal priority: Obama — President Barack Obama says federal authorities should not target recreational marijuana use in two Western states where it has been made legal given limited government resources and growing public acceptance of the controlled substance. Yeah, duh. This issue doesn't affect me personally in the slightest — I don't use even though I live in a state with a medical condition that would allow me a marijuana card — but as a matter of rational social policy there's only one direction it can go. "Rational", however, does not often describe our social policies, viz this nation's views on welfare, healthcare and gun control.

Minimum Wage Machine (Work in Progress) — Yeah, well. For those of you who oppose raising the minimum wage, imagine living on that. (Thanks to .)

Calif. judge says victims' bodies can prevent rape — A Southern California judge is being publicly admonished for saying a rape victim "didn't put up a fight" during her assault and that if someone doesn't want sexual intercourse, the body "will not permit that to happen." Is this guy a GOP Senate candidate? As amply demonstrated at length during the most recent election cycle, that's such a Republican view of women's health; and as such, profoundly and insultingly wrong.

The perils and potential of N.A.L.T. (Not All Like That) — Slacktivist Fred Clark on Dan Savage's take on Christians and Christianists, and what do about the fact that conservative bigotry has become the public face of Christianity in America.

76 Things Banned In Leviticus — All of which are equally abominable in God's eyes. You know, like wearing mixed fabrics. Or homosexuality. Or trimming your beard. See the whole list to know what you should be protesting on the streets every week and agitating for ballot measures to ban. Assuming you need further proof that Christianists are ridiculous theological and intellectual frauds. (Via Steve Buchheit.)

Clearly has no problem with straw men, long as their haystacks aren't touching... — There was a time I regarded Justice Scalia as a guy who was intellectually honest although I disagreed with him, a reasonable mind I could differ with. Was. It's a long time gone. Yep. The way Scalia abrogated forty decades of his own legal reasoning in order to vote against the ACA pretty confirmed what had been obvious for years — that he's a partisan hack who places political interests above law, precedent, the Constitution or the national interest. Which is precisely what conservatives want in a Supreme Court justice. (C.f. Clarence Thomas, who unlike Scalia has the added advantage of being a dim bulb unlikely to ever be troubled by an attack of conscience of the sort that led to Chief Justice Roberts' aberrant vote on the ACA case. Dumb and loyal are the perfect qualifications for a GOP nominee to any Federal bench.) This piece does a terrific job of unpacking Scalia's knowing intellectual dishonesty and personal mendacity in service of his political and cultural goals. (Via Steve Buchheit.)

Lieberman Will Not Be Missed — Actually, go ahead and let the door hit you on the ass on the way out, Joe. It's the least you deserve. 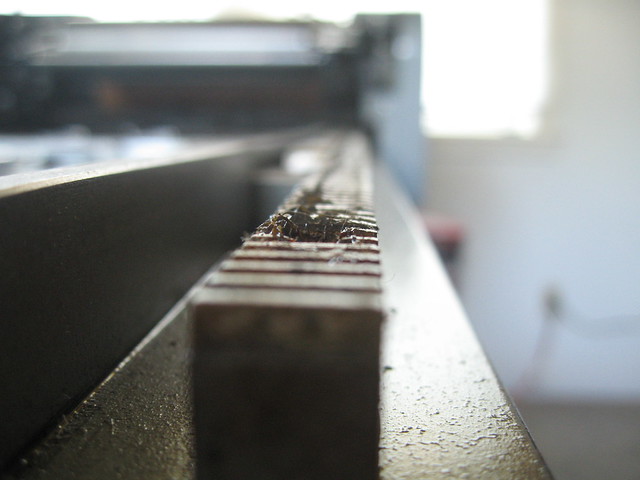 Waterloo Productions will be following my chemo experience in realtime on Facebook this weekend. Come along for the ride, if you're curious.

It's chemo six of series three, and is significant for a couple of reasons.

One, this is the thirtieth chemotherapy session I've had since the beginning of 2010. I'm here to tell you, this shit gets old. Beats dying, though.

Two, this is the breakpoint. I'll be off chemo from after this weekend until about the beginning of February, 2013. We need my body to rest and recover for about four weeks so I can tolerate the liver resection I'll undergo in mid-January. That will be my third liver resection and fifth major surgery in past five years. I'll need two or three weeks to recover from surgery so I csn tolerate the chemo again, at which point I'll have six more sessions through about April or early May of 2013.

What this does mean is I'll have a week or two of slightly more normal energy and appetites starting the week after Christmas. I might even be able to go out in the daylight. Oh what fun.

Pretty soon I'll be talking to my surgeon about dates and tests and so forth. I have another CT, as well as a PET and an MRI in my near future. Hopefully all that medical radiation and superstrong magnetic fields will transform heretofore unknown genes in such a way as I'll acquire superpowers.

Meanwhile, I prepare to toddle off to the oncology clinic and experience the wonderful world of chemo side effects. Lately even the Ringer's they start me with gives me nausea, which is obviously and annoyingly psychosomatic, so now I have to take a Lorazepam to even get in the chair.

Hope your weekend is better than mine will be.

As long-time readers of this blog know, I've been pretty exercised about the United States' national healthcare policies (specifically healthcare finance, not healthcare delivery) for a long time. This was true even before I became a cancer patient and got to experience much the madness first hand. I am similarly exercised about certain other issues, such as our firearms policies (viz recent blog entries) and education policies (specifically, that we have a political and social system that allows Creationists to take control of public education, leading to monumental wastes of time and effort and the horrific mis-education of children as characterized by the Dover decision).

But we also get a lot of things right in this country. To name a few, healthcare delivery (as opposed to healthcare finance), where when the United States is at our best, we are generally the world's best. Aviation policy, where most of the world follows FAA standards. The research-industrial complex that has delivered everything from Teflon to the Internet for the whole world to use. Higher education, where again, at our best we are generally the world's best. Our First Amendment protections for freedom of speech and freedom of worship, which provide us with at least the potential for maximum personal expression and individual freedom of thought.

In other words, if our policies on healthcare and firearms are such a good idea, how come no similar societies are following our example?

History will judge us harshly for some things — leading the path in climate change denial, for example. Our obsessive militarization of world affairs, for another example. But history will be simply baffled by other aspects of American culture, such as our vicious healthcare policies and our national obsession with placing deadly weapons in the hands of every citizen who ever dreamt of having one.