The Howard Hawks Lord of the Rings — Hahahahaha.

Houding — "Houding" is a term from the art theory of the Dutch Golden Age which has no equivalent in English. But like a lot of foreign art terms, figuring out what it means can give us an insight into the thought process of artists from previous traditions. Art guru James Gurney with an interesting reflection on art process, which like many of his reflections has useful analogs to writing process.

Apple gets thrown in the briar patch, and The Blame Game — Alternative views of the whole Apple Maps/Google Maps fiasco. I don't buy this line of reasoning, if nothing else for the amount of damage Apple took to their consumer image, but it's an interesting set of perspective. (Via .)

AP-GfK Poll: Science doubters say world is warming — Yay? "Believing" in climate change is like "believing" in gravity or evolution or tomatoes. It's real, whatever your ideology or faith or reason does or does not tell you. The universe truly does not care about your private reality. Still, this seems to be an improvement in our political and social process.

Twelve facts about guns and mass shootings in the United States — If roads were collapsing all across the United States, killing dozens of drivers, we would surely see that as a moment to talk about what we could do to keep roads from collapsing. If terrorists were detonating bombs in port after port, you can be sure Congress would be working to upgrade the nation’s security measures. If a plague was ripping through communities, public-health officials would be working feverishly to contain it. Only with gun violence do we respond to repeated tragedies by saying that mourning is acceptable but discussing how to prevent more tragedies is not.

The Newtown killings — Roger Ebert talks about the media and violence.

What Does, and Doesn't, Kill People — Andrew Wheeler with some worthwhile thoughts on the recent massacres.

A World Of Maximum Guns — Ta-Nehisi Coates on the social and moral costs of tooling up even further.

Okay. Teachers and general school staff should NOT be carrying guns. Here’s why. — A teacher and gun enthusiast speaks up on one of the more idiotic pro-gun memes. In detail. (Disclaimer for them what needs it, the writer is a personal friend.)

'Gun Safety,' Not 'Gun Control' — James Fallows at The Atlantic with some thoughts on social costs.

How to Speak about the Unspeakable — An interesting roundup of positions on gun issues.

A roundup of responses to Friday’s tragedy — Slacktivist Fred Clark with a wide-ranging set of links. (Including one back to me.)

Alabama police kill 2 suspects after separate shooting incidents; 3 others found dead — Clearly what we need is more guns, especially in schools and hospital. There can be no other logical answer.

?otD: Every day does the paper boy bring more? 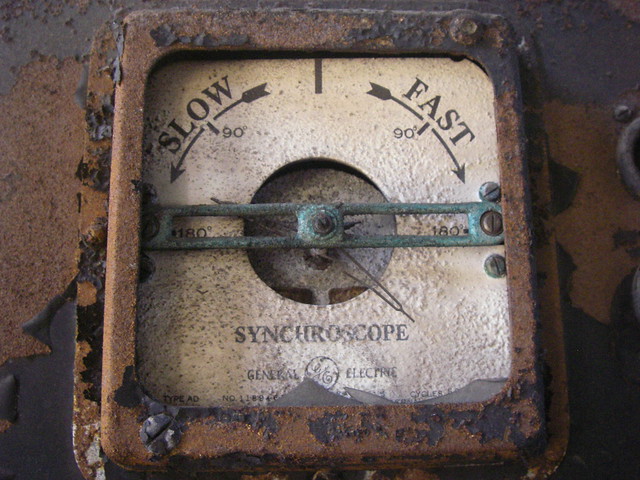 My experience of being deeply enmeshed in the healthcare system is that a majority of my non-billing paperwork (and a meaningful percentage of my billing paperwork) is intended to ensure that I am qualified to receive certain benefits, and to check my continuing eligibility. Another way to put this is that a majority of the patient-facing overhead of healthcare delivery costs, meaning costs exclusive of actual medical expenses, is about compliance.

A simpler way to put this is that we spend a lot of money making sure only those judged deserving are helped.

From my perspective, the only three things I've done in my life that were more paperwork intensive than being a patient in the American healthcare system were to apply for a security clearance, buy real estate, and adopt . I did all of those things successfully while in good health and of sound mind.

Being very ill in America invokes a messy, complex, internally inconsistent system that requires a lot of focus and precision at a time in most people's lives when they are least equipped to provide those things. If indeed, ever they were. Not everyone is good at paperwork. And this is me, who is not dealing with public benefits and all their myriad oversight requirements, but rather a relatively sane and generous employer and employer-sponsored private benefits plan.

So let's assume a certain number of claimants are fraudulent. That's true in every walk of life with every kind of benefit — someone will always be trying to figure out a way to get something for nothing.

What would happen if we simply let those people into the system? If, instead of spending money on compliance we spent that same money on delivery? Would net costs go up or down?

We'd certainly have a system that is much kinder and more supportive to the overwhelming majority of users, its legitimate patients. Instead of punishing the users along with the fraudsters, let's keep things simple for the people in most desperate need.

Would that cost more or less? I have no idea. But it would be the mark of a compassionate society that values life, liberty and the pursuit of happiness over punishing the undeserving and deserving alike.

Yesterday went pretty well, except that I ate too much. Wildly uncharacteristically, my appetite kicked in. H— made an excellent breakfast, including a Twinkie fried in bacon grease and topped with bacon and Hershey's dark chocolate syrup.

I ate two bites of this culinary rimshot. Also part of an excellent omelet, some fruit, and part of a baked pancake.

For lunch I wanted onion rings of all things, so Lisa Costello popped out to Red Robin. I would up eating four onion rings, about six French fries and half a turkey club croissant.

Trust me, for me on the chemo pump, this is eating large. There was very little food later, as I felt and continue to feel overfilled, but it was yummy.

I stayed alert all day, was conversational and focused. Lisa and I watched the most recent director's cut of Blade Runner [ imdb ] with , who had never seen it before. This led to discussion of the history of science fiction film, Syd Mead, art direction, special effects, Philip K. Dick, identity paranoia, is Deckard a replicant, character motivation, the meaning of being human, and some close analysis of the final scenes and why Roy Batty did what he did in saving Deckard's life. That commentary on mortality, the symbolism of the white dove and the nail in his hand, and Batty's desperate desire to be remember as someone (or something) human, led me to some inner ruminations on my own mortality.

All was well until I tried to sleep. Somehow I'd overdone it during the day, and even with Lorazepam had a fairly rough night. So I've taken another Lorazepam this morning and expect to have a lumpen sort of day.

Plus my gut hurts. If my usual patterns hold true, I won't pass stool for another two days at least, so everything I ate yesterday is going to hang around clogging up the pipes.