Alt Text: After Apple Map Flap, It’s Time for Apologies All Around — Hahah. (Via .)

Not a grid, but a fleet — BLDGBLOG on cities and ships. Fascinating stuff.

'I Am Adam Lanza's Mother': A Mom's Perspective On The Mental Illness Conversation In America — Sigh.

Not Protection — [T]his peer-reviewed 2009 study by the University of Pennsylvania School of Medicine study which concluded that people in possession of a gun were 4.5 times more likely to be shot during an assault than those who didn’t have a firearm. Not to mention the cost to the rest of us.

After a 1996 Mass Shooting, Australia Enacted Strict Gun Laws. It Hasn't Had a Similar Massacre Since. — The genie really can be put back into the bottle, with sufficient respect for human life and sufficient political will. Both of which are lacking sorely in American gun culture. (Via David Goldman.)

Wow: Waiting for the Apocalypse — The Connecticut shooter's mother was a survivalist who stocked up for the apocalypse. Um.

Following Sandy Hook massacre, lawmakers focus on possible assault weapons ban — I'm certain the NRA and the Republican Party will soon put a halt to this latest unconscionable assault on the shooter's theoretical defense of their essential liberties. They always do.

?otD: Do you help to provide relief for the way that people feel? 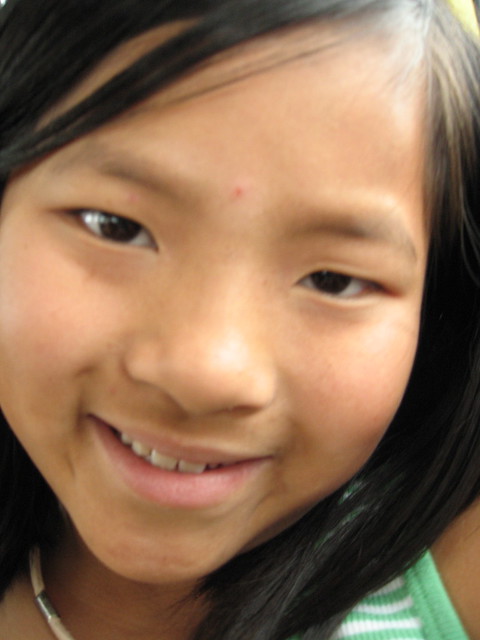 Yesterday, Lisa Costello and I were discussing the emotional infrastructure of cancer, as we are sometimes wont to do. I was on my oft-told riff about allowing myself to experience the emotions of this process as honestly as possible. Grief, rage, loss, and so forth. (The emotion of the day happened to be peevishness, which is one of my least favorite for its sheer pettiness.) I repeated my comment that the only emotion I don't permit myself is a sense of unfairness. The universe just is, fairness doesn't enter in to this.

Except then I realized that the whole question of fairness is a more sophisticated concept than that. It falls within the realm of those human elements without correspondent empirical manifestation — justice, mercy, honor, and love, for example. My whole life is unfair in some significant ways that happen to benefit me at the expense of others. I am tall(ish) white man of WASP extraction born in mid-twentieth century America. The degree of privilege and ease that has cloaked me all my life is a form of unfairness to others so pervasive that most people in our society never recognize it all. I was in my twenties before I first began to glimpse my own good fortunes as a social justice issue.

So is cancer fair? No. Neither is my nice, well-paid, white collar job that permits me to work sitting down at home, preserving both paycheck and health insurance benefits in the face of cancer's unfairness. Instead of taking a leave of absence or becoming permanently unemployed because I don't have the capability to do my job.

This seems important to me. I don't know what it means yet, I need to think more, but my denial of unfairness is beginning to feel simplistic and unsophisticated to me.

Yesterday ran somewhat off the routine. Many of the usual suspects were off to brunch and a matinee of the Portland Revels. Documentarist @dratz had fallen ill and removed himself from my immunocompromised presence. Team E—, H—, and Jersey Girl in Portland were in the house doing various things including handling my needle extraction. Also, installing my latest tourist attraction:

...thanks to a recent, generous gift from a friend, and a whole bunch of work by Team E—. I can now have a warm butt in the middle of the night. This is a luxury not to be sneezed at. Plus, well, this: [ jlake.com | LiveJournal ] historical perspective on my last visit to Japan. Apparently what goes around really does come around.

Meanwhile, the lower GI follies have started days early. I realize that I am one of those people who would complain if you hanged me with a new rope, but, really, do I need to be up for an hour at two in the morning dealing with this? The reverse, not dealing with it, would of course be worse.

I ended the day being peeved at half of everybody, which really means there's something wrong with me, not them. The magic of chemo brain. Today is not promising to be any better in the lower GI department, but at least that hints at relief earlier in the rest of the week, which is to be hoped for. Plus I'm off chemo now until about the beginning of February as we gear up for my third liver resection in January. It's a sad state of affairs when the prospect of major abdominal surgery means an improvement in your daily life.