Has Fiction Lost Its Faith? — Sort of weird reading this critique of religion in fiction from my perspective.

Hammerspace — Hammerspace (also known as malletspace) is a fan-envisioned extradimensional, instantly accessible storage area in fiction, which is used to explain how animated, comic and game characters can produce objects out of thin air. Huh. I didn't know this. Makes sense, so to speak. (Via Daily Idioms, Annotated.)

Virgin Galactic's SpaceShipTwo flies with rocket motor for first time — The hope is to start passenger flights as early as 2013.

Drastic cuts in fish quotas expected — With fishery regulators poised to impose devastating cuts Thursday on the New England fleet, blame for the disappearance of once-abundant cod and flounder populations is shifting from fishermen to a new culprit: the changing ocean. Warming waters and an evolving ocean ecosystem possibly related to man-made climate change are contributing to the anemic populations, not just decades of overfishing, government officials say. Man, even the fish in the sea are responding to liberal lies about climate change. Al Gore must be the most powerful person on Earth. I'm sure Rush Limbaugh can explain this away. Probably black helicopters over the Grand Banks or something — that would make as much sense as any other conservative ideas on the subject, after all.

Newt Gingrich Supports “Reality” Of State-Sanctioned Marriage Equality — Wait, doesn't this mean God has abandoned the Republic, and we're due for rivers of blood in streets? I'm pretty sure that's what the GOP's been saying for years.

Misinformer Of The Year: Rush Limbaugh — The hilarious part is when Limbaugh claims to have acted with integrity. That delusion would be cute if it wasn't so toxic, sort of like FOX News employees somehow imagining they are journalists.

To Keep and Bear Arms — A long article on the semantics of the Second Amendment. (From some time back, fwiw, this is not a response to recent events.)

The N.R.A.’s Blockade on Science — The Dickey Amendment is why we don't have good science or public health info on gun violence. Because of the typical conservative response to actual data — an authoritarian shutdown of any discussion at all, while hiding the facts.

Do Armed Civilians Stop Mass Shooters? Actually, No. — Oh, those pesky little facts, getting in the way of the conservative narrative again. Not that we'd know for sure, what with the gun types getting laws passed to ban actual research on the topic here in the free marketplace of ideas.

Kids find gun, loaded and safety off, in cinema after concealed-carry guy “loses” it, doesn’t call cops — A man carries around a loaded gun, safety off, then loses it in a public place frequented by children (it’s “The Hobbit,” of all movies), and doesn’t “think” to call the police. Oh, yeah, I feel hella safer now. Because nothing improves the public welfare like a lost handgun in a public space frequented by children.

Evil, Mental Illness, and the Responsibility of the Free — [I]t could also be argued merely feeling the need to possess and bear a piece of artillery designed to kill a hundred human beings in a hot minute is actually a sign you have some kind of mental illness in the first place. Um, hell yes. This one of those things that's painfully obvious unless you've already drunk the Kool-Aid and have convinced yourself that being a free and moral human being requires that you be able to deal death at the flick of a finger. (Via Slacktivist Fred Clark.)

The Connecticut school massacre: How the world sees us — I realize that to conservative Americans, the rest of the world is a series of Socialist hells that can be ignored, but a lot fewer people die in those Socialist hells of gun violence. Personal safety is a small price to pay for surrendering our gun pathology. Not that we likely ever will…

House Republicans Vote to Throw 300,000 Kids off Food Stamps In Order to Cut Taxes for Millionaires — Because that's how conservatives roll. With justice and compassion for none.

?otD: Are you dancing in the dark? 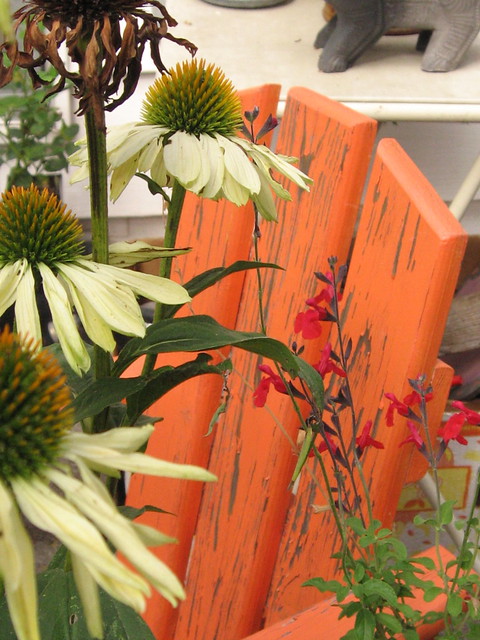 Yesterday continued miserable. Contacted the oncology clinic, who had me switch to an every two hours rotation of double dosing Lomotil and Imodium. Normally that drug load would put me in the hospital with pathological constipation (where I have been before, trust me, that's bad), but in my case it only seemed to accelerate the lower GI distress. Which is to say, without the drugs I'd probably be in the hospital by now with pathological diarrhea. Not to mention hitting the anti-nausea meds two or three times yesterday due to coming within an ace of redecorating the carpet on multiple occasions.

As one might imagine, this has been a bit distracting. So here in Blogistan I still got nothing, except clinical exhaustion, a severely compromised GI both upper and lower, and the kind of full scale abrogation of my personal dignity that comes when an adult can no longer properly manage their bowel functions. There was a moment of mild amusement last night when reaching for an adult diaper I accidentally grabbed and unwrapped a maxipad. Well, Lisa Costello was amused. I was crying tears of frustration and shame.

So far today, who knows? It's early yet. Lots of time today for even more things to go wrong.

Also, to add to my immense frustration, this means I probably won't get to see The Hobbit tomorrow as planned, unless my gut really settles down today. Yes, the movie will still be there later on, but it's another damned price to pay in this endless parade of irritation and humiliation that is cancer and chemotherapy.

In other news, regular wit and erudition will resume eventually.