In praise of … roquefort — Just in time for Christmas comes news the cheese harbours anti-inflammatories that work wonders for the heart. Mmm. (Via Scrivener's Error, among others.)

Megapiranha, Prehistoric Piranha, May Have Had Strongest Bite Ever — 1.3 meter long piranha? Wow…

Hawaiian Islands 'dissolving from within' — Oh noes Runa away!

The 12 Instruments of Deathmas (Fa-la-la-la-la!) — Implements of pre-anesthetic surgery. Really, don't click through to this unless you have a strong morbid streak and a good stomach. On the other hand, if you can hack it (see what I did there?) this is pretty amazing stuff. (Via Daily Idioms, Annotated.)

Boston Priest to Lead Vatican’s Oversight of Sexual Abuse Claims — Pope Benedict XVI on Saturday named a priest from Boston, the epicenter of the sexual abuse crisis in the United States, as the Vatican’s new sex crimes prosecutor. Also known as the Vatican office of "La la la I can't hear you, and besides it's the fault of those sultry boys and the dirty hippies", or for short, "Suffer the little children." I'd be a lot more impressed with the Vatican's efforts in this regard if anyone in the Church's senior leadership had ever taken responsibility or accepted punishment, rather than simply being transferred out of the relevant jurisdictions.

Why it is critical we cover so-called controversial science — Facts are not controversial, but unfortunately cause controversy. I have a different view this. Covering junk science (antivax, for example) and willful ignorance (evolution denial or climate change denial) as if they were actual controversies endorses and rewards the political and cultural agendas of the knowing liars who promote them. The whole point of the Creation Science "teach the controversy" meme is to confuse people. Feeding that fire only, well, feeds that fire.

Scrivener's Error on sociopathy and the NRA — With documentation. This.

The NRA and the positive good of maximum guns — In short, the NRA has become a neo-Confederate movement that sees Federals as foes, and that stokes the paranoia of its followers by claiming, as LaPierre did this year, that Obama's re-election marks "the end of our freedom forever." That's more or less what Fire-Eaters said about Lincoln in 1860. And alongside the dominant right wing of the Evangelical movement, the NRA is pretty much the face of evil in mainstream America today.

Random Thoughts on the Ramblings of a Mad Man — Steve Buchheit says a lot of what I would have said (if my brain weren't so fogged by illness) about the moral depravity and political insanity of Wayne LaPirere and the NRA as evidenced by Friday's press conference. Yes, I have a bias here. My bias is people should be safe to live in peace.

U.S. Shooting Deaths Since Sandy Hook Top 100 — Your gun rights have cost 100 more lives since Sandy Hook. I sure hope you feel safer, because I sure as hell don't. 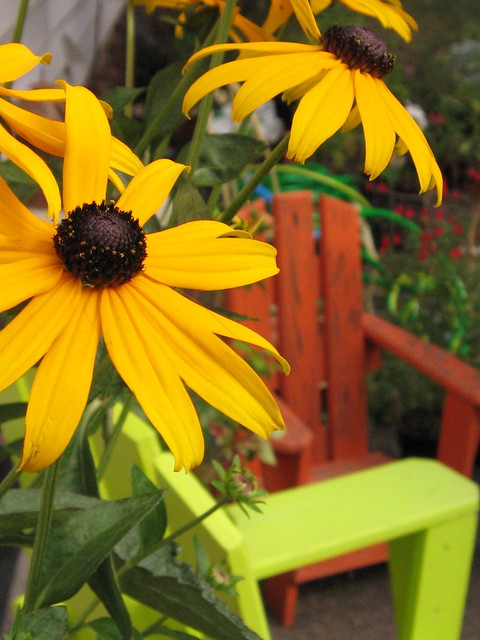 Somewhere in the wee hours of last night, I woke up to a mental postcard sent from my now long-buried writing mind. Fred handed me a story stub, which I can yet recall this morning. As I am unlikely to ever write this, I offer to you the first 3%-5% of a new Jay Lake story. Feel free to make it your own, or ignore it as you see fit.

Meanwhile, it was kind of nice to hear from Fred.

At this point, I'm on enough lower GI meds to make an entire Navy SEAL squad beg for castor oil enemas. Nonetheless yesterday continued productive, as it were. Whatever's going on inside me is extremely severe. However, things were much better than they had been. I'm downgrading my GI issues from "epic" to "heroic", and I have regained some measure of control.

Still eating not much but Triscuits and Ensure and the odd bite of sweet roll. I did go crazy and have about three tablespoons of rice for dinner. That represents stepping out for me these days.

Things are stable enough that I'm on track to go to The Hobbit this morning. We'll see if they hold up. Lisa Costello and I are taking a separate automobile from our various homies in case of sudden evacuation on my part. I don't expect much from the movie except for 2.5 hours of Jacksonverse Lord of the Rings fan service. With luck, I'll be pleasantly surprised.

Otherwise hunkered down and chowing pills and dreaming of food. I'd really like to eat again some day. Miserable is as miserable does, and I'm getting slowly better.

In other news, my surgeon has confirmed my previously noted dates for January. So I am having my liver resected for the third time on January 21st, 2013, and will be out for the count for the better part of two weeks following. Meanwhile, if my GI ever gets back under control, I can take some time to enjoy life without constant chemotherapy mucking things up.

Have a good weekend, whatever you're doing.