Dislike Peter Jackson's The Hobbit? Then You Don't Know Tolkien — (Via Caias Ward.)

The Wine Grapes of Westeros — [F]or wine you need grapes, and for grapes you need something Westeros does not have: Reliably changing seasons. Interesting piece. (Via Slacktivist Fred Clark.)

The Sun and the Earth in the same photo — From spaceweather.com. (Via .)

Programming for all, part 1: An introduction to writing for computers

Allergies, extra weight tied to bullying — Kids who have food allergies or are overweight may be especially likely to get bullied by their peers, two new studies suggest. Not surprisingly, researchers also found targets of bullying were more distressed and anxious and had a worse quality of life, in general, than those who weren't picked on. Also, this just in: water is wet, sun rises in east. When I was a kid, back in the 1970s, us bullying targets were asked what we'd done to antagonize the bullies, and told to be behave better so we wouldn't be picked on so much. Keep our mouths shut so we wouldn't draw attention to ourselves. So maybe this is an improvement, that there's academic scholarship proving what ever fat, sniffly kid has so painfully learned since the dawn of man.

Timbuktu mausoleums 'destroyed' — Islamists in Mali have begun destroying remaining mausoleums in the historic city of Timbuktu, an Islamist leader and a tourism official said. Ah, yes, the healing power of religion in civil society strikes again. This is why American should be a Christian nation, so we, too, can destroy our history to protect our delusions.

Scientists Report Faster Warming in Antarctica — West Antarctica has warmed much more than scientists had thought over the last half century. Pay no attention to the climate change behind the curtain. That's just more liberal lies by climate scientists chasing that sweet, sweet Federal grant money for their new Ferraris.

Obama vs. the NRA — Obama always promised to take on the special interests. Now he is set to square off against the strongest interest group of all. Of course, all this only justifies the conservative Obama-is-coming-for-our-guns paranoia. Sigh. If they'd signed on for sensible gun control all along instead of the NRA's policy goal of Maximum Firearms, they wouldn't be in the position today of feeling so threatened.

Silencing the Science on Gun Research — The typical conservative response to adverse data is to suppress it. When you base you worldview on the authority of dogma rather than the value of evidence, it becomes more important to deny reality than to acknowledge it. They certainly learned (again) from the BEST project that conservative beliefs don't hold up to objective examination. This, in turn, is why none of my gun-owning friends's claims about safety and crime rates hold any water. Their own side has suppressed virtually all study.

Wayne LaPierre: If It’s Crazy To Put More Guns In Schools, Then Call Me Crazy — Ok. Since you asked. Wayne LaPierre: You're crazy. You and your organization have proven that you are crazy, destructive fucks who don't have the moral authority or common sense to be allowed possession of a steak knife, let alone a role in our national firearms policy.

Top two headlines in my Google News this morning: 2 firefighters shot, killed while battling New York blaze and 1 Killed, 1 Wounded in Bar Shooting — Your guns are not making me or anyone else safer. Widespread private gun ownership scares me a hell of a lot more than criminals or some mythical government conspiracy. The headlines every day prove I'm right to be more scare of private citizens carrying than I am of criminals or the government.

Gun Violence And The Irrational Fear Of Home Invasion — Nationwide, there are about 100 burglary-homicides every year. When you compare that to more than 18,000 gun suicides, the conclusions seem pretty obvious. Not to mention those 10,000 gun homicides. Oops, those pesky facts. Again, I am a lot more risk from you and your gun than you are from your mythical home invader or attacker. Your illusion of safety is my real danger.

?otD: Why do you want to know? 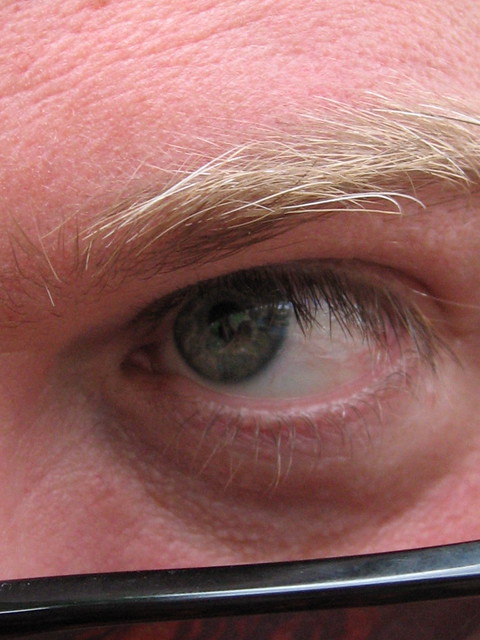 Last night, thanks in part to ongoing GI disruption (including serial outbreaks of flatulence that sounded like the Trumps of Doom a'blowing) I slept pretty fitfully. Lorazepam can only do so much, after all. This led to dreams, as such things do. It's all fragments now, but among other things...

A comic book dream (in six-panel pages with color inking and hand lettering) about Salman Rushdie in the 22nd century, on extended geriatric life support, discussing his experiences in the 20th and 21st centuries. It looked like it was drawn by the late Moebius and read like it was written by Jeff VanderMeer on a cough syrup bender. Also notable: I'm not much of a comics fan, and I've never dreamt in six-panel pages before in my life, so far as I know.

A talking dream wherein Lisa Costello, and I were going somewhere in a car (I think I was driving) and was trying to parse out some English noun phrases. Sort of headline style. She was stuck on "Old English Near Deer", which means nothing to me now, but at the time had us scouring both print and online references. Unless I was driving a bookmobile, I'm not sure where we got the reference books from, but there you are.

A driving dream involving oddly modified versions of my beloved and long-gone 1975 Cadillac Eldorado convertible, a/k/a "Large Marge" or "The Big Car" (those were my plates, Texas BIG*CAR) and 's Miata, which had been sprayed white like one of Portland's Ghost Bikes. There was a party, an someone's pre-WWII classic got trashed, and I had to spend the night sleeping in the Miata, and there was some long complicated thing about and her current partner doing a zig-zag cross country road trip.

Anyway, I have woken up to relative digestive silence, other than the incessant fundamental bugling. We shall see what the day brings. I have abandoned my plan to see The Hobbit in 48fps today, given my ongoing digestive issues.

At any rate, today cannot possibly be as interesting as my dreams were last night.

I've always been subject to what doctors call "referred pain", which I tend to think of as a special case of somatic illusion or neural signalling error. My very mild plantar fasciitis, which is a problem in the soles of the feet, expressed itself as a painful soreness in the ankle that caused me to think at first I was developing a bone spur. The time I somehow acquired adhesions in my shoulder tendon, I felt it as a pain in my right biceps. The nerve damage to the outer curve of my third and fourth left ribs during my lung surgery in 2009 felt like damage to matching points my sternum and spine, the "shot through with an arrow" feeling I complained about for more than a year and still occasionally feel as an old ache.