Another Side Effect Of Chemotherapy: 'Chemo Brain' — I think this may be another take on a study I recently linked to reports of, but this one is very well explained. (Via Lisa Costello.)

The Best Astronomy Images of 2012 — The Bad Astronomer flogs the beauty of the universe. (Via .)

Florida Pawn Shop Owner Will Sell No More Guns Forever — “I dropped my daughter off at school this morning. That was enough for me,” James said. “Conscience wins over making money.” Now, if only the rest of gun-owning and gun-selling America would have the same epiphany of conscience.

Hobby Lobby takes human biology to court, loses — It doesn’t matter if the evangelical gazillionaire owners of Hobby Lobby “believe” that emergency contraception causes abortions. It does not do that. Nor does it matter if this belief is passionately sincere and sincerely passionate. Sincerity and passion won’t make it any less incorrect. That actually describes most of the conservative movement these days. Sincere, passionate, and wrong on the plain face of the facts regarding everything from evolution to guns to gay marriage to climate change to supply side economics. Except I doubt the sincerity of much of the conservative leadership and commentariat. The grift has become bleedingly obvious in many cases, from Sarah Palin to Rush Limbaugh.

?otD: Do some things, they come too late? 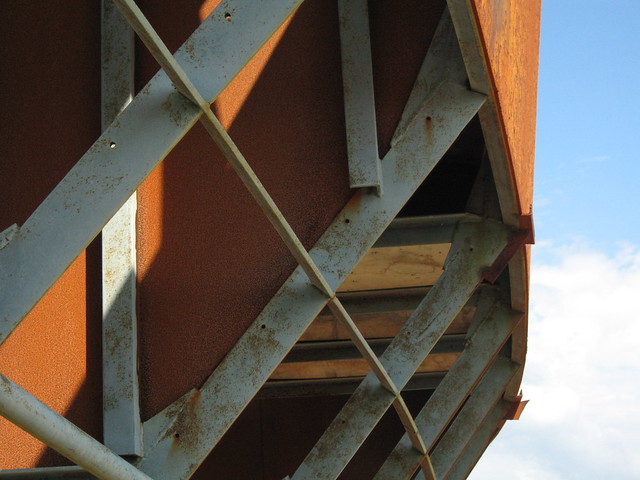 My subconscious went into overdrive last night. It's the first night in about three weeks that I slept without the aid of Lorazepam. This led to some very fitful sleep with lots of periods of wakefulness. That tends to increase my memory of my dreams. They were weird.

I had three distinctly different dreams about sex in a post-apocalyptic world, and all three involved gas stations. They also involved "soft" apocalypses, so there were still plenty of people around. Mother of the Child had a cameo in one, driving a velour love seat that had been mounted on a classic VW Beetle chassis. Various real life people also guest starred in other roles, which for reasons of good taste I shall not name. Plus gasoline. Because reasons.

There was also a fairly involved dream about the Queen of England, model trains and actual railroad trains. No sex in that one, and gasoline only by implication in that part of the dream took place in a limo as Her Majesty and I toured a multimodal freight yard where containers were handled. (That last bit courtesy of and his discussion of longshoremen's union on his blog yesterday.)

Likewise, a sad one about my family. My dad and (step)mom were young again, and my (now 39-year-old half-)brother was about three, but I was my current age of 48. Which would make me older than my dad in my dream, but that's oneiric logic for you. I had cancer, as I do now, but I also had all my hair. Not sure what was sad about it, as only the framing image remains, but it was deeply tinged.

So, yeah, last night's sleep was all about sex and gasoline and a few other things.