Wireless Power May Cut the Cord for Plug-In Devices, Including Cars — Tesla's dream, but do we really want to fry everything this way?

Dutch Catholics 'De-Baptize' Themselves Over Gay Marriage Via Website — This is what conscience and morality look like.

IPCC's climate projections on target so far — Checking in on IPCC predictions going back to 1990. Amazing, how the liberal climate change hoax has managed to coerce the actual data and facts on the ground for over two decades. Rush Limbaugh can explain this way, I'm certain.

Guns are made for killing — They really are single-purpose devices. Every other use is just practice to get better at killing. I don't need to kill, and don't want to live in a society where tens of millions of my fellow citizens believe they do need to be kill.

Judge Moore: Evolution Destroying the Constitution — Sometimes I think of right wing rhetoric as a big game of Mad Libs, with buzzwords and catchphrases just randomly thrown together. You take a list of bad things (evolution, gun control, abortion, the gays) from category one and then claim that they lead to the bad things from category two (downfall of western civilization, UN takeover of American sovereignty, destruction of Christianity, etc). This is why the rest of us think conservatives are crazy. Not necessarily as individuals, but Judge Moore is the kind of person you elect. Not to mention most of the Republican congressional delegation. Have any of you ever listened to Representative King or Senator DeMint, or do you just check off the least liberal candidate on your ballot in the smug belief you've struck a blow for patriotism and Real America?

Why the US media ignored Murdoch's brazen bid to hijack the presidency — Did the Washington Post and others underplay the story through fear of the News Corp chairman, or simply tin-eared judgment? (Thanks to AH, via , a/k/a my Mom.)

Are These Guys Really In Charge Of The Republican Party? — From a DUI to fumbled fiscal cliff talks, there's no time for soul-searching in a leaderless party. “It's a shit show,” says one Republican.

Republicans continue post-election outreach programs — Following their losses in the 2012 elections, Republican officials across America have stepped up their outreach efforts to improve their standing with black voters, voters over age 65, college students, disaster victims, voters with disabilities and women voters. These links from Slacktivist Fred Clark are both hilarious and tragic.

?otD: Things you used to do with her, do you now do alone? 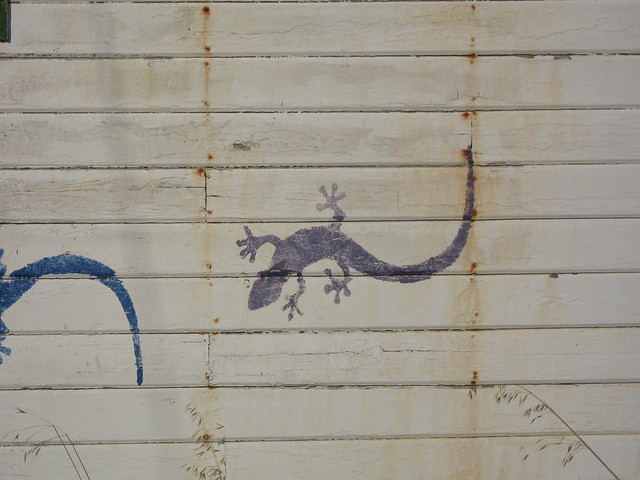 Some of my Falwell ancestors on my Grandmother Lake's side were early settlers in Panola County, Texas. My distant cousin Mary Falwell Henderson visited the old family homestead years ago and took photos. Dad recently sent me some of the photos, along with a scan of a will from 1865 which is very difficult for me to read due to the copperplate hand. Most of the photos aren't likely of general interest, but I was rather struck by this one: 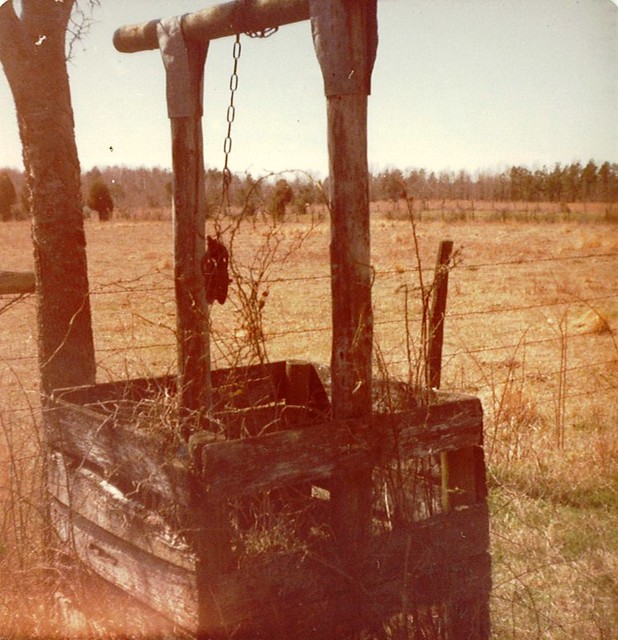 Life in the old days was a lot, lot harder.

(Yes, I am apparently related to Jerry Falwell, who was neither moral nor in a majority, but you can't help who your family is.)

Because of the Late Unpleasantness in my lower GI immediately following on a chemo weekend, I slept about two weeks straight with Lorazepam every night. These past two nights I've foregone the pill, and have slept for beans as a result. This frustrates me.

I really, really don't want to be drug-dependent to meet my sleep needs. In my baseline health, I am a champion sleeper. Turn off the light, fall asleep, wake six hours later energetic and refreshed. I am like the opposite of a sleep disorder. These last two nights it's been frequent wakefulness and uneasy dreams.

Two nights doesn't mean I got hooked on the Lorazepam. And later in the chemo cycle I'll likely be on it close to full time anyway. But this isn't how I want to live my life, out of a pillbox. At the moment, even sleep, one of my closest companions, seems out of my control.

In other news, I am having the opposite problem of the Late Unpleasantness in my lower GI, which is completely unsurprising as the relevant meds normally affect me like a concrete enema. Which they have. Which means my appetite is shrinking as my GI tract backs up deeper and deeper.