The Acts of Whimsy cancer fundraiser and the Lakeside Kickstarter for the documentary about me, , and cancer are still live. Both have made goal, but additional support is always welcome. Please check them out if you have not done so yet. Note that the next unlock goal at $44,000 is 's video, "How to Write Like My Dad". We're almost there!

“A small, desperate act of hope.” — Waterloo Productions on me and JayCon XIII.

What Is a ‘Hacktivist’? — On lexical warfare. (Via David Goldman.)

Mars could have held watery underground oases for life — Much like myself.

Suds for Drugs — Tide detergent: Works on tough stains. Can now also be traded for crack. A case study in American ingenuity, legal and otherwise. Wow. Weird shit, Maynard. (Thanks to .)

Bill Clinton to Democrats: Don’t trivialize gun culture — Former President Bill Clinton warned a group of top Democratic donors at a private Saturday meeting not to underestimate the passions that gun control stirs among many Americans. “Do not patronize the passionate supporters of your opponents by looking down your nose at them,” Clinton said. They may be passionate, but gun culture proponents are also wrong. Deadly, morally wrong. (Thanks to .)

Piercing the Myths about Women and Guns — Gosh. Conservative intellectual dishonesty on a controversial topic. Who could imagine such a thing? After all, character counts.

The Speech -- A Primer — Charlie Pierce on President Obama's inaugural address. But, for an afternoon, anyway, a Democratic president reclaimed the language of freedom from those for whom it means merely lower taxes and more guns. He reclaimed government as a manifestation of a country's aspirations, and not as an anchor on its progress. And he refuted, with precision and neatly camouflaged contempt, many of the most destructive ideas that have poisoned out politics for nearly four decades now. Ta-Nehisi Coates with more.

QotD?: Will you remember me when I am gone? 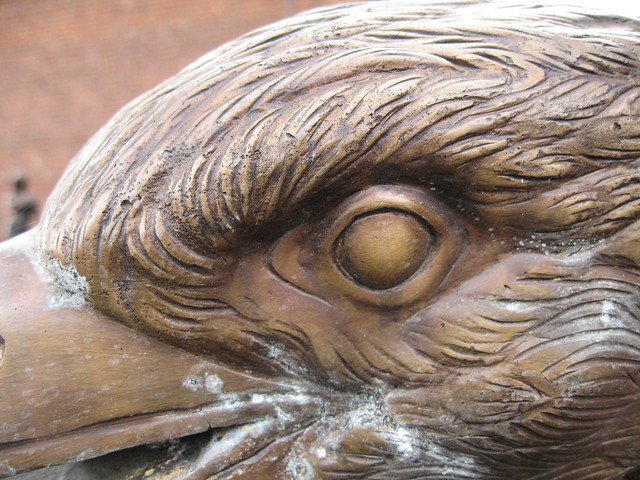 There's a place I go right before surgery, in a mental and emotional sense. I become very hard and internal. Not mean or snappish or unloving. Just... focused. I've been there since yesterday. Drawing into my body, as it were, and concentrating on what is to come.

Nonetheless, and I managed to have a couple of productive conversations last night about my illness, my prognosis and my mortality. She also spent some time with Lisa Costello and with Mother of the Child. Processing, we're all processing constantly.

Meanwhile, it is today, and I'm off to the hospital shortly. 6 am check-in time for morning surgery. I probably won't even go into prep before 7 am, then likely be in the operating room five to seven hours. Recovery sometime this afternoon, then ICU for at least 24 hours.

A few details about the surgery for new or recent readers:

It will be a few days before I am meaningfully lucid. I'll be in the hospital likely through Saturday at least, then recovering at home for a while. Lisa Costello has the keys to both the LiveJournal and WordPress instances of my blog, and she will be posting updates as her time and mental energy permit. I shouldn't expect any resumption of blogging on my part until the weekend at the earliest, and possibly not until next week.

People often ask what they can do to help me. Good thoughts and prayers (depending on your orientation) are always welcome. Here's several other possibilities:

Regular wit and erudition shall return.

This is Lisa, giving you all a quick update on Jay. He’s out of surgery and doing well. He’s currently in recovery.

There were, however, more tumors than expected. They’ve all been dealt with, either by excision or radio frequency ablation.