Featured Author Interview with Jay Lake — In which I am interviewed at LitStack.

The Acts of Whimsy cancer fundraiser and the Lakeside Kickstarter for the documentary about me, , and cancer are still live. Both have made goal, but additional support is always welcome. Please check them out if you have not done so yet.

The alternate history of my cancer — Hahahah. Speaking of whimsy.

Time to Refill Your Prescription For Zxygjfb — An amusing squib on the naming of drugs, especially cancer drugs. The comments are worth a browse as well. (Via David Goldman.)

The World SF Travel Fund — In 2011, a combination of genre professionals and fans from the international scene and the United States gathered together to create the World SF Travel Fund. The fund was set up to enable one or two international persons involved in science fiction, fantasy or horror to travel to a major genre event. This strikes me as a worthy cause. Have a look.

Index of maps — Links to maps of fantasy worlds. You weren't doing anything else for the next week or so, were you? (Via Andrew Wheeler.)

50 Collective Nouns to Bolster Your Vocabulary — "Terms of venery"? Really? That phrase ought to mean something else. (Snurched from Daily Idioms, Annotated.)

It Takes Planning, Caution to Avoid Being 'It' — Group of Men Have Played Game of Tag for 23 Years; Hiding in Bushes, Cars. (Via Slacktivist</em> Fred Clark.)

At 43, Navy vet becomes freshman forward — I am normally indifferent to sports stories, but this is cool as heck. (Via Slacktivist</em> Fred Clark.)

Bridge of Sighs: 1903 — A striking Shorpy image of Pittsburgh.

Requiem for a Dreamliner? — (Snurched from Scrivener's Error.)

Simulation reveals evolutionary origins of modularity — In case you were wondering.

More Evidence That Mars Once Had Flowing Water

Are you a humanist? — Some fairly silly assumptions embedded in these questions, but I still like it. I scored 96%. (Via @pzmyers.)

The Marketing Tactics of Firearm Manufacturers — (Via .)

Bus driver shot dead; child held hostage in bunker — Another of Sarah Palin's "Real Americans" exercising his Second Amendment rights to theoretical defense of essential liberties. Aren't we all made safer by guns?

Are Conservatives Happier than Liberals? — Interesting piece about transitions.

Immigration and the Future of America — Not looking good for those angry white men.

QotD?: Was it the monkey or the plywood violin? 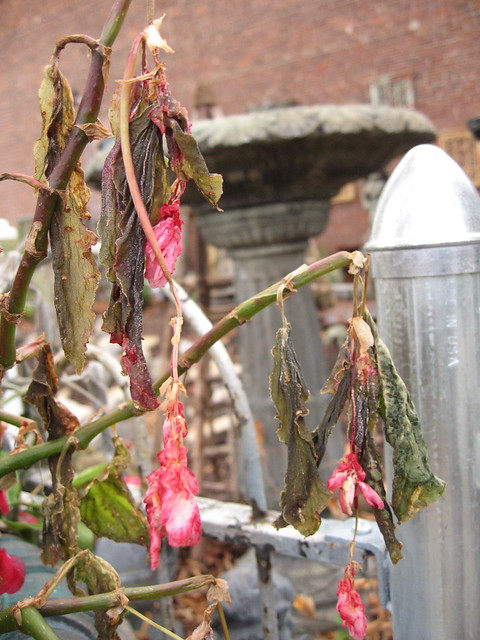 I received two packages yesterday. One was from Howard and Sandra Tayler, and contained a spiffy Tagon's Toughs hat… 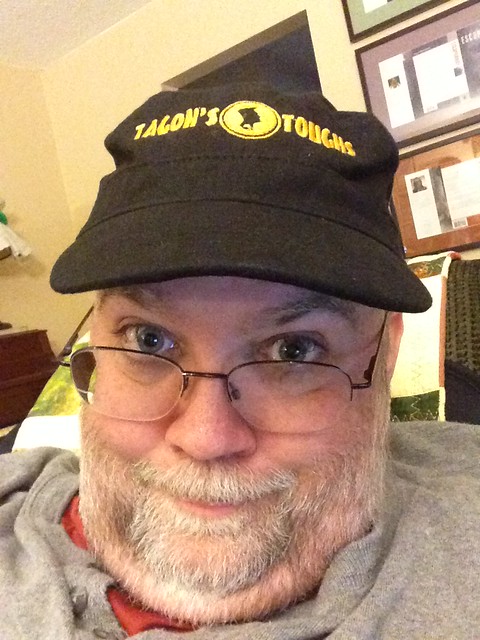 …as well as the original art Howard did for the Acts of Whimsy fundraiser in support of procuring genomic sequencing of my tumor. The video of him creating the art can be seen here. 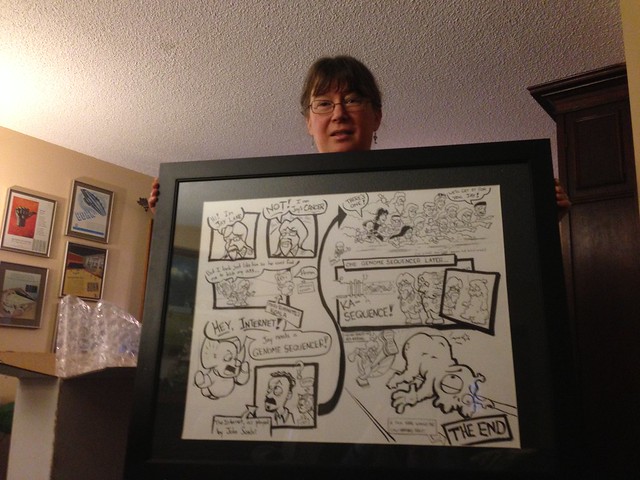 And they were so kind to have it nicely framed for me! I love this art, but I think if I ever get out of this mess, I'll auction it off to benefit the charity of Howard and Sandra's choice.

Meanwhile, for reference, here's my spoof of Howard's artwork, which I did for my own Acts of Whimsy video. 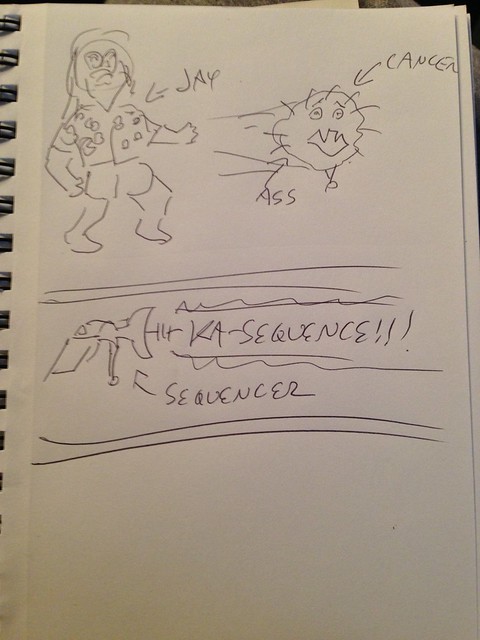 You can clearly see why Howard is a prominent cartoonist and artist, while I am not.

Meanwhile, the folks at work sent me a very nice hoodie and hat with a "Cancer Sucks" theme. How terribly apropos. It's merch from the Choose Hope site. 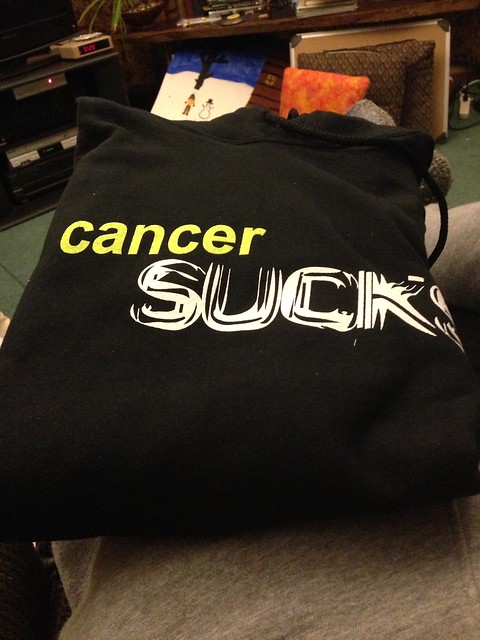 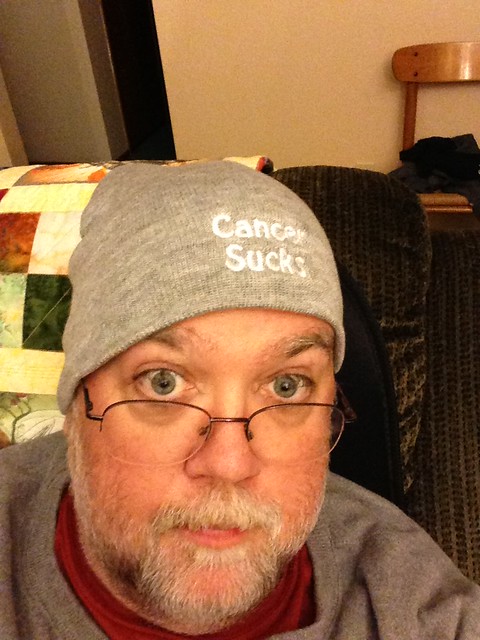 Artwork © 2013 Howard Tayler and the Tayler Corporation, all rights reserved. Reproduced with permission.

Health permitting, I'll be reading from Kalimpura [ Powell's | BN ] on Friday, March 8th, at the Powell's Cedar Hills location. This will be my one and only formal public event for the book due to my continued battle with cancer.

As is usual, I'll have an open dinner from 5 pm to 6:30 pm, at McMenamins Cedar Hills, at the north end of the same retail complex Powell's is in. If you're planning to come to the dinner, please do let me know in comments or via email so I can include you in the headcount.

Due to chemotherapy, I've cancelled all my other convention and workshop appearances through this summer (at least), so if you want to see me on the hoof and Hawaiian clad, this is your only chance. Hope to see you there.