A very nice poster made from some of my recent words on cancer — Thank you, Nicole.

F.E.A.R. — Another cancer survivor talks about fear and loss and coping.

The Girl on the Glider and Other Stories — A roundup of reviews from a reader, including a very kind mention of my short story, "The Cancer Catechism".

The Best Shots Fired in the Oxford Comma Wars — (Via .)

In science today, a genius never works alone — Future discoveries are more likely to be made by scientists sharing ideas than a lone genius

Cat gap — The cat gap is a period in the fossil record of approximately 25 to 18.5 million years ago in which there are few fossils of cats or cat-like species found in North America. No cat gap on the Internet! (Via Daily Idioms, Annotated.)

East African Railways and Harbours — For all you infrastructure geeks. (Via .)

The Museum of Online Museums — Hah! (Also via .)

You Moist Remember This — Tom Robbins on rain. (Via Marta Murvosh.)

Richard III: unveiling day arrives for skeleton that would be king — Leicester University prepares to show carpark remains to the world as scientists work round the clock to finish ID tests.

The Last Places — Henry VIII's wine cellar, under Britain's Ministry of Defense building. This is cool. (Snurched from Cameo Wood.)

No Pictures. Only Words. — Peter Watts on his father's life and death as a deeply closeted gay man. Sobering reading. (Via Tim Keating.)

Do White evangelicals have a delusional persecution complex? — In a word: yes. It feeds the Christianist narrative quite nicely. Unfortunately for my Evangelical friends, having your absolute cultural supremacy replaced by merely overwhelming dominance isn't persecution; it's progress for the rest of us. In other words, a smidgen of fairness. Do unto others, and whatnot, not that the Golden Rule holds much water for American Christianists.

NRA likens universal checks to gun registry — That would be the same NRA that used to support background checks, before they decided the tree of liberty must be watered with the blood of children.

Obama gun photo triggers mocking comments — Of course it did. Conservatives hate him no matter what he does. At least those of us who deposed Bush had ample reason to do so, rather than paranoia and self-valorizing fantasies. Unless, of course, you think ruining the economy, crashing the Dow-Jones, reversing the budget surplus, and launching a trillion-dollar war of choice under knowingly false pretenses were good for the country.

QotD?: Is it pure quackery? 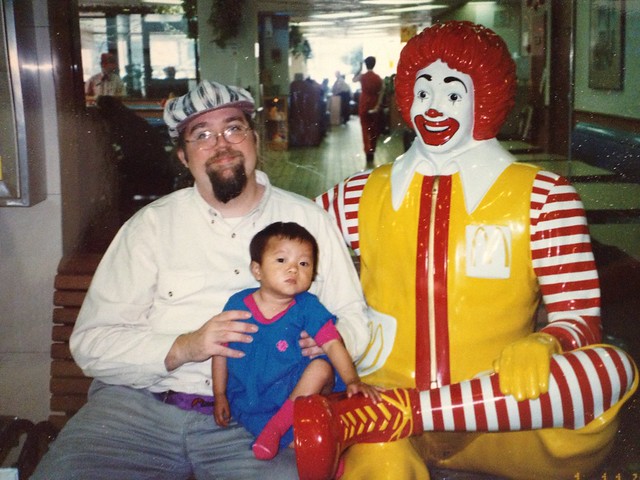 Yesterday the tribe went to Seres in NW Portland for a very nice Chinese dinner, built around Peking duck, as well as to celebrate Mother of the Child's birthday. 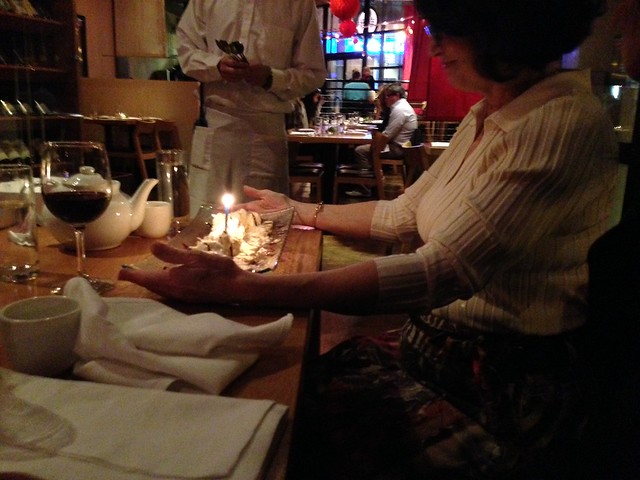 The meal was quite good. The duck itself was some of the best Peking duck I've had in a restaurant in the US, though (a/k/a my Mom) makes better. We'd originally planned to eat her duck, but switched to Seres because she wasn't feeling well this past week, and didn't want to do food prep for a dozen people and possibly gift us all with her ick. She did make it to dinner, though.

Yeah, we ate a lot. And it was good. Highly recommended, and a very nice outing for post-operative me. Mmmm.