A final update from Waterloo Productions on their Kickstarter — Including a video segment I find very hard to watch.

Quiet deaths don't come easy — A study finds that Medicare patients near death are increasingly choosing hospice or palliative care over heroic measures in their last days — but that many go through futile hospitalizations and treatments first. I want my death to be quiet, when the timm comes.

Over the Hedge on conflict in fiction — Heh.

Down and Give Me Twenty-Five Pages — Scrivener's Error with a legal analysis of MCA Hogarth's trademark woes with the idiots at Games Workshop.

The Forgotten Zeppelin Knot — Cool, and a bit odd. (Via Daily Idioms, Annotated.)

A Letter of Thanks - by volunteer Chris Trone — Science education in Portland gets funky, maybe gets fixed. More here, along with a fundraising link to support this process.

Antarctic research base can ski across ice

Can You Smell Yourself? — And thus we come closer to my long observed phenomenon of "pheromone lock". (Via David Goldman.)

A Gift to TSA Headquarters — The TSA policy and statement generator. Hahaha. (Via Scott Frey.)

Former Westboro Baptist member: We prayed for people to die — As I understand it, they are pretty much a lawsuit factory using the guise of religious freedom to provoke incidents. (Via .)

Catholic Church enslaved 30,000 Irish women as forced unpaid labor in Magdalene Laundries until 1996 — This is the kind of thing that happens when you govern from religious principles. I will take secularism every time.

Angry Dallas Neighbor Allegedly Kills 2 Over Dog Poop — Thank God for the Republican party and the NRA standing up the shooter's right to a theoretical defense of his essential liberties, because otherwise the two victims would still be alive, and how safe would we be without guns?

Members won’t talk about Scout ban — Republican lawmakers are reluctant to weigh in on the Boy Scouts of America’s decision on whether to open its ranks to gays, which was delayed on Wednesday until May. It's awfully hard to do the right thing when your party and personal political fortunes rest solidly on institutionalized bigotry and hate-fueled anger in your voting base.

Republicans Mask Their Conservative Agenda — In the months since President Obama’s re-election, Republican operatives have become practitioners of a new kind of alchemy, attempting to convince voters that the right’s long-standing agenda is actually an array of policies that coincidentally meets the needs of the middle class. It's what we saw from conservatives in the last election cycle: if you can't win on your ideas, lie.

The Drone Memo: More Comedy About the Death of Freedom — Lowering the Bar goes to town on the recent release of the Obama administration's drone memo.

QotD?: Do you tell good stories? 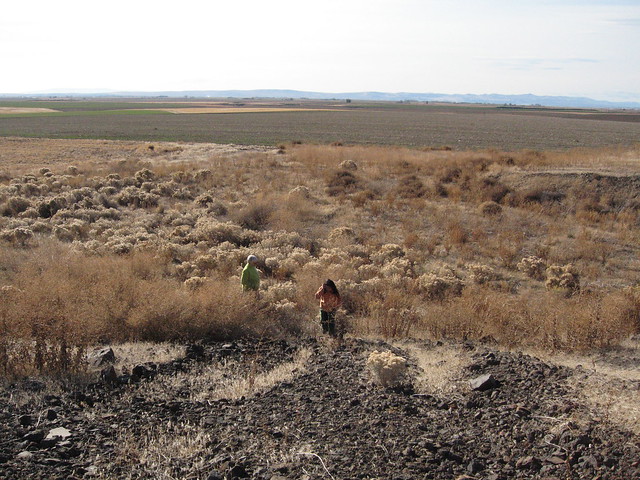 Dad and I saw my surgical oncologist yesterday. Short version: no surprises or important news. Which was as expected.

My surgical oncologist and their colleague who'd also been part of my surgery described my omental and thoracic diaphragm tumors as physically discrete, locally advanced metastatic disease. This fits with my medical oncologist's comment that the metastases were probably not systemic, but rather local migration of cancer cells from the liver to adjacent tissue. In other words, things are not as dreadful as they could be. The two surgeons concurred with my medical oncologist's overall assessment that I was likely to continue to see recurrences. They did comment that the diaphragm resecting was a shallow slice out of the tissue and I shouldn't notice any difference in breathing, etc.

We talked about future surgeries. My surgical oncologist was of the opinion I was not likely to have surgery again, as the presentation of my cancer had shifted to small, scattered tumors which aren't normally amenable to surgical intervention. A comment in the surgical report about my liver being "friable" was simply an observation about my tissue quality, not a statement against future surgery. Rather, this will depend on the presentation of future rounds of metastases. They also indicated there might be future, non-surgical treatment options in parallel to systemic chemotherapy, such as TheraSpheres, but again, this would depend on the presentation.

My surgical oncologist was very supportive of me going to a major cancer center elsewhere for a second opinion. To that event, they were willing to give me a release for treatment yesterday, two weeks ahead of the usual schedule, based on the exceptional progress I've made in healing my surgical wound. Apparently, my superpower is surgical recovery.

I wish my superpower was fighting off cancer.

We also spent some time talking about the genomic testing. They did feel it was worth contacting the oncology team I'd seen at Johns Hopkins last summer to see if they were interested. (In point of fact, the Johns Hopkins team has since responded that they don't believe the university has the resources to do the analysis.) My surgical oncologist supported our plan of talking to a pathologist at my home hospital who specializes in oncological genetics, both about possible analysis options, and about the other major cancer center's request for tissue from my original tumor and earlier metastases. We also discussed the letter that needs to go out over their signature requesting the shipment of genomic data from the sequencing vendor to various destinations. Dad and I will be preparing that letter and sending it in shortly for my surgical oncologist's review and signature.

Meanwhile, Dad will be going back to the other major cancer center with my release letter to try to secure an appointment later this month. We'll travel for that, Dad, Lisa Costello and I. I won't see my surgical oncologist again unless something new crops up in future rounds of CT scans which would be relevant to them.

Things I want to do before I die, time, health and funds permitting:

With the exception of writing one or both books, none of these are likely to happen for a bunch of very good reasons, money and time especially, but they're what's on my mind. Funny how they're almost all travel-oriented.