SMBC on the perils of editing — Hahaha.

I Am Not a Camel … but I Do Have Epilepsy — On disease, treatment and medical stigmatization. (Via David Goldman.)

Pad Thai — The odd history of a favorite dish. (Via Daily Idioms, Annotated.)

Sea slug's 'disposable penis' surprises — Yeah, I've been on dates like that.

Carbon Sponge Could Soak Up Coal Emissions — Emissions from coal power stations could be drastically reduced by a new, energy-efficient material that adsorbs large amounts of carbon dioxide, then releases it when exposed to sunlight.

NASA: Rapid Loss of Freshwater from Middle East Region — Oi. Not good news for anyone.

Papal cuts: why is he really resigning? — Something I suspect that is very close to the sad, hard truth.

AP bans use of words “husband,” “wife” for legally-wed gay couples — Ah, the bigotry continues, to the delight of conservatives across the land.

The New York Times is Stupid on Plagiarism — Cora Buhlert on the American view of German politics and politicians. This brings us to the fact that a whole lot of German politicians, including most of the current cabinet, have advanced degrees and doctorates. For some reason, this seems to boggle American minds, which in turn boggles mine, because don’t Americans want politicians who are smart and educated? That said, looking at some of the American politicians who cropped up during the recent election season – you know, the sort who consider the Soviet Union a valid threat for the 21st century or displayed profound ignorance about human biology and reproduction – I guess the answer is “no”. That institutionalized political anti-intellectualism would be a conservative tic, Cora, and every bit as stupidly destructive as you imply.

Missouri bill redefines science, gives equal time to Intelligent Design — Bill has a long list of brain-melting stipulations. If nothing else, I could never be an American conservative because it requires endorsing this kind of deep intellectual dishonesty. Even those Republicans who personally know better enable this idiocy with their votes, their campaign contributions and their political support.

Ted Nugent Is Not Amused — Republicans hear very little they like in the president’s State of the Union address. Hey, Nuge, I thought you said you'd be dead or in jail if Obama was re-elected. So, pick one and get on with it.

The Art of Infinite War — Ta-Nehisi Coates on the American obsession with "security". 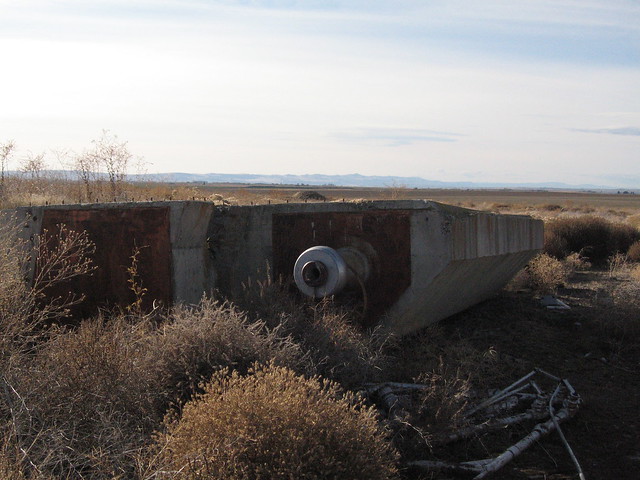 After a tentative start last week, last night and I began efforts in earnest to write a collaborative story. It's an idea she had a while back, and a darned good one. At the time I told her I wished I'd thought of it, because I could easily get a novel out of the concept.

We're working together literally line-by-line. That's not my usual modus operandi on collaborative work, but it allows us to sit side by side and discuss story, writing process and line level language. So it's a good bonding experience for the both of us, and hopefully a good fiction writing tutorial for her. So far we've discussed the structure and pacing of plot reveals, the technical merits of first person versus third person, and a number of finicky language issues. Plus the composition of pennies.

Interestingly, writing is such a solitary act (even most forms of collaboration are serial solitary acts combined, like having sex by postcard), yet this is a profoundly mutual experience. I hope we can shepherd this piece to completion and find a publication home for it. Whether or not we succeed, this is a lot of fun for both us. I love my kid, and I love writing. What's not to like?

I was going to post a concluding summary about the Acts of Whimsy fundraiser this morning, but I see the effort is still open in its final hours. We're pushing for a final $50,000 stretch goal, and we're pretty close.

The original goal was $20,000, but I've already exceeded that amount in funds spent or committed to medical needs. The overage is very much to the point, and going to good use. Trying to keep me alive a few more years seems pretty worthy to me, but of course I'd think that. Also, SCIENCE!

Among other things, I appear to be one of the first patients to ever commission the genomic testing and analysis on a private basis. Possibly literally the first. Up until no, it's been an experimental process. And it's still expensive. Tests that will be less than a thousand dollars in a couple of years are still five or ten thousand or more. We paid $13,000 for the primary genomic sequencing. We'll pay about another $7,000 for the RNA sequencing that the analysis group recommended. Plus there's exome sequencing, though I think we'll get that data from the original run.

But in me doing this, and in all of you funding this, we're making it easier and more useful for the next patients who need it. I'm already a statistical outlier in a number of ways, from some of my unusual drug side effect responses, to my notable longevity with my type of cancer — the vast majority of my cancer cohort are either cured or dead at this point, while I've expressed between three and five generations of metastasis, depending on how you count them.

Whether or not we ever find s cure, this fundraiser and the efforts it is paying for are helping others survive. We are blazing a path and even teaching doctors as we go.

So for that, I think we should all be thankfully proud.