Richard & Shela West Housing Fund — A cancer survivor with much larger issue than I have. I've donated.

Joker's next move will shock Bat-fans — I can only remind you of this.

Sheep Marks and Identification — Department of things you never knew you never knew. Including smit marks and lug marks. You're welcome. (Via Daily Idioms, Annotated.)

‘Young’ black hole is nearby, NASA says; doorway to a new universe?

100 Abandoned Houses — Detroit real estate. Wow… Also, this: 30+ of the most beautiful abandoned places and modern ruins I’ve ever seen. (Thanks to Lisa Costello.)

The USPS Media #FAIL — This is an important story that almost no one seems to understand. (Via David Goldman.)

To the Pope-o-Mat! — Scenes From a Multiverse on the pope's resignation.

Majority of Republicans want to impeach Obama because they hate America — For some reason, when people go and get an education, they start to disagree with a lot of Republican positions (this is related to the GOP’s judge, journalist and scientist problem). So, rather than conclude that maybe people with educations don’t like Republicans because, you know, they’re now better informed about the world – Republicans have concluded that college “brainwashes” kids to become liberals, and thus education is bad.

QotD?: Does Beelzebub have a devil set aside for thee? 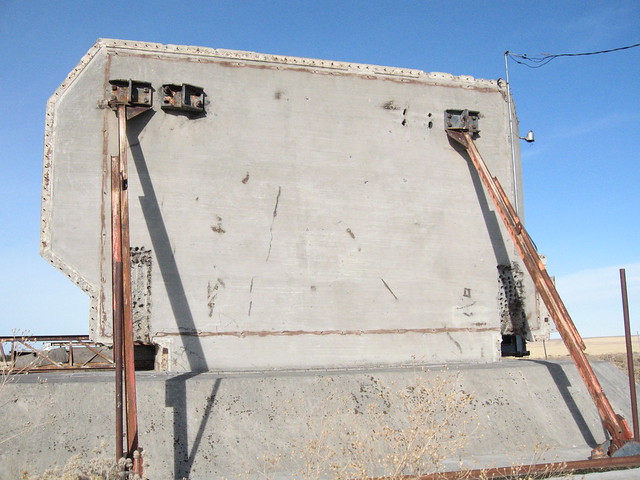 My friends in the Omaha Beach Party sent me some Family Guy boxer shorts. Which put on and started dancing around the house singing, "I'm too sexy for my shorts" while doing it Gangnam style. 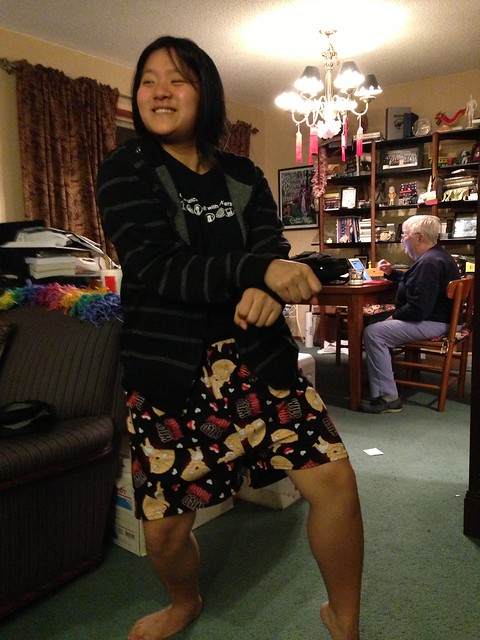 Meanwhile, yesterday out on the street, I took a photo of a classic Hudson in pretty deep rat shape. Still a gorgeous car. 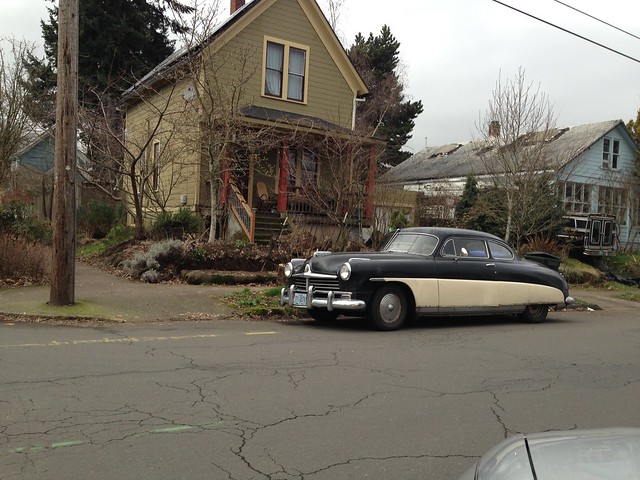 Also yesterday, the last of my Steri-Strips fell off. My surgical wound is healed and closed and clean. This means I can go back to Common Ground for a soak with my friends. W00t! Plus I look like a baseball with the seams plucked… 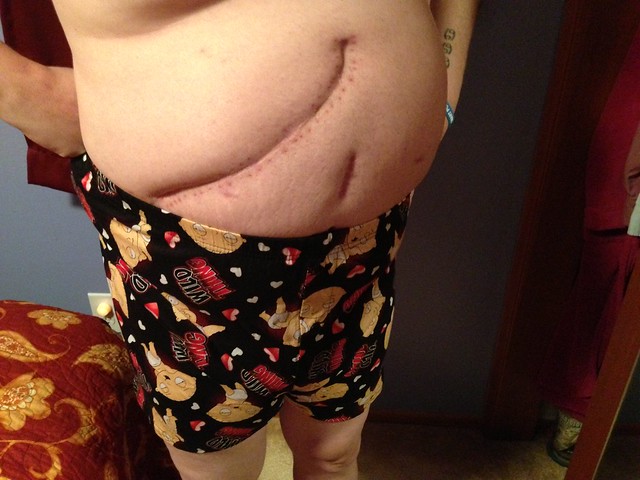 I hope all this gives you a Valentine's Day warm fuzzy.

That's all I can say.

Yesterday, the Acts of Whimsy fundraiser closed. $48,665 was raised from 1,331 supporters. Donations ranged from $1 to $500. (More on this below.) The unlock levels were multitudinous and hilarious, and too many to list here, but my thanks to everyone who threw themselves into this, both formally up front and informally along the way. My most special thanks to Mary Robinette Kowal and Catherine Shaffer for organizing and managing this thing. They are amazing human beings and dear friends.

As you probably are aware, the point of this fundraiser was to meet my expenses for genomic testing of my tumor tissue. I've had colon cancer for almost five years, and been through four (or five, depending on how you count them) generations of metastasis since then. These are increasingly frequent and increasingly aggressive events for me. In the time since the fundraiser was launched, I've been diagnosed as incurable — not terminal yet, but that's the next step. Genomic testing gives us opportunities for both life extension and the slim but not vanished possibility of a cure.

What the genomic testing and subsequent clinical analysis do, specifically, is identify genes or gene sequences that are overly active, and may be associated with tumor formation and tumor growth. An example of this is the PTGS2 gene responsible for COX-2. The clinical analysis then involves a second step of identifying pharmaceuticals that engage those suspect genes as therapeutic targets, much as with COX-2 inhibitors. That can suggest lines of treatment to my oncologist that may lie outside the normal clinical guidelines for my type of cancer. As I've essentially outlived those guidelines already — most people in my cancer cohort are either cured or dead after five year — this is important. My cancer is obvious refractory to chemotherapy (meaning it laughs at the drugs and carries on), and based on the genetic information we extract, may not even be colon cancer at all, but something else masquerading as colon cancer. So we'll reach into both the oncological pharmacopeia as well as the wider world of pharmaceuticals looking for potential life extenders and life savers.

It's a new technology, built on some pretty new science, so my going through the process is also part of the validation of this testing as a clinical best practice. In other words, your funds, spent through me, are benefiting SCIENCE!, as well as future cancer patients. My life might be spared, or at least eased before my passing, but this will also help millions of others.

I commented on this yesterday, but just to give an update on how the money is being spent:


One final note I wanted to make was about the donations. I am grateful to everyone who gave, at any level (or in some cases, frequency). But in a sense, I'm most impressed by what the political types call the "small dollar donors". Anyone who clicked to send me $1 or $3 or $5 is someone who probably needed those dollars more than I do. For hundreds of people to engage at that tells me something about how much love and generosity there is in our genre community.

Thank you all. From the bottom of my heart.

If you missed the fundraiser, but still want to chip in, there is a Tip Jar link on the top left corner of my home page.
Collapse