Kalimpura — Paul di Filippo reviews my Green trilogy at barnesandnoblereview.com, with a focus on the latest book, Kalimpura. In creating Green and her universe, Lake has not only provided a vivid protagonist and a grittily glamorous world, conducive to high heroics, but also updated the kind of Red Sonja (Robert E. Howard's heroine) and Jirel of Joiry (C. L. Moore's swordwoman) archetype for postmodern, egalitarian sensibilities. He's never obtrusive in this program, but always effective. This trilogy stands as a landmark in heroic fantasy that fuses pulp brio with sharp philosophical underpinnings. I think he liked it.

No breasts for our guests — Censored wallpaper? Really?

Alcohol said to have big role in cancer — Not mine, since alcohol never played a big role in my life.

Cuomo Bucks Tide With Bill to Ease Limits on Abortion — As we all know, conservatives don't want the government to come between them and their doctor, so I'm certain Republicans across America will do the intellectually consistent thing in supporting this bill.

Can the Republicans Be Saved From Obsolescence? — A fascinating article that points to some blindingly obvious conclusions about pervasive conservative hypocrisy and the Republicans' much beloved tactics of social repression.

Preemptive Pessimism Isn’t A Plan — Still, today, after all the debunking, the repeated certification by the State of Hawaii, two successful presidential campaigns and all the background checking that implies, more intense scrutiny than any other single president in American history – after all of that, a significant fraction of conservatives in this country still refuse to openly admit that Barack Obama is a fellow citizen, that his skinny black ass is just as American as they are. They’ll readily believe every silly poorly reasoned, logically inconsistent, idiotic, ridiculous, asinine, soundly debunked conspiracy theory that comes along from every coked-out, crazy-haired, wild-eyed fruitcake with an Internet connection, but they won’t believe Barack Obama is an American citizen, a Christian, and Capitalist. And there’s nothing you can do to convince them otherwise. Nothing. Welcome to the conservative mind. Which Jim Wright analyzes in detail, contrasting their own words and stated policy positions with objective reality. (Via Steve Buchheit.)

QotD?: Did you dream the dream of sleep? 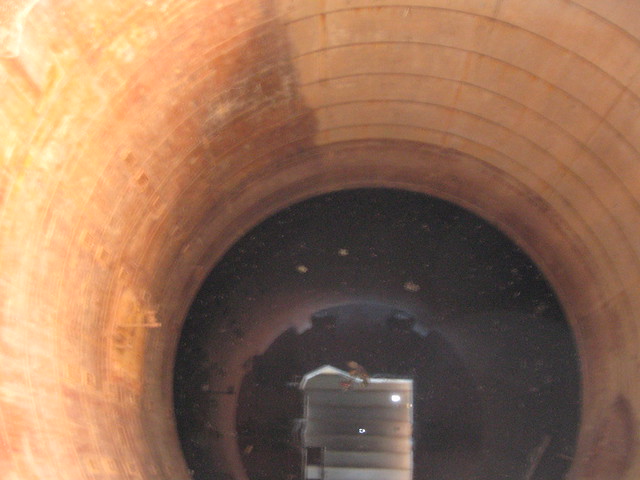 Yesterday afternoon, and I went with a friend to see Hansel & Gretel: Witch Hunters [ imdb ]. This was mostly at the blog recommendation of the magnificent Howard Tayler. We were highly entertained by a movie so very bad that it transcended its own misbegotten tropes and acquired a weird magnificence. If Walt Disney and and Russ Meyer had been conjoined twins, and Quentin Tarantino their go-to director, this is the kind of fairy tale fare we would have seen from Big Mouse.

I'm not going to talk about Hansel & Gretel's contributions to the American cinematic oeuvre. The plot was linear but not quite running on rails, the cinematography was Matrix: Faux Medieval minus the Wachowski's incredible sense of design, the acting was competent (which was probably better than the script deserved), and Jeremy Renner was Jeremy Renner. But it was fun, in a sort of bloody-handed way.

It's perfectly possible to complain about the movie's gender politics and apparent position on female empowerment. There's more than a whiff of racial issues with respect to the troll character, though there's also a surprising redemption. The politics of the movie's rendition of Medieval Augsburg are sort of High Noon crossed with low cunning. And historicity got tossed in the same rubbish bin as continuity when they made this leather-clad, red-stained monster of a film.

On the plus side, the opening credits were worth the price of admission. The music was quite good. The running gags, including Renner's riffs on John McClane in stylish ahistorical drag, were funny to the point of inspired. The witch costuming and makeup, especially in the final scenes, were straight out of Hieronymus Bosch.

Did I mention it was fun? Sort of the way Abraham Lincoln, Vampire Hunter was fun, but without that movie's nuanced treatment of historical issues and complex characters. Don't go unless you're prepared for blood on the walls and gingerbread house induced diabetes (really), but, man... We liked it.

Howard, I think you owe me one. Or maybe the other way around.

Yesterday, I finished the first draft of my spec novella, "Hook Agonistes", at 18,100 words. This is the second story I've written since Fred woke up post-chemo around the middle of last month.

My reaction was pretty funny. I spent much of the morning in a mild but noticeable euphoric mania. I'm pretty sure I was rather a trial to Lisa Costello's legendary tolerance. Envision if you will me in a state of bouncy, happy, babbling squee. Because I'd finished something important to me.

At this point, I have no idea if the novella is any good. I never do right after I'm done. Muddle in the middle was particularly strong in this one. I went through the usual emotional stages while writing this, sort of Kubler-Ross for authors:

But I'm done. And that's important, regardless of whether or how the novella pays off commercially and critically. I climbed the same hill I climb with every piece, even after drafting twenty novels and at least six hundred short stories. I learned the same lessons I have to re-learn every time. And it felt good. Because doing these things has gotten harder as I've grown progressively more ill with cancer. At a time in my professional life where I should finally be glimpsing some mastery of my craft, every word written is both a battle and a victory.

Did I mention that I had finished a story?