Getting rid of adverbs and other adjuncts — I have never understood the writerly obsession with killing adverbs.

What was the odd original name of February? — (Via Daily Idioms, Annotated.)

Who pooped? — Surprisingly educational Web site about one of my most important subjects. (Thanks, I think, to .)

Bitter Pill: Why Medical Bills Are Killing Us — Yep. Imagine what this would be like in a single payer system without for-profit margins? (Via .)

Molecule Helps Nanoparticles Sneak Past the Immune System — Researchers have given nanoparticles the ability to tell immune cells not to eat them, a development that could have broad implications for medicine.

The Extraordinary Science of Addictive Junk Food — Ouch. And I say this as an unreconstructed junk food junkie.

Zombie Replicants to Outperform the Living — “Zombie” mammalian cells that may function better after they die have been created by researchers at Sandia National Laboratories and the University of New Mexico (UNM). Umm… This piece isn't datelined April 1st.

Life Advice From Machines — This is sweet and cute. (Thanks to .)

The Unparticle May Lurk in Earth's Mantle —

The Intellectual Gravity of Brilliant Baseball Players — Ah, scientific illiteracy in all its glorious forms. (Thanks to .)

Opera Muliebria — On being a woman in a gendered world. Sobering and important.

Movement Conservatives Are Far Too Eager to Cheer On Their Politicians — Movement conservatives are too eager to cheer on politicians from their own side and don’t do nearly enough to hold them accountable. The praise that is being heaped on Cruz in recent weeks is one of the more annoying examples of this. 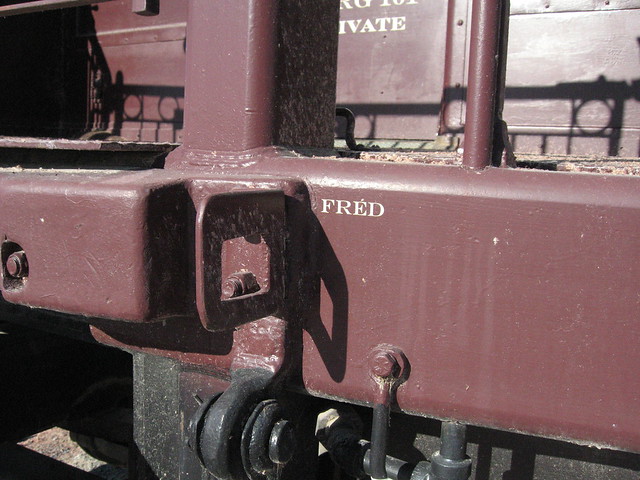 A couple of folks asked about details on the short fiction which has been published from the continuity of Original Destiny, Manifest Sin, the Old West fantasy/alternate history novel I plan to resume writing in mid-April. Here's what has been published:

More to come, sooner or later.

Over the past couple of weeks, Lisa Costello and I have watched the first two Bourne movies together. They are particular favorites of hers, and I like action movies and thrillers just fine. I was pretty sure I'd previously seen The Bourne Identity [ imdb ], and couldn't recollect if I'd seen The Bourne Supremacy [ imdb ]. Watching the first movie, I vaguely recalled one scene. Watching the second movie, all I could remember seeing before were the final two scenes of the movie.

Yesterday I was going through my writing spreadsheet checking for the publication markets of the few Original Destiny, Manifest Sin shorts which have published. I kept running into story titles I didn't recognize. In a few cases, even on opening the file, I didn't recognize the story text, either.

This applies in other areas of my life. I believe I mentioned recently here on the blog that I couldn't recall my (step)mother ever breaking her wrist, even though she had commented at a family party last month about how I had helped her out while she was recovering. I've run into people — notably Brent Weeks at ConFusion last year (2012), whom I simply can't remember meeting before, even if we have had substantial interactions.

I used to think this was a chemo side effect, that I could get back my old snap, but that doesn't seem to be the case.

In fact, I have two issues. One is long-term memory, as discussed above. I don't think those memories are so much gone as the filing system in my head that lets me find them is well and truly borked. Because things do float back to the surface after a while. The other is short-term memory. I can forget what I'm doing in the five seconds it takes me to step across the room. Some tasks have to occur to me a dozen times before I can hold onto the thought long enough to right it down for later action.

This isn't amnesia or dementia. I function just fine on a day-to-day level. And tasks I repeat frequently, such as most of my Day Jobbe duties, or parenting behaviors, or dealing with writing and publishing issues, seem to be okay in my head. This would be continuous reinforcement, I guess. But the one-off stuff, and the old stuff, is irregular.

Which is deeply, deeply frightening to me. Because I don't know what else I'm missing. I'm sufficiently bright and verbal that most people around me don't notice the deficits. But I do, except generally after the fact.

I realize that what I'm complaining about is a natural part of the aging process. But at 48 years old, I shouldn't be losing this much of my cognitive function. The deficits have been substantially accelerated by my years of chemotherapy. And this isn't even getting into the issues of self-awareness and situational awareness and other forms of cognitive function which have become noticeably compromised for me.

Presumably, having holes in my head is one of the prices I pay for still being alive at all. Perhaps I shouldn't complain about the bargain. But I am not who I used to be. Which makes me feel like I'm dying by degrees.

I hate this with the burning passion of a thousand suns. Fuck cancer.