"The Stars Do Not Lie" — My Nebula-nominated novella is now online at the Asimov's Web site.

Fantasy Fans: Where’s Your Outrage? — N.K. Jemisin on the Oscars and Quvenzhané Wallis.

For Sale: Famed Nobel Medal for Discovery of DNA Structure —

The Town that spent 25 Years Underwater — (Snurched from .)

Wow — Evidence exists that a large natural nuclear reactor formed and operated on Mars in the northern Mare Acidalium region of Mars. However, unlike its terrestrial analogs this natural nuclear reactor was apparently much larger, bred 233U off of thorium, and apparently underwent explosive disassembly, ejecting large amounts of radioactive material over Mars' surface.

Earthquakes’ booms big enough to be detected from orbit — Satellites listened to the 2011 Japan quake and located fault beneath Spokane.

Why Won't Yahoo! Let Employees Work From Home? — “What’s really troubling about this is that a technology company can’t figure out how to collaborate remotely,” says Kate Lister, president of the Telework Research Center.

Small rise in global temperatures could thaw permafrost — Stalagmites and stalactites reveal a 500,000-year history of Siberian permafrost Amazing, how liberals have managed to get half a million years of geology to support their climate change hoax.

“The Myth of Persecution”: Early Christians weren’t persecuted — (Thanks to Bellatrix.)

A Short Political Comment, In Re the US 2nd Amendment — Yes. This, too.

I won't be Rushed — A conservative defends her criticisms of Rush Limbaugh. For one, part of the point I was trying to make was that the impulse to defend anything and everything that a party heavyweight says — to the death — has the deleterious effect of making conservatives seem irrational and herd-like.

If spending is cut, GOP will get the blame — Well, duh. The Republicans are the ones who keep gaming the budget and spending process, all while never producing an actual, detailed alternative budget. The amazing thing is that Your Liberal Media has for once done enough reporting for the accountability to be clear to the public.

Deluded Republican Reformers — Conservative pundits’ ideas about fixing the GOP are totally meaningless, says Michael Tomasky, until they deal with the problem of their party’s rage-driven fanaticism. (Via .) 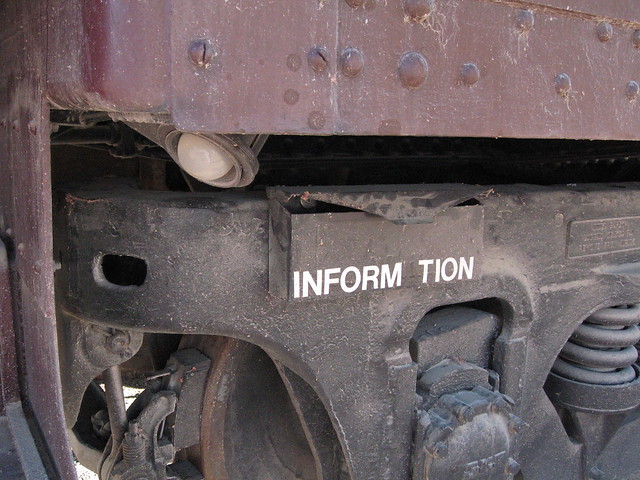 Due to the unexpected moderation in my chemo series this spring, I am once more able to travel and attend public functions. As a result, here is my forthcoming schedule of events, conventions and public appearances. As always, these dates are contingent on my ongoing health status. I hope to remain healthy through the summer, but except for Worldcon, I'm not planning anything past June at this point. Also note there will probably be an Open Dinner in Houston, TX in the next week or so.

On Sunday, I said the following here on my blog:

A number of people have suggested that I should try to reframe my experiences for a political audience, both in terms of attempting to place op-eds in one or more major national newspapers, and in terms of writing to senators and congressional representatives. While healthcare isn't really my core political hot button, it's certainly the life I'm living now. And the absurdities of the system are profound in their manifest illogic and cruelty. Put simply, we optimize to prevent fraud and protect profits, and in the process punish patients for being ill. So I'm going to be working on that. If you have experience with healthcare activism, or contacts with major national media and political figures, please contact me with suggestions or experiences that might be helpful.

I got several very helpful responses. As a result, yesterday I drafted two PR/media pitches for my new effort. One was positioning my story as a one-shot opportunity for a guest column or a media piece. The other was positioning my story as a potential short run or open-ended series. This led to some interesting conversations with Lisa Costello, among other things on the subject of whether I could use the term "late life" to refer to my current situation, and where the boundary was between late life and end-of-life.

The pitches are off to a couple of knowledgeable people to review and critique. In mean time, here's the current draft of the series pitch so you can see where I'm trying to go with this:

Jay Lake is a multiple award-winning author of science fiction and fantasy, and parent of a teenaged daughter, who is entering his fifth year of living with Stage IV metastatic colon cancer. Now considered incurable at age 48, he is grasping at the cutting edge of medicine with full genomic sequencing while at the same time navigating the waters of late-life and end-of-life healthcare and personal finance issues.

Almost a million dollars has already been spent keeping Lake alive this far. He's outlived 92% of his cancer cohort. The combination of medicine at the frontiers of technology and navigating the byzantine world of health insurance, hospital billing and disability insurance can be emotionally and financially crippling.

This is a world every American is at risk of entering with a bad fall down the stairs, a cardiac event or a bout of cancer. An articulate, experienced communicator, Lake writes and speaks eloquently on an ongoing basis about the challenges and personal costs of seeking treatment when you've outlived the clinical flowcharts, and what it's like to depend on the latest developments in science and technology to eke out one more year of life.

I realized something important as I was working on these: I've finally accepted my identity as a sick person. This is who I am.

One of my emotional and mental struggles all along this cancer journey has been whether to see myself as "regular Jay" or "sick Jay". Cancer as I've managed to experience it over the past five years is quirky. I'm very ill for while, almost entirely with surgical recovery or chemotherapy side effects. Then I'm (almost) fine for a while, in the troughs between treatment. This dichotomous state left me in perpetual tension over how to approach everything from parenting to personal finance to romantic relationships. Was I a sick guy who was healthy sometimes? Was I a healthy guy who was sick sometimes?

This might sound a bit like arguing about whether a zebra is white with black stripes or black with white stripes, but if you consider the problem for a few minutes, you see where it leads. Some pretty fundamental decision making is impacted by the question of where one stands on this scale. And unlike illnesses that can present as both progressive and inescapable, until recently mine has continued to switch on and off.

Except now my cancer is most likely both progressive and inescapable. I've been formally classed as incurable. I restart chemotherapy on Friday, March 8th, and will probably never be out of treatment again in my life. We're not giving up on fighting hard for a cure, or at least a treatment — hence the genomics testing, the forthcoming effort to secure additional treatment options via a second opinion, and so forth — but absent a surprising turn of events, I'm done with my days of being "regular Jay".

"Sick Jay" is who I am now, and who I'll almost certainly be for the rest of my unfortunately foreshortened life.

Hence the way I positioned myself in the PR/media pitch draft. And that's a big step. I'm becoming who I am, and this person is someone I never, ever wanted to be. Not mortally ill at 48. Not watching my independence and options slip away bit by bit. Not watching my world narrow and darken.

So I will do the best damned job I can of being this me until my time and energy are gone. I will not stop fighting the ravages of cancer and its discontents. This is me now.