Diversifying our family’s reading: children’s and young adult books — Stacy Whitman discusses YA and children's SF by and about people of color.

The Bitter End — We turn to doctors to save our lives -- to heal us, repair us, and keep us healthy. But when it comes to the critical question of what to do when death is at hand, there seems to be a gap between what we want doctors to do for us, and what doctors want done for themselves. Oddly enough, I had a long conversation just yesterday with my doctor about precisely this topic. (Via Steve Buchheit.)

World's most insane rope swing — This makes my head spin. (Via .)

The Humans With Super Human Vision — An unknown number of women may perceive millions of colors invisible to the rest of us. One British scientist is trying to track them down and understand their extraordinary power of sight. (Via Daily Idioms, Annotated.)

40% Of Americans Now Make Less Than 1968 Minimum Wage — Adjusting for inflation and productivity gains. The obvious solution is to lower tax rates on the wealthiest Americans. Look how well that's worked out so far! (Snurched from Slacktivist Fred Clark.)

N.H. Lawmaker Says Some People Might ‘Like Being In Abusive Relationships’ — Those Republicans, always keeping it classy and keeping it real for the womenfolk of America.

Chief Justice Roberts' Long War Against the Voting Rights Act — Well, this will certainly help ensure that the votes of "real Americans" aren't drowned out by those pesky urban voters, if you know what I mean, wink, nudge.

Why Scalia is Wrong about Voting as “Racial Entitlement”: Texas’ Long History of Minority Vote Supression — Scalia, wrong about something? Unpossible! Why, Justice Scalia is the standard bearer for the principled intellectual consistency of conservatives everywhere.

How Reagan Promoted Genocide — Despite their frequent claims to the contrary, the evidence is now overwhelming that Reagan and his advisers had a clear understanding of the extraordinary brutality going on in Guatemala and elsewhere, based on their own internal documents. As they prepared to ship military equipment to Guatemala, White House officials knew that the Guatemalan military was engaged in massacres. I'm not actually convinced Reagan knew much of anything, as his Alzheimer's was fully on display well before his second term (see the first presidential debate of the 1984 election cycle for evidence of this), but it's unsurprising that this man is the patron saint of the party that brought us the unmitigated disaster of the Iraq war. (Thanks to .)

QotD?: What is that preserved down in the barn? 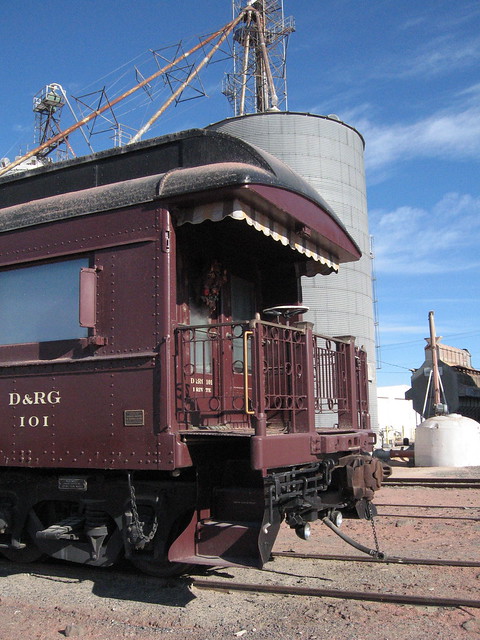 Hospice and Palliative Care
Yesterday, Dad, Lisa Costello and I met with my primary care provider. We discussed palliative care and hospice as pre-planning for end of life options down the road. Nothing particularly surprising came out of the conversation, though I did learn a bit more about the distinction between palliative care (treating for pain relief and quality of life rather than cure) and hospice (a mechanism for delivering palliative care at or near end-of-life). In Oregon, most hospice care is in-home. Also, health insurance companies generally will not cover hospice care while life-saving treatments are still underway. This means that in most cases I could not enter hospice care while still receiving chemotherapy. There are some exceptions depending on the precise nature of the chemotherapy.

Second Opinions in the Lone Star State
Also, thanks to endless hours of effort on Dad's part, we have finally nailed down the M.D. Anderson appointments. The three of us are flying to Texas on Friday and spending the weekend visiting friends and familiar (to me, at least) places in Austin. We'll be in Houston from Sunday night on, with a whole series of appointments Tuesday, and Wednesday and Thursday open for follow-up appointments. We're currently scheduled to fly back Thursday night of next week, with oncology and chemotherapy appointments at my home hospital on Friday March 8th, followed by the open dinner and my Powell's reading that evening. Action packed week, in other words.

I'll also note in passing that the intake process at M.D. Anderson is severely flawed. Dad handled most of this, but it was weeks of runarounds, misleading information, failures to followup on their part, and them repeatedly missing their own deadlines. Frustrating as heck. It is my profound hope that their medical practice is vastly superior to their administrative practices.

Persistently Annoying Insurance Problems
I received a phone call yesterday from my home hospital's billing department on the issue of my oncologist being billed as out of network with my health insurance carrier. That would be call number twelve and twenty-one people spoken to thus far on this issue without reaching any satisfactory conclusion. I was told my account would be placed in "no billing" status until the hospital and my insurance carrier resolve their mutual billing issues. I guess my last round of bitching and escalation bore some fruit. At least it's no longer up to me to carry the water on this. Not for now, at any rate.

Likewise, I recently had an issue with some health insurance coverage for . According to the processing notes, recent claim for her was denied because she wasn't covered by my insurance carrier. Which is absolutely not true, and turned out to be human error at their end — some piece of account data had been miskeyed, and the software had rejected it. Still, this took me the better part of forty-five minutes on the phone to get fixed. Because if I don't watch this stuff like a hawk and stay on it, it ain't gonna get fixed.

Social Disruptions
Just lately my social life has been restarting. Except not without pretty significant disruptions in the process. The dilatory foot-dragging from M.D. Anderson meant I'd missed the window I'd left open in my schedule to go see them, based on their original guidance, and have had to cancel several important-to-me social and professional commitments. Likewise, the general chaos of late means I've had a lot of trouble (re)connecting with some of my friends, at least one of whom has taken my lack of availability in very bad part, as a personal affront. This is just my life now, part of me adjusting my identity as a sick person to recognize that I don't have the time or energy to keep up with everyone and everything I used to be able to keep up with. That makes me sad. All the more so when the people around me aren't able to recognize the issue and accept it.

I will be in Houston next week along with Dad and Lisa Costello for second opinions at M.D. Anderson Cancer Center. As I'll be in Texas much of the week, I am declaring an open dinner in Houston, TX on Wednesday, March 6th, 2013. We'll meet at 6 pm at:

If you think you're going to be there, let me know so I can get a rough headcount. Also, should M.D. Anderson add appointments to my schedule which cause a conflict with this dinner, then I can let you know.