From a Garret Near Holborn — A number of interesting squibs anent publishing from Scrivener's Error.

Canada’s North, Home to Bears, and Once, Camels

On Jupiter's Moon Europa, Underground Ocean Bubbles Up to Surface

Chasing the Higgs Boson — At the Large Hadron Collider near Geneva, two armies of scientists struggled to close in on physics' most elusive particle.

Protesting Too Much About #OverlyHonestMethods — This is both funny and not. Which is kind of the point of the article.

Bikes cause global warming because you exhale CO2, GOPer says — Being a conservative mean never having to keep in touch with reality. And people vote for morons like this... 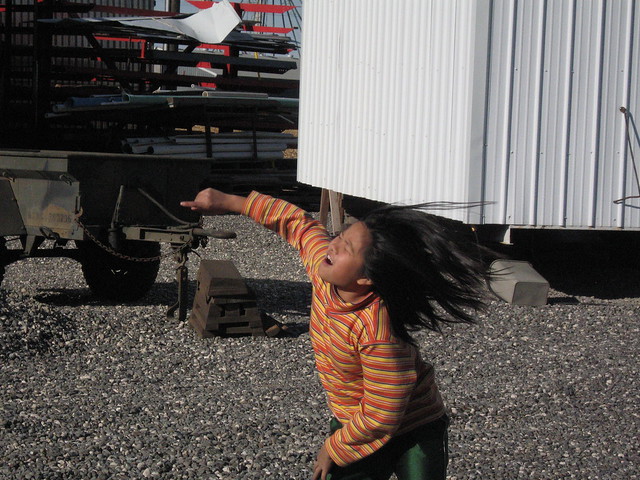 Yesterday, Dad, Lisa Costello and I met with an oncologist at M.D. Anderson. Donnie Reynolds was there, too, documenting.

The oncologist conducted a very thorough physical examination of me, and discussed my medical history in some detail. They then went over their view of my treatment options, focusing as my medical oncologist back in Oregon has recently come to do on treatments for life extension rather than treatments for cure.

Basically, there are two options. One is to continue with the treatment guidelines which we have been following. The other is to engage in investigational/experimental treatments.

Regarding option one, the oncologist at M.D. Anderson believes that the right way to proceed is to shift directly to Regorafenib, which is third down the line in the current treatment plan at my home hospital. Their logic for this is that we have effectively proven that the proposed continuation of Vectibix will be ineffective given my most recent metastases, and they feel it will be a waste of my time and effort.

The other option is to embark on a investigative/experimental clinical trial. The oncologist said if I were local to Houston, they would enroll me in a current trial combining Erbitux (Cetuximab, a close cousin of Vectibix/Panitumumab) and Aflibrecept, which the investigators believe will facilitate the effectiveness of the Erbitux.

The challenges of enrolling in an investigative/experimental clinical trial out of state are immense, and we are still working to understand the rewards. As the oncologist here in Houston said, there's no particular guarantee of success down any path. They declined to give a firm recommendation, saying this choice was up to me. My parsing of their comments about effectiveness is that none of my choices have an especially high probability of success.

I did speak to a knowledgeable friend afterwards about the question of why I would choose to go the route of investigational medicine when there were still approved treatments available. Their response was that for late stage patients such as myself, Stage III clinical trials can sometimes be more effective. My cancer has proven resistant to most of the available drugs within the clinical guidelines, so doing something new has a better shot. Also, patients in clinical trials are monitored much more closely than patients in mainstream treatment, which can have a positive effect on outcomes.

I also spoke on the telephone yesterday evening with the M.D. Anderson oncologist, who confirmed they have talked to my medical oncologist back in Oregon about the treatment recommendations. I'll be seeing the medical oncologist at home on Friday, so we can review these outcomes and consider next steps, such as whether to make a serious effort at working out the logistics of a clinical trial in Houston. This very much includes significant questions about the impact on , should I need to relocate to Houston for a while, not to mention chemo caregiving, finances, and so forth.

There's still the potential wildcard of the genomic testing results, which I am expecting to see any day now. Also, we have a meeting today with the chief scientists from the group doing the clinical analysis, which will both shed more light and further muddy the waters.

At this point, it is very unclear to me which direction I might choose to follow. I have questions out to both the M.D. Anderson oncologist and my home hospital oncologist, and am awaiting more answers from them, which may influence my choices. It's a tough call at best.

This is a repost, in case you missed the announcement previously.

I am in Houston right now along with Dad and Lisa Costello for second opinions at M.D. Anderson Cancer Center. I have declared an open dinner in Houston, TX today, Wednesday, March 6th, 2013. We'll meet at 6 pm at:

If you think you're going to be there, let me know so I can get a rough headcount. Also, should M.D. Anderson add appointments to my schedule which cause a conflict with this dinner, then I can let you know.