Asimov’s for April/May 2013 (3 of 3) — In which my novella "The Stars Do Not Lie" is held up as an example of bad fiction. (Honor is restored, however.) Proving once again that the story truly does belong to the reader.

The Telegraph on Sex — Cora Buhlert with a roundup on British commentary on literary sex scenes. Mmm, literature.

A Photo Service That Understands the Contents of Your Images — Everpix organizes photos after analyzing them with software that can detect things such as animals, outdoor scenes, and people. Is this really a good idea?

Sinkhole Science: A Primer — An expert weighs in on causes—and which areas are most vulnerable.

The Law of the Tongue — Humans have trouble honoring treaties with each other, what are the chances they’d respect a contract signed with another species? Pretty good … at least in one case. (Snurched from Daily Idioms, Annotated.)

NOTE: Do Not Kill Yeti Except in Self-Defense

Earth at its warmest since last ice age - and temperatures are still rising — More of those liberal "facts" and "data", which of course being part of reality, good conservatives can safely ignore.

Antiscience “Academic Freedom” Bill Dies in Kansas — I have no doubt these same state governments will continue to try to pass bills that curb our children from learning and blind them to the real world. And while they do so, that very same world is still warming up. And species are still evolving. And the Universe adds another few years to its already considerable 13.73 billion year age. That’s the way things are. Ah, conservatives. Stunting the minds of children everywhere in America.

What China’s hackers get wrong about Washington — No one can carry out complicated plans. All parties and groups are fractious and bumbling. But everyone always thinks everyone else is efficiently and ruthlessly implementing long-term schemes. Um, maybe. (Snurched from Slacktivist Fred Clark.)

What happened to Orson Scott Card? — Now there’s a furor from the right, that this is a left wing witch hunt against people who disagree with their agenda, to economically punish those who don’t toe some political line. I disagree quite strongly. This is not some freedom of speech thing, not some despicable and childish refusal to engage with those who disagree politically. I would defend to the death Card’s right to speak his beliefs, but the hell if I have to stock it on my shelves if I’m the owner of a comic book store. And the hell if I have to draw the panels into which those words are written if I’m an artist. Card has the right to speak, but so do all these other people. To my view, Card's depth of bigotry crosses the line from the usual conservative irrationality into something much akin to mental illness. He would literally condemn people I love to death: this isn't reasonable disagreement over an objectively debatable point, this is vile poison that gains undue traction and attention due to Card's prominence. I feel very, very sorry for the misery Card lives with inside his own head that makes him think this way.

Honey, I shrunk the bigots — A new study released today, and summarized by the Washington Post, shows that opposition gay marriage is shrinking, and now generally resides in only three pockets of Americans: white evangelicals; old people; and uneducated whites. The rest are basically on our side. It's nice to be on the right side of both morality and history. Maybe someday the GOP will catch up.

Medicaid program helped Will Weatherford's family after all, he admits — Florida House Speaker Will Weatherford reversed course on Wednesday and said that health care provided for his brother was covered under Florida's Medically Needy program, which is financed by Medicaid. So ends a mystery that developed a day earlier when Weatherford, R-Wesley Chapel, voiced opposition to expanding Medicaid in his opening day speech of the 2013 legislative session. I am reminded of Craig T. Nelson's angry, moronic remark that "I've been on food stamps and welfare, did anybody help me out? No." Ah, once again we bathe in the light of the justly famed intellectual consistency of conservatives.

New York NRA Official Barred From Having Guns After Altercation With Wife — Yep. Guns definitely make us all safer, especially with the NRA safeguarding our right to threaten our spouses in the privacy of our own homes.

QotD?: Can you ever really go home? 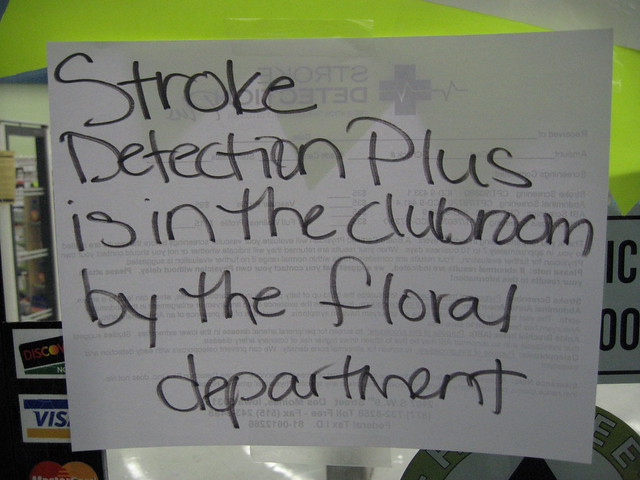 I'll be reading from Kalimpura [ Powell's | BN ] tonight, Friday, March 8th, at the Powell's Cedar Hills location. This will be my one and only formal public event for the book due to my continued battle with cancer.

As is usual, I'll have an open dinner from 5 pm to 6:30 pm, at McMenamins Cedar Hills, at the north end of the same retail complex Powell's is in. If you're planning to come to the dinner, please do let me know in comments or via email so I can include you in the headcount.

Due to chemotherapy, I've cancelled all my other convention and workshop appearances through this summer (at least), so if you want to see me on the hoof and Hawaiian clad, this is your only chance. Due to the reduced chemotherapy prescription I'm embarking on, this will be the first of a small series of public events and appearances I'll be doing this spring, and into the summer if my health holds up. Hope to see you there.

I am back in Portland from Houston. There I had my second opinion consultation at M.D. Anderson, and also met with the Chief Computational Biologist from Appistry, the company that is doing the analysis of my DNA sequencing. I've learned a lot, which has mostly served to confuse me further.

At the moment, I am at a crossroads. Let me 'splain.

No, there is too much. Let me sum up.

My current health status is "No Evidence of Disease", or N.E.D. That means they can't find any tumors in me right now. That does not mean that I am cured, or even in remission.

N.E.D. is my friend. But he's a fickle friend. Given the compression of the time between my metastases, and the increasing spread of my metastases when they do occur, it's a virtual certainty that the cancer will return, probably in a fairly ugly form. That return could already be occurring right now. I will be extremely surprised to make it through the summer without such a recurrence, given the accelerating timing of my metastatic frequency. At this point, with my history, the cancer can be assumed with a high degree of confidence to be present throughout my liver (and possibly much of the rest of my body) as tiny, undetectable microtumors.

I've demonstrably failed to improve on several drugs or drug combinations, including FOLFOX, FOLFIRI, Avastin and Vectibix. This means I've exhausted all the first and second line treatments for metastatic colon cancer. There's one more drug in the treatment flowchart which might help me, called Regorafenib. Even there we're talking about positive response rations in the low double digits, I believe something on the order of 20%.

In other words, whether I take the next chemo round or not, there's a 4 out of 5 chance I'll have exactly the same outcome: further progression of my cancer.

Even if the Regorafenib is successful, that's overwhelmingly likely to be a deferral rather than a cure. It takes on average less than a year for an active, persistent cancer to adapt to the selection pressure of the drug and begin to prosper even under treatment. There's nothing in the treatment flowchart after Regorafenib, so at that point I'm seeking experimental therapies or other wildcard options.

My medical oncologist here in Portland wants to treat me prophylactically with Vectibix until the next metastatic event. They then want to transition me to Vectibix plus Irinotecan (the core drug in FOLFIRI) as a holding action. This saves the Regorafenib for two steps down the road.

The M.D. Anderson oncologist disagreed strongly with this plan. They felt that since I'd failed to respond to either Vectibix or FOLFOX, it was simply a waste of time to put me back on those drugs. Rather, they recommended going for Regorafenib now.

I understand the tension here. It mostly has to do with me now being considered incurable. My Portland oncologist is playing for time. Their feeling is that while there's a good chance the Vectibix won't be effective, it's worth a shot, and we save Regorafenib for later, when we need it more. The M.D. Anderson oncologist is looking at the most aggressive treatment now. Neither one of them is wrong, it's just a difference of approaches.

Meanwhile, down at M.D. Anderson there is an early-phase clinical trial I'm eligible for that is combining two existing drugs, Dasatinib and Cetuximab, with a FOLFOX backbone. (I misstated this drug combination in an earlier blog post.) They're looking for an improved reaction to the Cetuximab, which is a close relative of Vectibix, mediated by the Dasatinib, which isn't normally used to treat my kind of cancer. This trial presents a lot of issues for me. The biggest of those is that I would have to live in Houston for months, away from my core support system of friends, family and loved ones; and that I would be away from for months. Travel back and forth is possible, at least initially, but we know from experience that FOLFOX is extremely physically debilitating and cognitively impairing, so after the first two or three sessions, I'd be grounded in Houston. Insofar as I can tell, the odds of this succeeding aren't any better than the odds of the Regorafenib succeeding, and there's far less clinical evidence that I will gain anything. A shot in the deeper dark amid a treatment process that is made up of nothing but shots in the dark.

We're also waiting for a much bigger shot in the dark. The DNA sequencing done through the Acts of Whimsy fundraiser may yield new treatment directions we can't currently anticipate. That information will come back in preliminary form in another week or so, and in detailed form in several weeks. (This is a rather more lengthy response time than I originally understood, but I know why, and am comfortable with the delay.)

No one can tell me which of these paths has the best likelihood of producing results for me, because no one knows. I'm being told I need to make the decision as the patient, but it's hardly informed consent in any meaningful sense when even my clinicians can't characterize the best path for me to follow. No one knows what will work for me, and none of the choices are all that likely to pay off anyway.

I have a CT scan this morning. (Which of course may upset the whole applecart by showing new metastases now, ahead of even my pessimistic estimates of time of recurrence.) Then I'll see my medical oncologist this afternoon. Then I might have chemotherapy, and I might not. Then, well, we'll see. Because I really don't know what to do. And how could I?

I'm down at the crossroads, but cancer will never drive me to my knees. Only to my grave, in its own good time.