The Professor, the Bikini Model and the Suitcase Full of Trouble — A world-renowned physicist meets a gorgeous model online. They plan their perfect life together. But first, she asks, would he be so kind as to deliver a special package to her? Uh huh. (Via David Goldman.)

Researchers: We may have found a fabled sunstone — Viking open water navigation! How it works. (Via .)

What happens when Mississippi paper covers a lesbian wedding? — nd good for them. (Snurched from Slacktivist Fred Clark.)

Focus on the Family Works to Change Its Message — I am highly cynical of stories like this. After all the vile evil Focus on the Family has wrought, why should I trust them now to be anything but more sophisticated Christianist bigots? Even the message being sent now amounts to, "Respect my freedom to oppress you."

Guns In Classrooms: South Dakota Governor Signs Law Allowing Teachers To Arm Themselves — What could possibly go wrong? Everyone knows guns are a force for morality and goodness in our society.

QotD?: What are you reading? 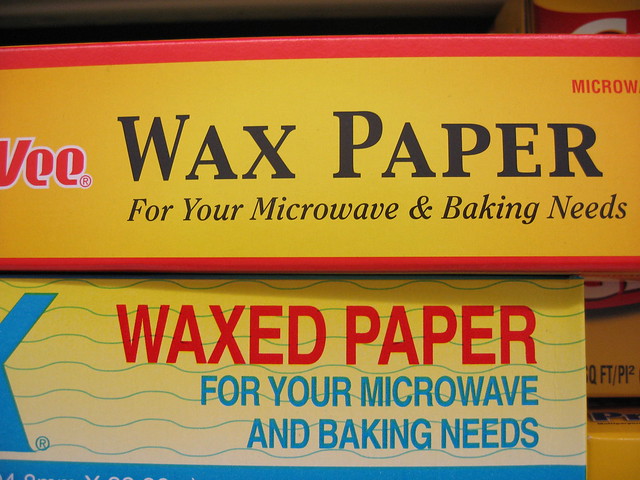 Yesterday's dinner and reading was a lot of fun. We had a good turnout for the pre-reading meal, about 15 people. Here's the table full of us, on the McMenamin's patio: 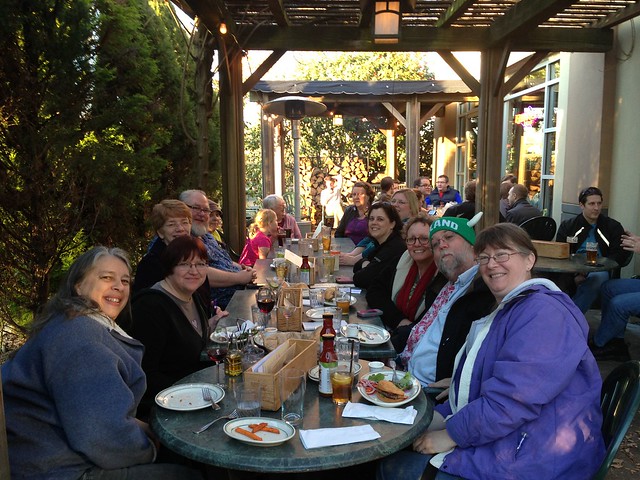 Going clockwise from the lower left, I think I can capture all these names. , Debra Stover, Janet Happe Lunde, Brian Hunt, Rachel Sinclair Hunt, the Niece, (a/k/a my mom), , Michelle Carlson, Jenna Miller, Stacey Hale Hankins, Jersey Girl in Portland, me, Lisa Costello. is taking the picture, and MtnSk8tr is out of the frame.

Also, gave me this fetching hat: 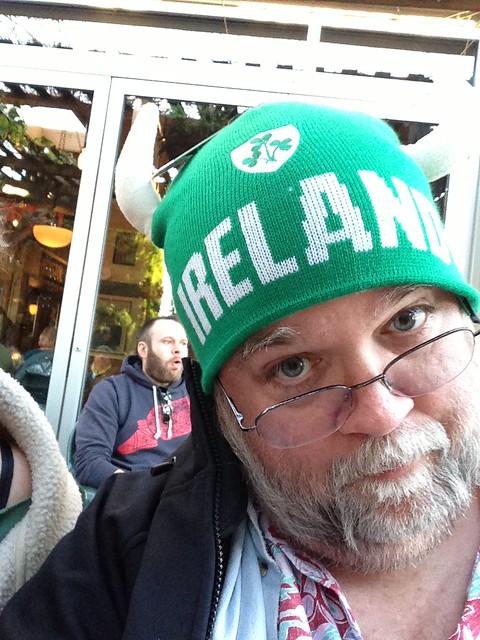 Which I wore through dinner and partway through the reading.

We had a pretty good turnout at Powell's. Peter Honingstock did his usual wonderful job of hosting. I tried to shoot some footage for Donnie Reynolds, which resulted in moderate hilarity around adjusting the field expedient camera stand. I spoke briefly about some of the things going on in my writing and personal life, read the very beginning of Kalimpura, then the calming-the-storm scene from the book's second section, took some Q&A, and a signed a bunch of titles. All in all, it was quite a good evening.

Yesterday was a big day of oncology for me. Lisa Costello and I went in mid-morning, rode the aerial tram to the main hospital, and got my CT scan done. After that, we went back down the hill and met Dad for lunch, where we talked over my options, much along the line of yesterday's blog post [ jlake.com | LiveJournal ]. After that, we saw my medical oncologist.

That consultation pretty much followed those same lines of discussions. My doctor informed me that my CT of that morning was clear. This is an immense relief. I get at least two more months of my (relatively) normal life. I reviewed my Houston trip, then laid out my views of the options going forward: doing nothing, enrolling in that study, embarking on a chemo series with Regorafenib, or embarking on a chemo series with Vectibix. Plus the nuances of waiting for the DNA sequencing results, and the question of multi-agent therapy while on the Vectibix.

My oncologist pointed out that one of the challenges of managing the DNA sequencing results was going to be that almost any possible treatment suggested by that data would be off-label. This means that health insurance generally won't cover the treatment, and likely my only access to the drugs in question would be through a clinical trial. While I think I was aware of this issue before, I hadn't really focused on it until now. Their point was that waiting for the DNA sequencing results wouldn't necessarily men then embarking on a course of treatment. So if we started either Regorafenib or Vectibix now, we could just stop it again and shift to a new course, if that worked out.

Another thing we discussed was the clinical window for resuming therapy after a surgical resection. I'd understood that to be within eight weeks of surgery. Apparently, this is significant for non-adjuvant chemotherapy, where tumors are known to remain in the body. In my case, with adjuvant chemotherapy — prophylactic treatment in hopes of suppressing or deferring further tumor formation — the clinical window is far less important.

As my oncologist said, "You can't make a wrong decision here." What they meant by that is we don't really know which course of action will be the most effective. Which I already knew, somewhat to my frustration.

We talked about the value of each course, and came back to my stated priority of maximizing life extension. If my priority was quality of life, doing nothing for now would probably be the right choice. But given my profound need to be present for for however many months or years we can scrape out of what's left of my life, resuming chemotherapy, whether on an adjuvant basis (ie, "we don't know what good this will do, but it might help") or via enrolling in the Houston trial (ie, "we don't know what good this will do either, but it might help") seemed to be the right choice.

At this point, I've discounted entering the Houston trial. The dealbreaker for me is the combination of it being an early phase trial, and the use of the FOLFOX backbone forcing me to relocate to Houston for an extended period of time. The discussion shifted back to the choice between Regorafenib and Vectibix. My oncologist felt that keeping the Regorafenib in reserve for a future metastatic presentation was probably the best option for life extension, but again, no one knows for sure. So even though we know the Vectibix has a low probability of being effective at delaying the onset of my next metastasis, that probability is non-zero.

My oncologist also prescribed Celebrex in order to give me a second agent (it is a COX-2 inhibitor, which may have an effect on my cancer progression as COX-2 is implicated in lower GI cancers).

Vectibix isn't expected to be nearly as crippling for me as the full treatments have been, but it will still induce the terrible skin conditions and acute photosensitivity I was experiencing last fall. Which complicates life for me quite a bit. I'm putting up with this in the hopes of buying a few extra months disease free.

Loosely speaking, here's what I learned or relearned yesterday: