'Lucrative Work-for-Free Opportunity' — Ta-Nehisi Coates on getting paid for writing.

Teeny-tiny Portland park has an itsy-bitsy theft — Ah, Portland. (Via .)

Did researchers find a new branch on the tree of life in Lake Vostok? — Reports that it's entirely new are a bit premature.

Reality TV for the Red Planet — (Via David Goldman.)

Illustrating Wealth Inequality — Emma K. submitted a sobering illustration of wealth inequality in the U.S. It compares American ideal distributions of wealth, with what they think it is and what it really is. Suffice to say, Americans wish for more equal distributions, but the reality far outpaces their worst nightmare.

State Party Considers Firing Chairman for Embracing Gay Marriage — “This issue is not about me. It’s about the direction of the party going forward,” Brady said. “It just plays into a national narrative of the GOP as closed-minded.” Hate to tell you this, buddy, but the GOP being closed-minded ain't just some "narrative", it's the stone cold reality of conservative politics.

Officer Who Fired Shot In New York High School Suspended — A New York town that began assigning an armed police officer to guard a high school in the wake of the Connecticut massacre has suspended the program after an officer accidentally discharged his pistol in a hallway while classes were in session. After all, what could possibly go wrong with more guns?

QotD?: Where will you go today? 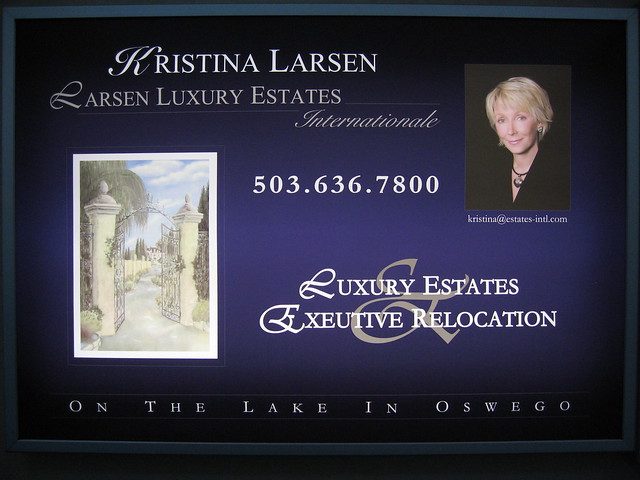 An advertisement which boldly goes where no proofreader has gone before. Photo © 2007, 2013, Joseph E. Lake, Jr.

Yesterday was crazy-busy, so while I got a lot of needed household stuff done, I didn't spend enough time with either or Lisa Costello.

Off to Omaha today for a week of Day Jobbery. Unfortunately my flight was cancelled, so I'll be in quite a bit later than expected, as my rebooked flight has a much less favorable connection. Guess I'm having dinner in DFW.