Jay Lake Benefit Auction at Gaslight Gathering — Huh. I just learned about this myself.

Female Protagonists — In which Green her own self gets a quick nod.

Sex chemistry 'lasts two years' — Couples should not worry when the first flush of passion dims - scientists have identified the hormone changes which cause the switch from lust to cuddles. (Via a friend who probably prefers to remain anonymous.)

Ice Age Creationism — I continue to wonder whether the folks at AiG are working to make Christianity look as foolish as possible, even while claiming their aim is to promote it.

Stuxnet Missing Link Found, Resolves Some Mysteries Around the Cyberweapon — (Via David Goldman.)

Loudoun teen fatally shot by homeowner identified — Yep, we are all so much safer when gun owners can shoot confused teenagers dead.

City Council Member Who Wants Prayer at Meetings: ‘This is a Government Institution, Not a Secular Institution’ — And the harder he tried to disprove the Bible using science, the more he found that the Bible proved science. I will say this: Christianity is not a religion. And I see laughter, but it’s okay. I was younger once, too, and as we grow older we’re exposed to things in this life. Wisdom, I always say, comes with gray hair and if you don’t have any gray hair, you’re too young to have wisdom. The smug stupidity of religious conservatives is breathtaking. (Snurched from Slacktivist Fred Clark.)

Demographics and the Future of the GOP — Jeb Bush told CPAC that the Republican party had an image problem. "Way too many people believe that Republicans are anti-immigrant, anti-woman, anti-science, anti-gay, anti-worker." People have good reason to believe those things. But the “way too many” suggests that the GOP’s problem is not image or brand, it’s demography. Well, duh. The GOP has gone to a lot of trouble to brand itself as anti-immigrant, anti-woman, anti-science, anti-gay, and anti-worker. Why are they surprised?

QotD?: Have you flown sick? 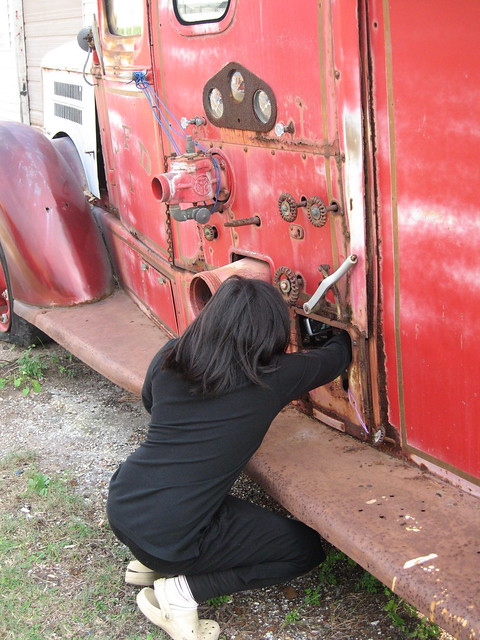 Despite all the chest cold issues this week, I am off to Orlando this morning. I'll be at ICFA through midday Sunday. I decided I'd regret not going even more than I'd regret the hassle of traveling while sick.

If you're in that end of the Sunshine State, drop by and see me. If you're already attending ICFA, all the more so.

Meanwhile, this will be a vacation for me. Reading, relaxing, the company of friends, and some writing.