The First 10 Pages: Science Fiction & Fantasy Boot Camp: 3/26/13 - 3/28/13 — Starting tomorrow, I'm co-teaching an online course from Writers Digest University on novel beginnings. This will led by writer (and friend) Phil Athans, with assistance from agent Carlie Webber and myself.

Nerd Nite #1: Sex, Dying, and the FUTURE! — A reminder, I'll be talking about cancer and genomics tomorrow evening in Portland.

Cancer halted in five patients after treatment with own genetically modified cells — Results of the early-stage trial demonstrate that it may be possible to use the gene-therapy technique to control cancers in relapsed patients. (Via .)

How Straight People Paved the Way for Gay Marriage

The county where no one's gay — At least, not if they value their lives. Ah, Sarah Palin's "Real America".

QotD?: Did you wake up where you expected to? 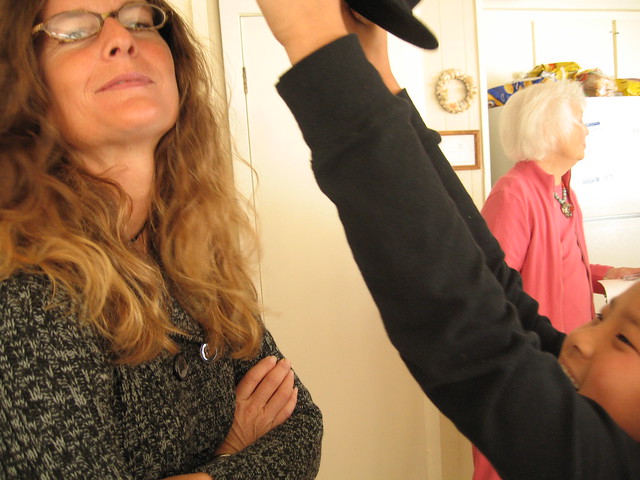 On March 26th through March 28th, I will be doing something new for me. I'm co-teaching an online course from Writers Digest University, The First 10 Pages: Science Fiction & Fantasy Boot Camp: 3/26/13 - 3/28/13. This course on novel beginnings will led by writer (and friend) Phil Athans, with assistance from agent Carlie Webber and myself.

I've done a ton of workshopping over the years, and enjoyed it a great deal. I've done private critique and mentoring. But I've never done online teaching. So this will be a new experience for me. Hopefully a good one for both me and the course participants.

Check it out, if you're at a career development stage where this might be useful. And if you know anyone who could benefit, pass the word.

Due to high winds in Orlando yesterday, the aircraft for my flight to Dallas was an hour late getting in. They boarded us, taxied out onto the runway for takeoff, then got caught in a 50+ mph squall that shook the plane hard where it sat on the ground and made the world outside about as visible as a murky aquarium. We sat on the runway almost another forty-five minutes. This caused me to miss my connecting flight from Dallas to Portland. This is turn caused me to take a flight four hours later, which was itself running late due to unusual jet stream activity.

Lisa Costello and met me at the airport. We didn't get back to the house until almost 1 am. Today is a workday, which normally starts at 6 am for me. You do the math. Plus I have chemotherapy this afternoon.

I predict no writing will happen today, and I also observe I woke up exhausted, which will probably prove to have been my high point. I'd better be in shape tomorrow given that I've got the Writers Digest online course and the cancer lecture at Nerd Nite.