War of the worlds: who owns the political soul of science fiction? — In the sci-fi genre, two diametrically opposed ideologies are battling it out as leftwing writers embrace otherness, while the rightwingers look up to authority. Although my personal sympathies should be blatantly obvious, why should anyone own the soul of SF, so to speak? Right wing fiction has as much to say as left wing fiction, regardless of my individual opinions. (Via an interesting linkdump from Cora Buhlert.)

Literature from Librarians: Great Reads Written by the Experts

Landfill Harmonic: An Upcoming Documentary About the ‘Recycled Orchestra’ in Cateura, Paraguay — People are amazing. (Via .)

This is your brain on music

Google Glass hits production — The first Google Glass devices have been finished and are expected to ship imminently, the company has confirmed. I would love to have these, but even if I did, I couldn't use them until they're available with prescription lenses.

Is Nasa looking in the wrong place for life?

Dark matter experiment CDMS sees three tentative clues — Researchers have revealed the first potential hints of the elusive material called dark matter at an underground laboratory in the US.

Human cycles: History as science — Advocates of 'cliodynamics' say that they can use scientific methods to illuminate the past. But historians are not so sure. (Via Daily Idioms, Annotated.)

Margaret Thatcher and misapplied death etiquette — The dictate that one 'not speak ill of the dead' is (at best) appropriate for private individuals, not influential public figures. This bit is especially to the point: Demanding that no criticisms be voiced to counter that hagiography is to enable false history and a propagandistic whitewashing of bad acts, distortions that become quickly ossified and then endure by virtue of no opposition and the powerful emotions created by death. When a political leader dies, it is irresponsible in the extreme to demand that only praise be permitted but not criticisms. (Via .)

Are there Any Solid Arguments Against Same-Sex Marriage? — The case against same-sex marriage seems, to me at least, muddled, odd and paltry. A Christian blogger talks about the opposition, and finds the same point progressives have made for years. When you take away bigotry cloaked in religious freedom as an excuse, there is no rational opposition to same sex marriage. (Via Slacktivist Fred Clark.)

The Limits of Good Faith — Ta-Nehisi Coates on Rand Paul. Rand Paul went to Howard University, lied, and then got his ass kicked. That's not so bad. I got my ass kicked regularly at Howard. That was the reason my parents sent me there. But having gotten his ass kicked, his answer is to not to reflect but to make an allegation of racial discrimination.

John Kerry: Foreign Students Aren’t Studying In U.S. Because They Fear Guns — From a certain conservative perspective, I suspect this is good news.

Guantanamo Commander Orders Single-cell Living For Detainees — Lifetime imprisonment without charges or trial, in solitary confinement. Yes, America is definitely a beacon of liberty and the rule of law the world over. (Via .)

PSA: Ignore the news — The brilliant Charlie Stross is wise about the Boston bombings in his own lateral way.

Boston Marathon Calamity Shows Value of Social Media — It might be no surprise that immediately after the explosions at today’s Boston Marathon, social media sites became the best way for the public to obtain on-the-scene reports. But notably, it also became the best way for classic news media to report. Even more than that, the long minutes after the news broke showed just how superior social media is for finding answers to your own personal concerns. (Via David Goldman.)

Can the Boston Bombings increase our Sympathy for Iraq and Syria, for all such Victims? — Terrorism has no nation or religion. But likewise its victims are human beings, precious human beings, who must be the objects of compassion for us all.

Trapped by the Base — I see little reason to believe that the staunch conservative bloc will wither away or splinter; it will remain a dominant force in the GOP and on the national stage. At the same time, however, I see no indication that its ideas about policy, governance and social issues will gain new adherents. They are far beyond the mainstream. (Via Slacktivist Fred Clark.)

QotD?: What do you think? 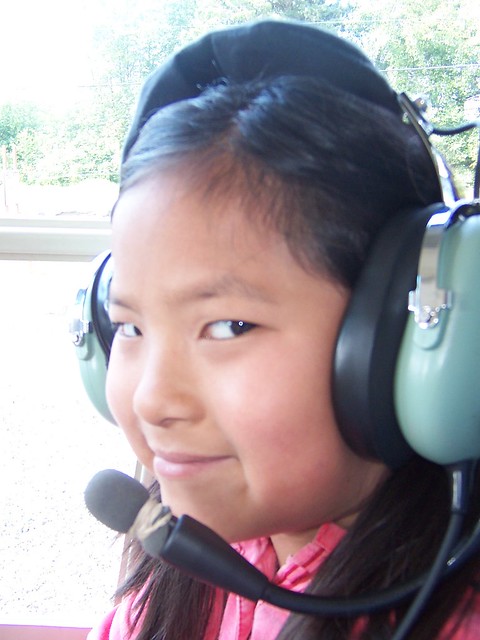 We will make another check of my CEA levels at next Monday's chemo, but I am not scheduled for the CT scan until Tuesday, 5/7. I won't have a formal diagnosis until after the CT scan. However, the likelihood that this is a false alarm is rather low. More to the point, even if the new metastasis somehow is not happening right now, it will soon enough. There has been an awful inevitability about this since we learned the outcomes of the January surgery.

I'm power-cycling through a number of difficult reactions. The sons of Mars nip at my heels. This is expressing itself in part as a much higher priority on sorting through the material here in the house before I become so ill I would not be up to the task. Hence yesterday evening's plunge into the Basement of Terror, which resulted among other things in the uncovering of my eighth grade English teacher's year-end farewell note to me. This read, in part, "If you were thirty years older or I were thirty years younger..." Which both very amusing and more than a tad odd.

Also, here's the text of an email I sent my primary care doctor yesterday:

I had a very unfavorably high CEA reading last week. I have a CT on 5/7, and I'm seeing [my medical oncologist] on 5/8, but it would be thoroughly unsurprising if I were presenting with a new round of liver mets. Given that surgery is no longer an option due to the fragility of my liver, this may be the beginning of my end game. If not right now, almost surely sometime within the next year or sooner.

A question I'd been wondering about was the progress of late stage liver failure. As I understand my most likely current prognosis, that is likely to be my cause of death. Is there delerium, dementia or cognitive failure associated with that process? I'm wondering if I should make some plans around mental incapacity.

The number of horrors which I have to parse as a part of my everyday life just keeps mounting.

First and foremost, my heart sorrows for those caught in the Boston bombings of yesterday. The dead, the injured, their friends and loved ones, the first responders and volunteers; everyone. The date and venue of the attack is just a twist of the knife, I suppose.

I don't consume broadcast media other than the odd snatch of NPR in the car, or watching online videos of segments which for some reason have been recommended to me or caught my eye. My understanding of the bombings thus far has been from a mix of (mostly) liberal blogs and the some news Web sites, as well as secondary commentary from those sources.

While I have my own private views of what is likely to be uncovered about the perpetrators, I am the first to acknowledge those views are currently not grounded in any facts whatsoever. Therefore I decline to speculate in public pending reliable evidence emerging.

What I will say is this: I hope for swift justice tempered by mercy. I likewise fervently hope that we can avoid another national paroxysm of retributive anger like that engendered by 9-11. Despite our manifold imperfections, we are a nation of laws, and a people who value a moral and orderly world. Our internal disagreements are for the most part about what those ambitions mean.

Please, let America be lawful and orderly in our response to this terrible event.