Reviewing the Nebulas: The Novellas — I’m not a fan of Lake’s writing. Generally, I find it hard to parse his stories, it’s something about my brain stumbling over his word choices. I’m also no fan of steampunk. So the fact that I enjoyed this story, that it’s the best thing of Lake’s I’ve ever read, is some sort of minor miracle. Heh.

My Reddit Fantasy AMA — Essentially an open source interview with me by several dozen questioners.

For Whom the Bell Tolls — The inexorable decline of America’s least favorite pronoun.

Interactive map plots locations of more than 100 million species — This strikes me as being awfully useful for writers as well as scientists.

What Happens When You Wring Out a Washcloth in Space — Mmm, science. (Via .)

Exploring the Grand Canyon — The view from space.

Poor, cute bunnies likely to get eaten when the snow melts early — Hares change coat color for winter based on the calendar, not the conditions. Nothing to do with climate change, of course. Just ask any Republican.

Barcodes let scientists track every ant in a colony — A team of Swiss scientists glued barcodes to hundreds of ants living in six laboratory colonies and recorded all of their movements for more than a month. Now, there's a job description.

Brain Research, as Only Vegas Can — Weird doings.

When tragedy turns to joy — People doing good. (Via .)

The Chosen Few: A New Explanation of Jewish Success — Congregationalism and individual literacy?

Fathers and Sons and Chechnya — Juan Cole on the heritage and family dynamics of the Boston bombing suspects.

Chechens, Czechs, whatever — This kind of ignorance drives me batty. This is basic knowledge about the world.

Building a Picture of the Bomb Suspects through Social Network Analysis — Police can obtain huge quantities of social network data, but must sort out the junk to glean useful information. Hmmm.

How did Jesus come to love guns and hate sex? — One of many, many reasons I am an atheist is issues like this. Because matters of faith are heavily privileged in our society, religion has a vast power to make people very stupid without ever being challenged on it. Mind you, that's not an inherent property of religion, and likewise people make themselves stupid in myriad other ways, but the confluence of faith and stupidity is toxic. (Via Slacktivist Fred Clark.)

LePage Spins Windmill Conspiracy Theory — It’s hard to trust any policy stance of someone who is either so incredibly gullible or is willing to cynically and habitually lie in such a transparent way in order to advance his own agenda. Um, that would be every single conservative politician in the United States. At least every conservative who won't condemn evolution denial, doesn't stand up to climate change denial, won't condemn Birtherism as arrant racist nonsense, believes in supply side economics, or supported the Iraq War. Like I said, every single one.

NH GOP back in news – for the wrong reason — Once more, conservatives in the gun culture exhibit their justly famed calm rationality in the face of perceived adversity. Are you proud of your Republican party?

Architecture review: Bush presidential library is fittingly blunt — Really, they could have installed it in a restaurant booth. How much room do you need to store My Pet Goat? That's about all they have left after shredding the incriminating evidence.

QotD?: Did your bear have no hair? 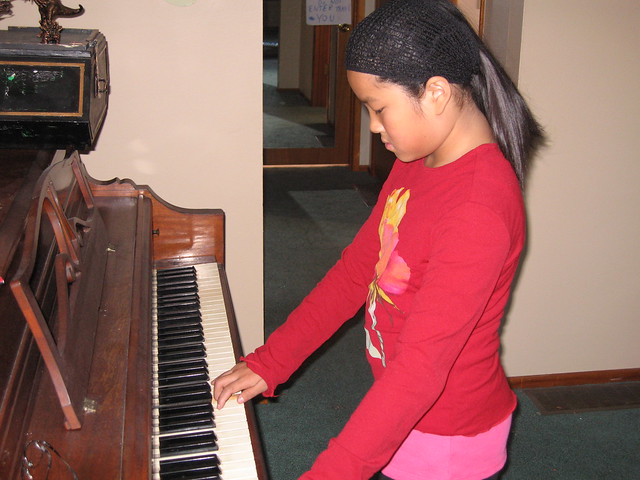 Remember my billing problem? The one I talked about here: [ jlake.com | LiveJournal ] Fundamentally, my hospital and my insurance carrier cannot seem to agree on how to bill my oncologist visit of 1/7/2013 as in network. Despite the fact that they have been in network for every visit in the prior years, and they have been in network for every subsequent visit in 2013. Just not that visit, which has resulted in me being repeatedly billed for out-of-network charges as patient responsibility.

As of yesterday, I am up to my thirteenth or fourteenth phone call, and about twenty-two people spoken to on this problem. (I have kept written notes on all of this, I just lack the patience to go back and count it all up right now.)

Back on 2/27, after raising some fairly serious heck, I was told this particular claim would be "taken out of patient pay status" until it could be resolved. So of course, on 4/16, the hospital mails me a bill on which this same out-of-network charge has reappeared once more as "Patient Responsibility."

Mind you, my visits to my oncologist since the misbilled visit of 1/7/2013 have all billed correctly. So clearly they got the problem sorted out. It's just that somehow between the hospital and the insurance company, they can't straighten it out for that 1/7 claim.

I suppose I could just pay the $129.72 that's now due. (It seems to have been adjusted downward from the original $283.59.) I have the money, in part thanks to the exceptional generosity of so many of you reading here. But I will be damned if I will spend it to resolve the mutual incompetence of the hospital and the insurance company.

I politely lost my temper with the billing office representative yesterday. I pointed out to her that she was about the twenty-second person I had spoken to on this matter. I pointed out that I was a late stage cancer patient, and I was going to be damned if I had to spend the last months of my life chasing the same damned bill over and over again when the problem at hand was not my fault and not under my control. I also flatly told her that if this couldn't be resolved in the next phone call, I would open a complaint with the Joint Commission (the body here in Oregon that accredits hospitals) as well as with the Attorney General's consumer fraud division, and the Oregon Insurance Division.

She said she would have a supervisor call me back. I suggested she inform them that I was very irritated, and prepared to go very public with this. I believe the rep took me seriously. Whether her supervisors do or not is another matter, though the words "Joint Commission" do seem to have a strong effect when talking to a hospital here in Oregon.

I have call notes and a paper trail for every step of this problem. I will have no difficulty documenting my complaint.

But I should not have to.

Per my earlier post linked above, the fundamental problem appears to be a billing zip code mismatch between the hospital and the insurance company. This is not something I have any control over whatsoever.

You know what? In a single-payer system providing not-for-profit universal coverage, these problems wouldn't exist. I wouldn't have spent a dozen hours on the phone, making notes, and worrying about this one single misbilled oncology appointment. So the next time some conservative blowhard sounds off on Obamacare and how we already have the best healthcare system in the world, I have a half-inch thick file of bills and call notes which I will cheerfully shove up their ass so they can go enjoy the best healthcare system in the world first hand.

And good luck to them resolving the billing around their treatment.

Another fear has been bubbling up inside me just this past week or so. This has to do with my process of dying. We know the likely cause of death for me will be liver failure. That will be more clear after my medical appointments on 5/8 and 5/10, but it's the reasonable educated guess at the moment. The more I learn about liver failure, the more afraid and concerned I become about the experience of my last months of terminal decline.

It seems more likely than not that I will encounter mounting cognitive deficits and emotional problems. The mechanism for this is rising levels of toxins in the bloodstream as liver function declines, especially ammonia buildup across the blood-brain barrier.

Which led me to think about this blog. I'll probably keep posting, trying to narrate my experience, until I simply cannot. I now have this vision of a very public decay, my perspective narrowing and my peevishiness rising, my vocabulary becoming constrained and my patience failing, dementia and delerium taking over my discourse. Like reading the last parts of Flowers For Algernon.

What will I be reduced to before the end? How will it read to my friends and family and my audience here?

I am not ashamed. I will not hide this from the written record of my life. It just feels, well, potentially tragic. And fills me with great sadness that I might go out with an extended whimper.

So many things to be sad about as the options close off and the future both narrows and shortens before me.