Researchers find a completely new DNA binding protein — Despite all the genomes we've sequenced, there is something new to be found.

The Party of Morning Joe — Ta-Nehisi Coates on the Democrats, the sequester and the FAA. Yes, this.

Sleeping With Guns — A writer talks about how he shot and killed his friend. The NRA and its deluded apologists are right: guns definitely made both of them safer.

QotD?: Is Monday so good to you? 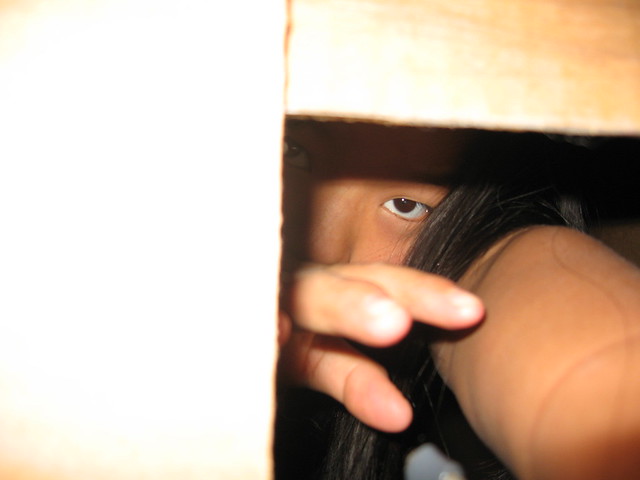 A new independent press deal is in the works. I'll announce shortly, but suffice to say that I am pleased.

I've temporarily stopped working on Original Destiny, Manifest Sin in order to concentrate on my editorial duties for METAtropolis: Green Space. This is all right, as the Original Destiny manuscript is now 40,000 words long. If I needed to abort the project, the working draft is now long and detailed enough that I could make a few thousand more words worth of notes in the synopsis, write a few ending scenes, and have someone else finish it collaboratively. I don't expect that to be the case, but I am thinking ahead.

On METAtropolis: Green Space, and I have divided up the duties of close editorial read and continuity editing. That's one of the challenges of this specific project, which involved a loosely shared world. It's also one of the fun parts.

With respect to my own work, whatever time is left to me once I finish METAtropolis: Green Space and Original Destiny, Manifest Sin will probably be spent writing outlines and story stubs, and seeking collaborators. Also, identifying a few existing stories or drafts which could benefit from an outside eye. One idea I have which may or may not bear fruit is to line up about fifteen collaborators for a posthumous collection of stories by me and each of them. I think that would be a lot of fun, but I'm not sure it has any critical or commercial value beyond my vanity.

My trip to San Diego for my Guest of Honor gig at Gaslight Gathering is this Thursday. Both and Lisa Costello are coming. I am really looking forward to this. Some interesting stuff going down, and, well, it's my probable last chance to play this particular role. Plus I'll try to get more writing done both in transit and while we are there.

It's been eleven days since I hurt my foot. I am still walking with a cane when I go out or use the stairs, though I don't need it at home. This has to do with the fact that injury is almost entirely on the top of my foot, and so if I am barefoot or in stocking feet, I don't have much issue (other than stairs) at this point; but if I am wearing shoes, the pressure of the shoe on the bruise is difficult to manage. I tried exercising last week as is my wont, but that turned out to aggravate the injury, so I have been off the bike. And walking any distance is right out still.

My toe, nine days after the incident

I have to say that the social impact of walking slowly with a cane is interesting. You become both visible and invisible in certain very specific ways. Combine this with my need to cover my face and all exposed skin when out of doors, and people are not reacting to me at all like I am accustomed to. It's also hard to be a flirt when you look like a disabled bank robber.

Mostly, though, this is still very annoying. Both the stupid clumsiness that caused the problem [ jlake.com | LiveJournal ] and the pain and inconvenience of living with the healing process. As I said before, definitely adding injury to insult.