David: Illness and Death — Debbie Notkin with a thoughtful narrative on her brother's death from cancer.

Genomics to reshape endometrial cancer treatment — This is very similar to what we were hoping to do for me.

How to play chess properly — Hahahah. (Via .)

The Robie Metric System — Because he could? Wow… (Thanks to Lisa Costello.)

What's Next for Curiosity? Mars Mountaineering

Bring Your Camera — Some stunning images of arctic ice, courtesy of NASA.

The Twitter Account to Watch If You're Worried About Climate Change — More reality-based liberal lies, of course. Ask any conservative.

While Sequestration Cuts Programs For The Poor, The U.S. Ranks Second-To-Last On Child Poverty — That's what conservative social policies get you. (Via Slacktivist Fred Clark.)

GOP fundraising video mocks grieving Sandy Hook mom who lost 6 y.o. — Ah, those moral stewards of compassionate conservatism. Are you proud of your Republican party? The gun culture has absolutely no shame or conscience.

2-Year-Old Girl Shot, Killed By 5-Year-Old Brother With Rifle He Recieved As A Gift — Because guns make us all safer, right?

Poll: 29% Think Armed Rebellion Might Soon Be Necessary — 44% of self-identified Republicans say that “in the next few years, an armed revolution might be necessary in order to protect our liberties.” Once again, are you proud of your Republican party?

Pat Buchanan joins Manhattan Declarers in ‘civil disobedience’ fappery — All this talk of “civil disobedience” from anti-gay folks like Buchanan and the Manhattan Declarers is just posturing. It’s part of the fantasy role-playing game in which they stroke their egos by pretending that they’re heroic champions of morality. Bigotry is bigotry, no matter how much you abuse the language of civil rights and victimhood to self-valorize. Gay marriage compels absolutely nothing upon people who disagree with it, and takes absolutely nothing away from them. The basic Christianist argument is "My right to take away your rights trumps your right to exercise rights that have nothing to do with me." That's about as un-American as you can get.

QotD?: Ever been to San Diego? Why not? 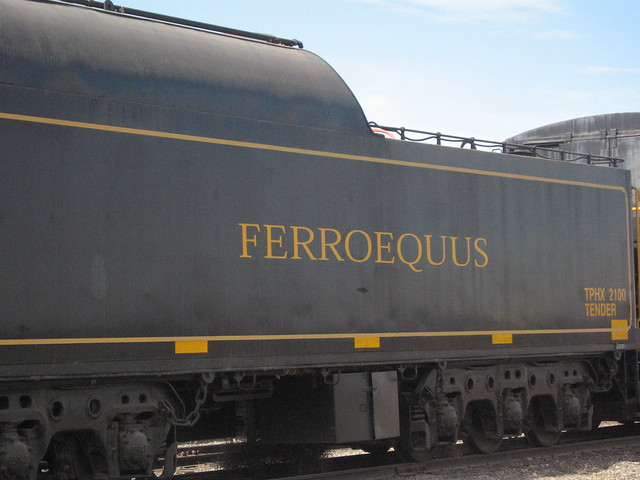 I had a long, complex dream last night. In the first part, I was leading a large, multi-day workshop in a hotel, perhaps in Arizona or New Mexico. It was a lot of fun, emceeing the large group, being a critiquer and teacher in the breakout groups, partying on the patio in the evenings.

Then the workshop ended, and some of us retreated to the home of one of the local participants for an evening afterparty. It was a smaller group now, and people kept drifting off. I was having trouble keeping track of my belongings. For some reason, instead of being on my computer, all my drafts were handwritten in red ink on scraps of paper or in spiral notebooks. I kept dropping and losing the notebooks. The scraps got picked up by other people and used to mop spilled drinks or feed the fire in the chimito.

Eventually I found myself out on the sidewalk in front of the house in the light of morning. My writing was down to a few shoeboxes full of scraps. The notebooks were all gone. And as I kept sorting through the shoeboxes, the scraps were vanishing. Blowing away in the wind, or simply disappearing. I was grubby by then, looking like a homeless man. The crackle of police radios echoed nearby. Soon I would be run off, and probably lose even those few last bits of writing I was clutching so desperately.

You don't need to be Joseph interpreting dreams for Pharaoh to grok this one. I awoke with a deep sense of sadness.

In a couple of hours, Lisa Costello, , and I are off to the airport to fly to San Diego for Gaslight Gathering. Those fine folks have invited me to be their Guest of Honor. How could I say no?

This afternoon when we arrive, we'll be visiting Illumina, the company that performed the primary analysis for my Whole Genome Sequencing. There I will give my talk on cancer and genomics from the patient perspective. After that, we'll be the whole weekend at the convention.

The Gaslight Gathering folks have been incredibly kind and generous, offering me all sorts of support. I cannot thank them enough for the invitation, and very much look forward to spending the weekend with that crew. If you're in southern California, especially San Diego, drop in and see me.