Dream with cancer game — My old friend (whom I first almost a quarter century ago) dreams about me, cancer and gaming.

A Supercell Thunderstorm Cloud Over Montana — Another amazing image from APOD.

Political Extremism Is Supported by an Illusion of Understanding — Asking people to explain policies in detail both undermined the illusion of explanatory depth and led to attitudes that were more moderate. That's the Tea Party in a nutshell, along with most of the conservative movement. It's also why the conservative dominated media machine is so critical to the GOP: Rush Limbaugh saying, "Look, this is simple folks…" helps a lot of people with tenuous positions feel affirmed. Much better for manufacturing angry white males than actually doing the nuance of understanding any issue.

The Conservative Logic of Ferguson’s Smears of Gays, Muslims, Obama and Krugman — I would argue that the reason that conservatives like Ferguson hate Keynes is that Keynes demonstrated conclusively that when the economy goes into a deep recession or depression, the only way to get back out of it is for the government to increase spending. Contemporary conservatives do not want to admit that government plays an indispensable set of economic roles. This is pretty simple, and doesn't require much nuanced analysis. Most conservative ideas do not survive contact with reality. (viz. supply side economics, reduced regulation, PNAC, privatization of social services, almost anything in Republican educational policy, guns, Iraq, climate change, marriage "defense", et cetera ad nauseum.) The conservative response is not to assess the evidence and revise their ideas, but to deny reality. We've seen this played out over and over again, increasingly blatant, in politics and the media over the past few decades. The BEST study of climate change is one of the vanishingly rare counterexamples of conservative intellectual honesty in response to countervailing evidence, and it was widely condemned by media and political figures precisely for that intellectual honesty.

QotD?: What's on your plate? 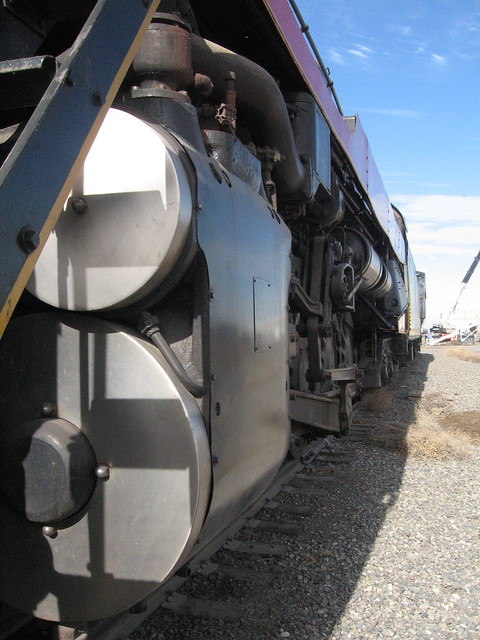 Yesterday was a lot of fun. I had breakfast with The League of S.T.E.A.M., then a day of programming. This included a reading, a guest spotlight, a panel on writing steampunk, and a hilarious hour of improv moderated by Todd McCaffrey. Plus we dropped into Brian Kesinger's birthday party. Today I have an autographing, and then I'm emcee'ing the auction.

Some photos by the :

I am the emcee and auctioneer for today's benefit auction at Gaslight Gathering. I've done this a number of times before, and it's a role I generally enjoy quite a bit. Given my affinity for being the center of attention, this should surprise precisely no one.

The auction has some very good items in it. All of them are donations. Many are from the originating authors or artists themselves, others are people putting items from their personal collections. Still others are goods or services. A couple of these things have some serious "wow" factor. As the weekend has progressed, I've spent time on bid ordering, auction logistics, all the things one thinks about when arranging such an event.

The thing is, the beneficiary of the auction is me. Gaslight Gathering and all these donors are generously raising funds to help me in my struggle with cancer. And that puts me in a curious position. Normally when I'm conducting a charity auction, I spend time talking up the charity, pointing out to people how much their bids will mean, that sort of thing. Except today if I take that approach, I'll be talking about myself.

Normally I have no troubles talking about myself. Lord knows that's not an issue. But talking about myself in a fundraising context like this feels inescapably self-serving. As always, I need to be fun, funny and fast-paced — that's the only way to keep an auction moving along. But it feels so strange.

I am thrilled and pleased beyond measure that Gaslight Gathering is doing this for me. But this will be a very different auction from my usual approach. This produces interesting emotional and social tensions within me.